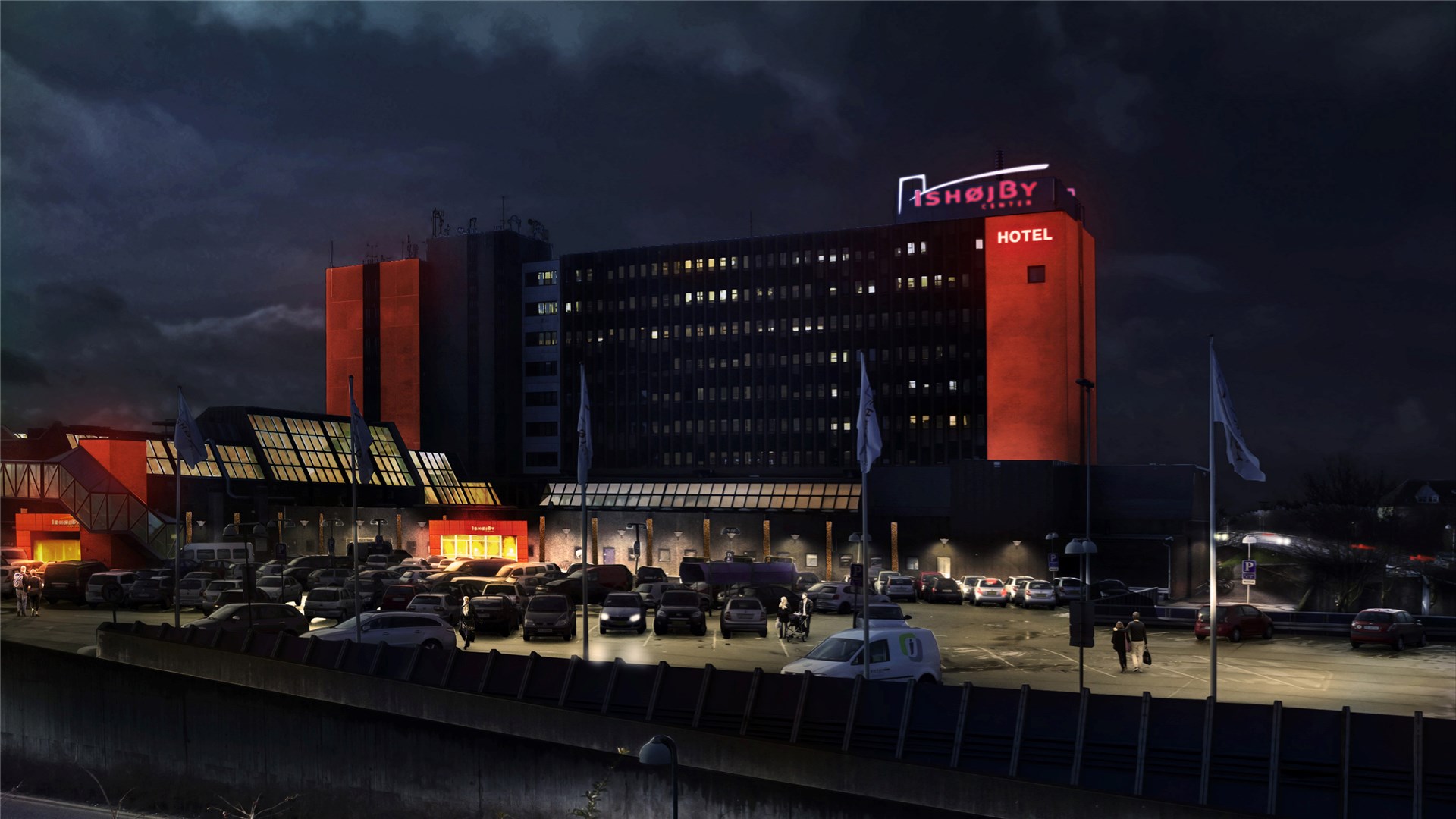 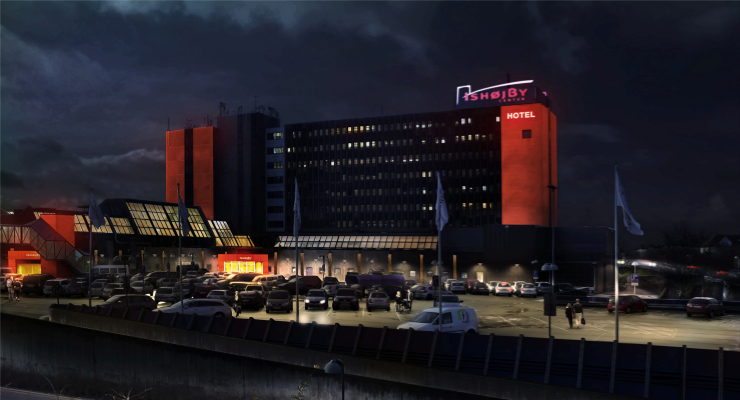 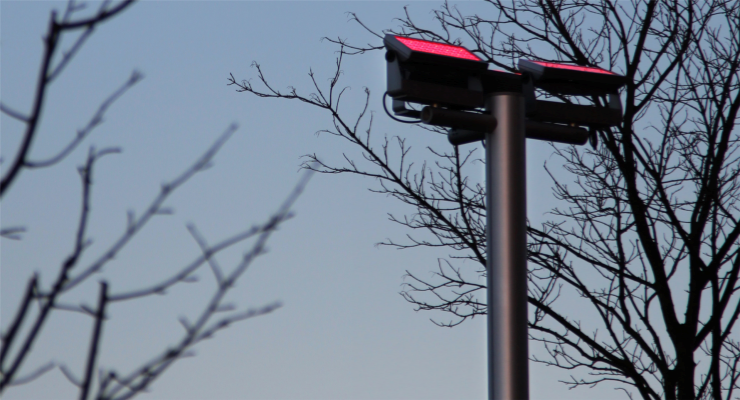 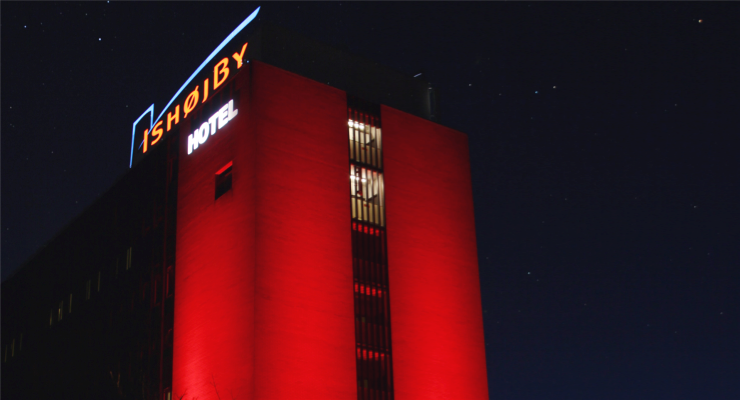 The city of Ishøj have implemented the four basic elements as part of an exciting renewal of its urban areas. SGM fixtures are playing a key role by illuminating the town center building.

We have several outdoor projects, and with SGM having a broad portfolio of outdoor products in compact design and with the latest technology it makes it possible for us to accomplish our projects more easily and effectively – and without compromising the design.

As one of the world’s largest lighting design offices, ÅF Lighting is experienced in creating holistic lighting solutions manifesting the right balance between functionality, aesthetics, and sustainability. With more than 30 years in the industry, ÅF Lighting was offered an opportunity to develop an overall lighting concept for the urban areas surrounding the town center in Ishøj, revolving around the four elements: earth, air, fire, and water.

Implementing the elements
The first part of the concept, implemented in 2012, was based on the element water. The square in front of the train station near the coastline has been furnished with feature and scenographic lighting in blue and green shades, artistic projections of ripples and cohesive wave pattern along a 55-meter-long retaining wall.

The second part commenced in 2013 on the eastern part of the town center building. The many vibrant activities in the center have been interpreted to the element fire and energy, which is now reflected in the smoldering glow from the warm red colors of the façade provided by the SGM P-5 and SixPack.

The latter two elements, earth and air, are dedicated for future lighting projects in the town garden (earth) and for the many bridges connecting the quarter (air).

Selecting the right fixtures
Experienced with earlier generation Palco 3 and 5, ÅF Lighting has previously accomplished architectural projects and events with SGM fixtures stretching from the Palm House in Copenhagen’s botanic garden to the Arena tent for Roskilde Festival.

Frederik W. Borello, Electrical and Lighting Engineer from ÅF Lighting, explained: “We have been very satisfied with the functionality of the SGM fixtures, and consequently we chose to examine the new product range as well.
We place high demands on the quality and design of lighting technology as well as technical features such as efficacy (lm/W), enclosure (IP rating) and last but not least of course the pricing.”

The SGM SixPack blinder and P-5 wash light proved to be the most ideal lighting fixtures for the task and Frederik describes them as easy to integrate into their architecture due to their high IP rating, powerful multicolor LEDs and their compact and minimalistic design.

Installing customized P-5 and SixPack
ÅF Lighting was responsible for the design and project planning, while LTECH A/S ensured installation and mounting of the fixtures. Frederik explained: “The building’s façades are approx. 35 meters high and built in red bricks. The difference in the base construction of each façade rendered it impossible to place all fixtures alike, hence we have gone to lengths to find the optimal placement so that the illumination appears similar from either viewing angle despite the height of the building.”

Six SixPack blinders and 11 P-5 wash lights have been utilized for the initial phase, while another 12 SixPacks and 22 P-5s will be added for remaining western part of the building. The P-5 fixtures have been specified with different spread angles (15˚/21˚/43˚) to ensure the even light distribution, at the same time avoiding light spill onto the adjoining façades.

For one of the façades it was necessary to mount the fixtures onto masts to obtain even light distribution, hence special aluminum luminaire arms were produced; SGM therefore customized some of the fixtures in the same aluminum look to match the surface of the masts and create an overall aesthetic appearance.

Providing safety and regeneration
The town center has been struggling to survive due to stores shutting and increased competition from nearby shopping centers. The intention with the new illumination is to turn the negative developments around for the commercial life in Ishøj, and the building now has an appealing effect, especially in the dark winter season.

The renewal of the façades has created a glowing landmark in the area with the visual reference to the element fire while also infusing safety in the environment.

Cooperating with SGM
Further to the cooperation with SGM to custom-build fixtures with an aluminum look, Frederik said that he was delighted with the positive dialogue between ÅF Lighting and SGM. “We have received a high level of service ensuring that the project was completed within our timeframe and with the features we needed, such as the development of stand-alone software, which previously was not standard for the SixPack fixture.”

Frederik also drew attention to the wireless DMX feature of the SGM fixtures, which will make it easy at a later stage to establish DMX connection between all the fixtures for remote control of the lighting.

Summing up, Frederik said: “We have several outdoor projects, and with SGM having a broad portfolio of outdoor products in compact design and with the latest technology it makes it possible for us to accomplish our projects more easily and effectively – and without compromising the design.”