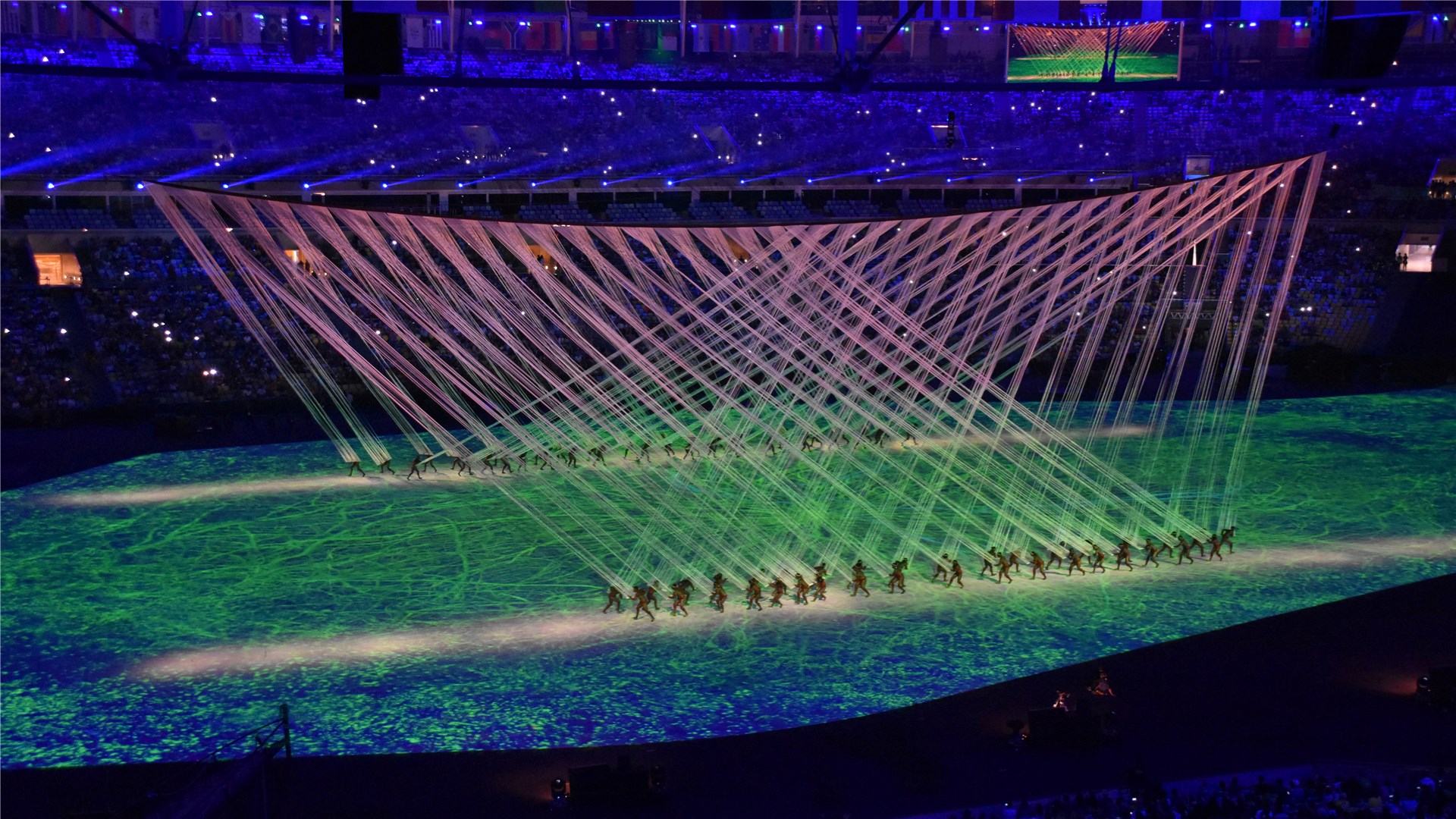 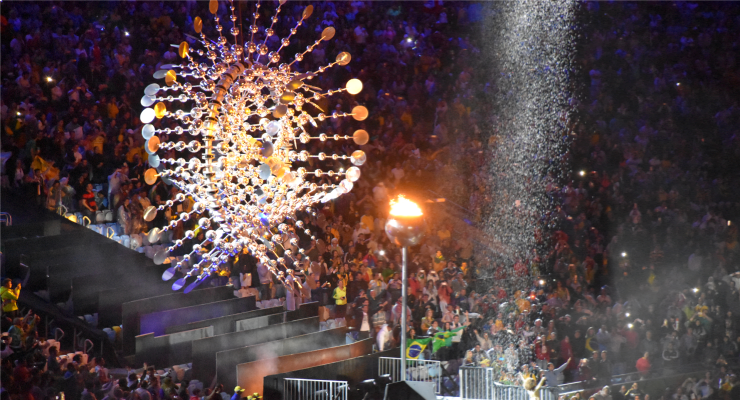 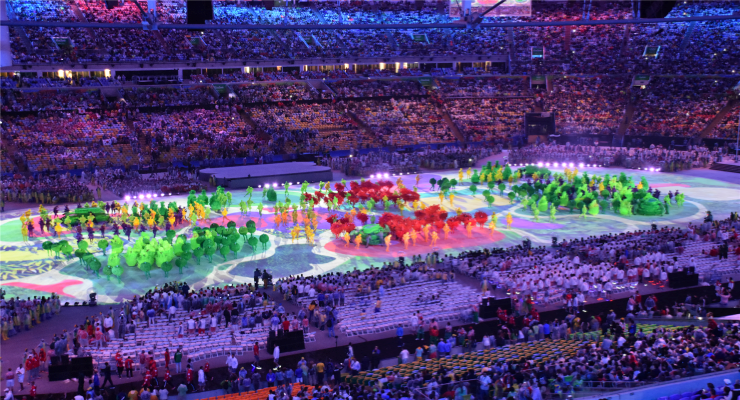 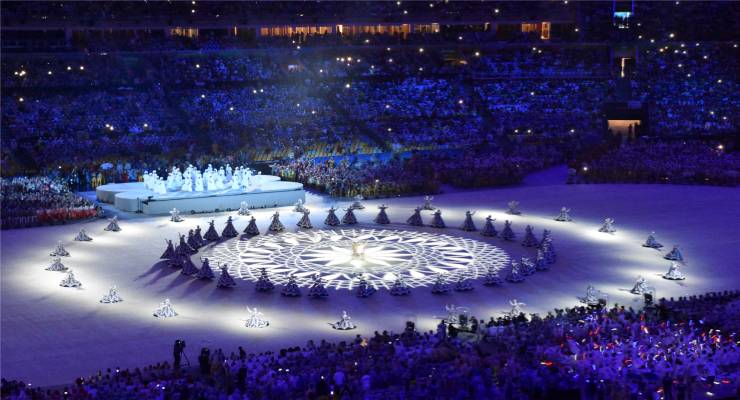 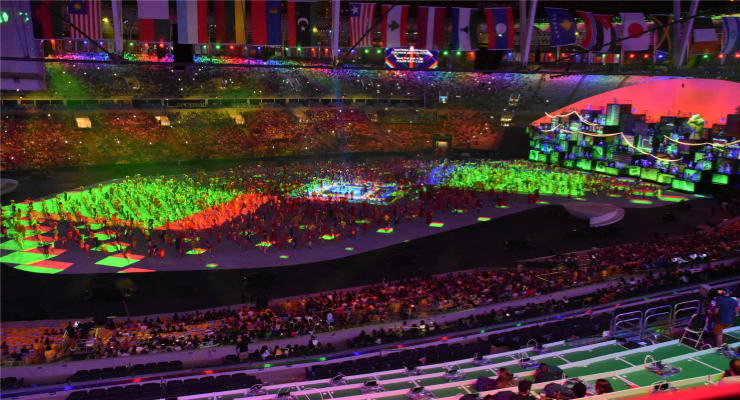 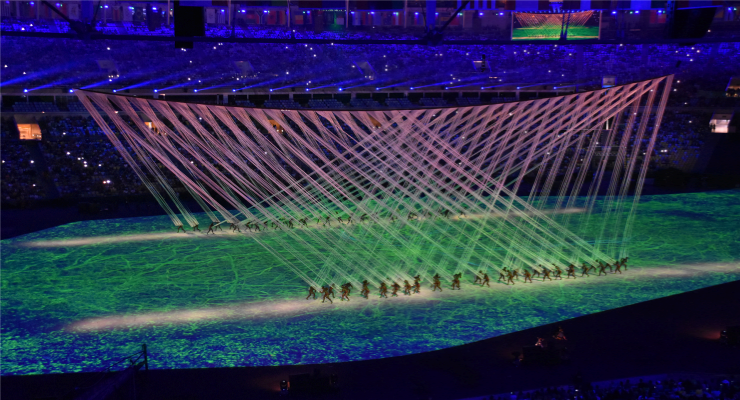 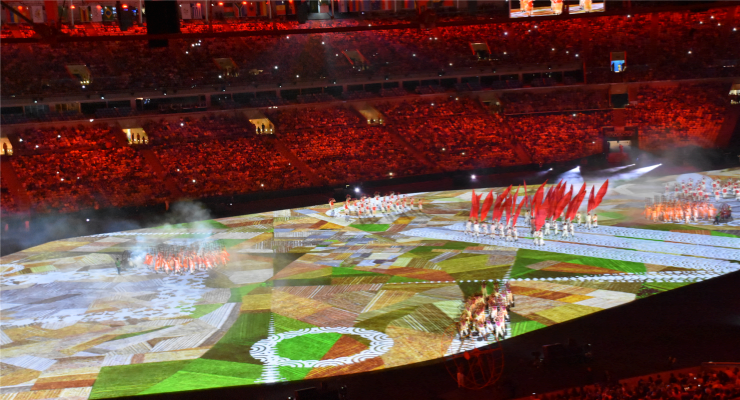 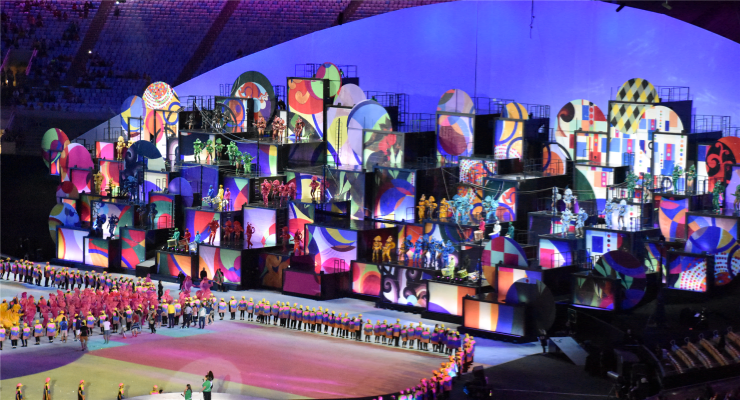 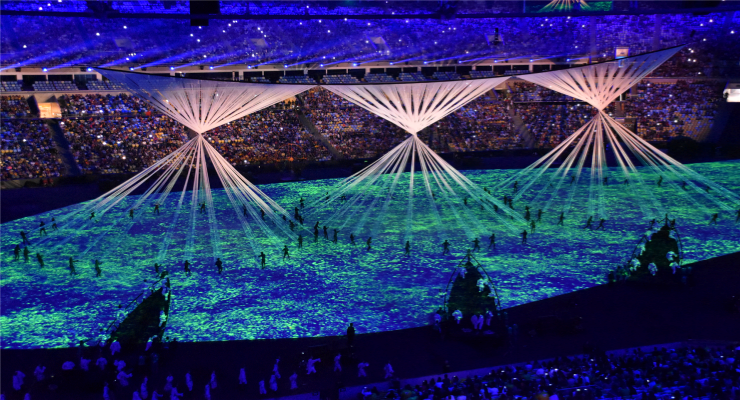 Durham Marenghi designed the spectacular lighting concept for the 2016 Olympic opening- and closing ceremonies and shared with us his reflections and project tech details. As a lighting specialist highly experienced in large scale events, he brought a massive lineup of SGM lighting fixtures including P-2s, P-5s, Q-7s and G-1 Beams for the games.

The G-1s are just unique and allowed us to quickly deploy them where cabled units would not have been possible in time for certain events.

Marenghi is no stranger to lighting design in an Olympic context. He has been involved with the Turin Winter Olympics in 2006, the London 2012 handover at the Beijing Olympics closing ceremony in 2008, and the Sochi Winter Paralympic opening and closing ceremonies in 2014.

The Olympic design challenges
Marenghi and his team were hired by Cerimonias Cariocas 2016 just ten months prior to the opening ceremony, which may be considered relatively late considering the fact that Marenghi worked on the Turin Winter Olympics for four years. As the theme and the content for the Rio ceremonies had already been determined, Marenghi’s brief was to enhance the projected environments of both ceremonies in a more subtle manner than the beam and flash effects, commonly used on several past Olympic events.

To reflect the direction given, Marenghi organized the fixtures in groups, rather than spreading them out along the trusses, in order to create a more defined key lighting as well as a more minimalistic and theatrical feel. The opening ceremony was carried out delicate and theatrical, whereas the closing ceremony was all about partying Brazilian style. Each section of the opening ceremony had an associated artist and style, so Marenghi created designs that followed their palettes. The closing ceremony was themed with carnival and samba, and here the theme also guided Marenghi’s design.

To Marenghi and the team the challenges included hitting the right balance between ‘kissing’ the projections with lights to illuminate the performers, while not washing out the projected images in the performance arena. Compared to a regular stadium show the light levels were extremely low, making it all the more important to deploy lights that were easy to control from a distance. The SGM fixtures, according to Marenghi “fitted that bill perfectly”. Another challenge the Marenghi team overcame, was the fact that all artistic segments ran to a time-coded show, which meant that even minor edits had a significant impact on the lighting.

How to spec suitable lights for tricky Brazilian weather
Marenghi has been a regular user of SGM products for some time. As the Brazilian weather can be rather unpredictable, which was to be proven on the stormy night of the closing ceremony, it was crucial to spec fixtures which would do the job in any weather conditions. Another requirement of Marenghi’s was low power consumption and good optical control from a distance. Thus, he decided to use a truckload of SGM fixtures to realize his designs.

Marenghi used the Q-7s to specifically backlight the audience and to create stadium-wide effects and chases. Also during the Athlete Parade, they reflected the individual colors of the athletes’ various national flags. He said about the Q-7: “It is a particular favorite of mine due to it’s bright washes and dynamic effects which are great for highlighting points in the soundtrack.”

Marenghi said about the P-5s and P-2s: “They are great wash lights; bright, compact, efficient and weatherproof. Because of the optional barndoors they were also completely controllable, which was key to stay off the projections.”

Finally, G-1 Beams were deployed in the opening ceremony just below the cauldron and placed on the floor around the stadium to provide beam effects after smoky sequences, such as fireworks. Marenghi is particularly fond of this little wireless beam fixture because of its high suitability for events requiring quick deployment. He explained: “The G-1s are just unique and allowed us to quickly deploy them where cabled units would not have been possible in time for certain events, such as the all-important torch-lighting sequence. And because they are waterproof, they were ideal to use under the rain effect for the beautiful cauldron extinguishing sequence in the closing ceremony.”

In the wake of the Rio 2016 Olympics, Marenghi and his team can now look back upon two successfully conducted ceremonies. Reflecting on his cooperation with SGM, Marenghi concludes:
“SGM were very supportive of the project and were able to facilitate some last minute lens changes as the athletes' seating got moved. SGM managed to overcome the hurdles of Brazilian import procedures, and we had the right lights and accessories in due time before the show.”