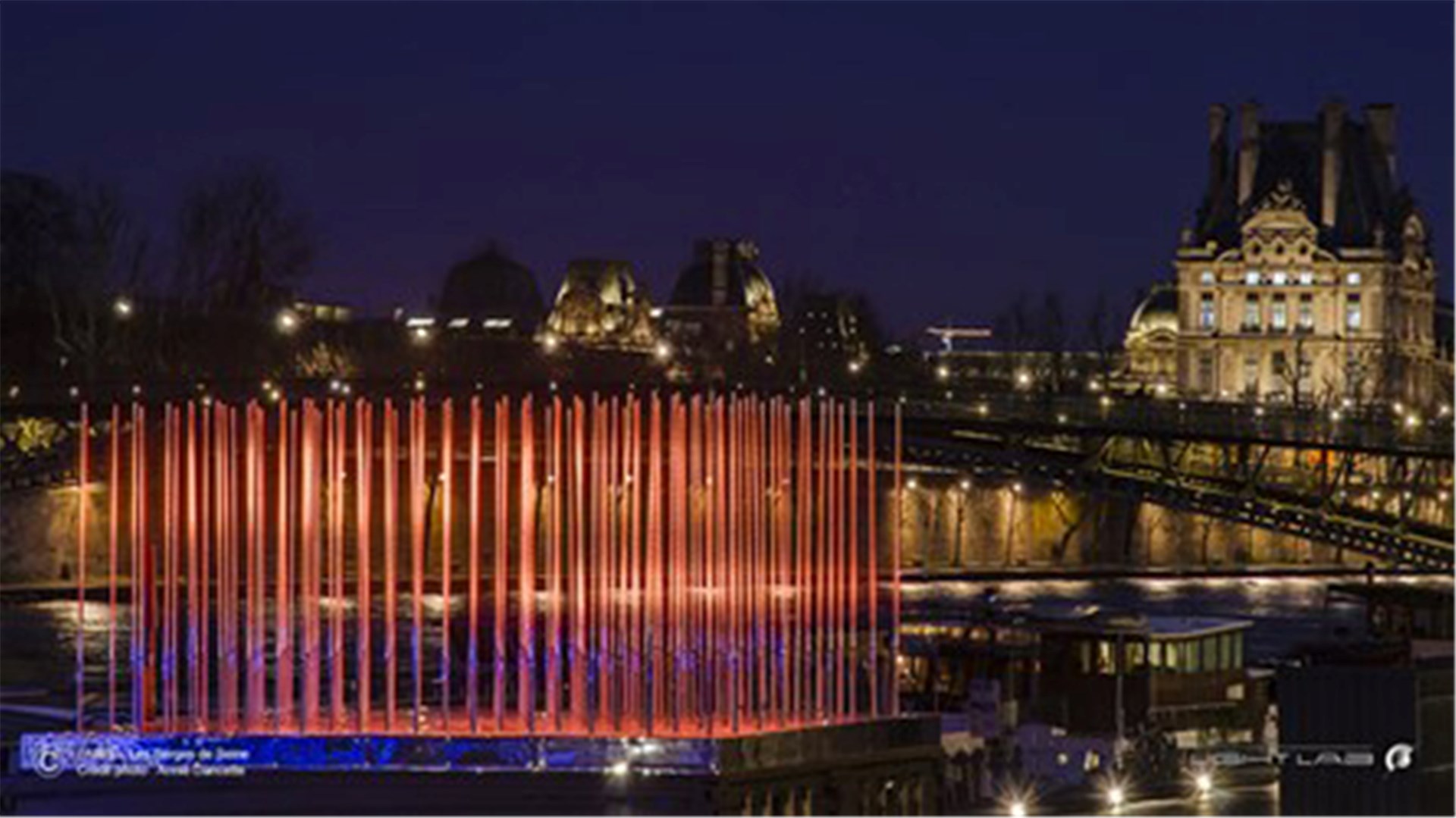 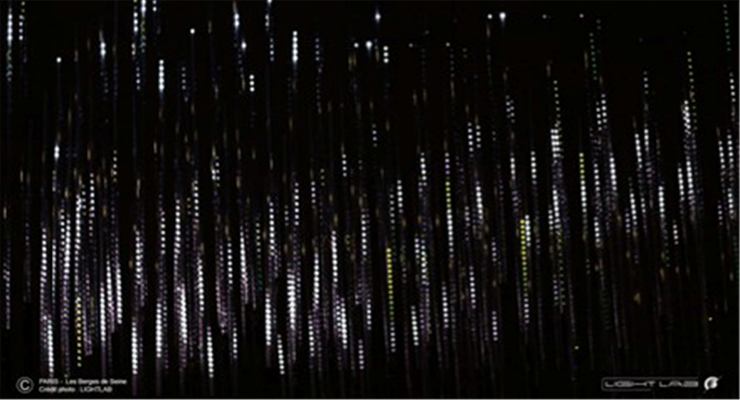 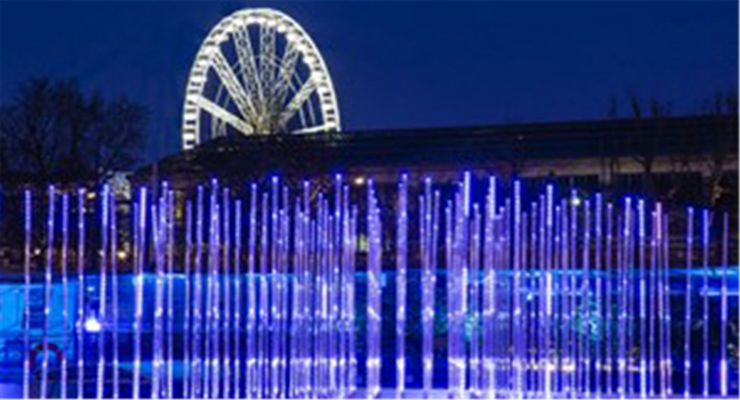 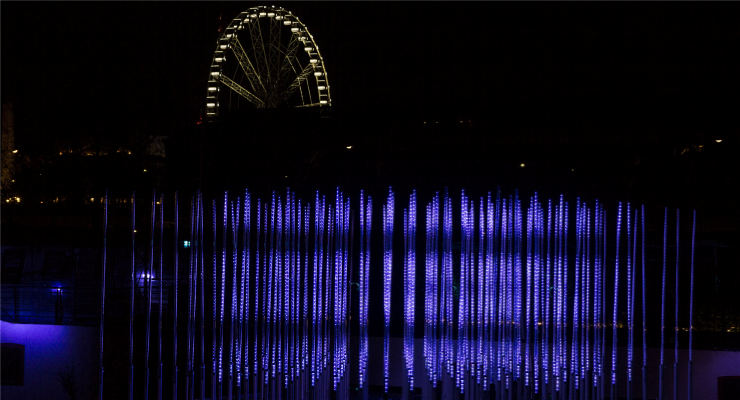 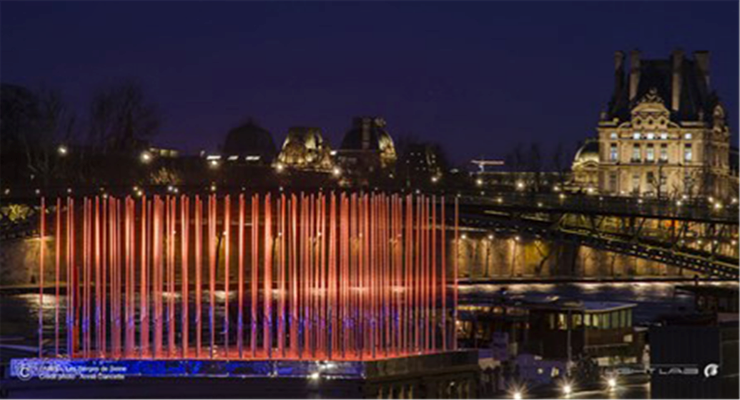 For a winter project, LIGHTLAB created a beautiful light installation on River Seine in Paris for the admiration of the many daily by-passers. For the creative light installation, LIGHTLAB deployed 108 of SGM's LT-200 LED tubes with a total of 1,664 bright points stunningly shaping a tridimensional quadrangle.

During the winter months from December 2014 to February 2015, on the banks of River Seine, LIGHTLAB's installation called "FLUXUS Variation" was admired by the many by-passers in the dark evening hours.

"The intention of this work was to translate and to re-transcribe the various types of flow of our environment," said director of LIGHTLAB, Alexandre Lebrun.

Having created countless designs since 2008, LIGHTLAB utilized their wide pallet of skills, exploring the segments of architecture, visual performances, technology, and the overall experience of lighting. The designers from LIGHTLAB were looking for a solution evoking a permanent vertical flow to create a unique 'city life' impression.

"LIGHTLAB developed 3 scenarios of lights being inspired by the notion of flow; human flows – traffic, attendance, and population, but also the environmental and ecological flows – interminable pollution and wind. These flows are translated by 3D animations using every LED as a pixel of image," explained Lebrun.

For the installation, Lumiére et Son prepared a full set-up consisting of pre-drilled wood risers to vertically mount 108 SGM LT-200 2-metre LED tubes in a 12 by 9-meter matrix, hiding all cabling and Art-Net drivers underneath. The matrix was positioned onto a ground mirror to extend the dimension and depth of the display. Each 3D tube contained 54 LEDs on both sides with a total of 1,664 bright points forming the tridimensional quadrangle.