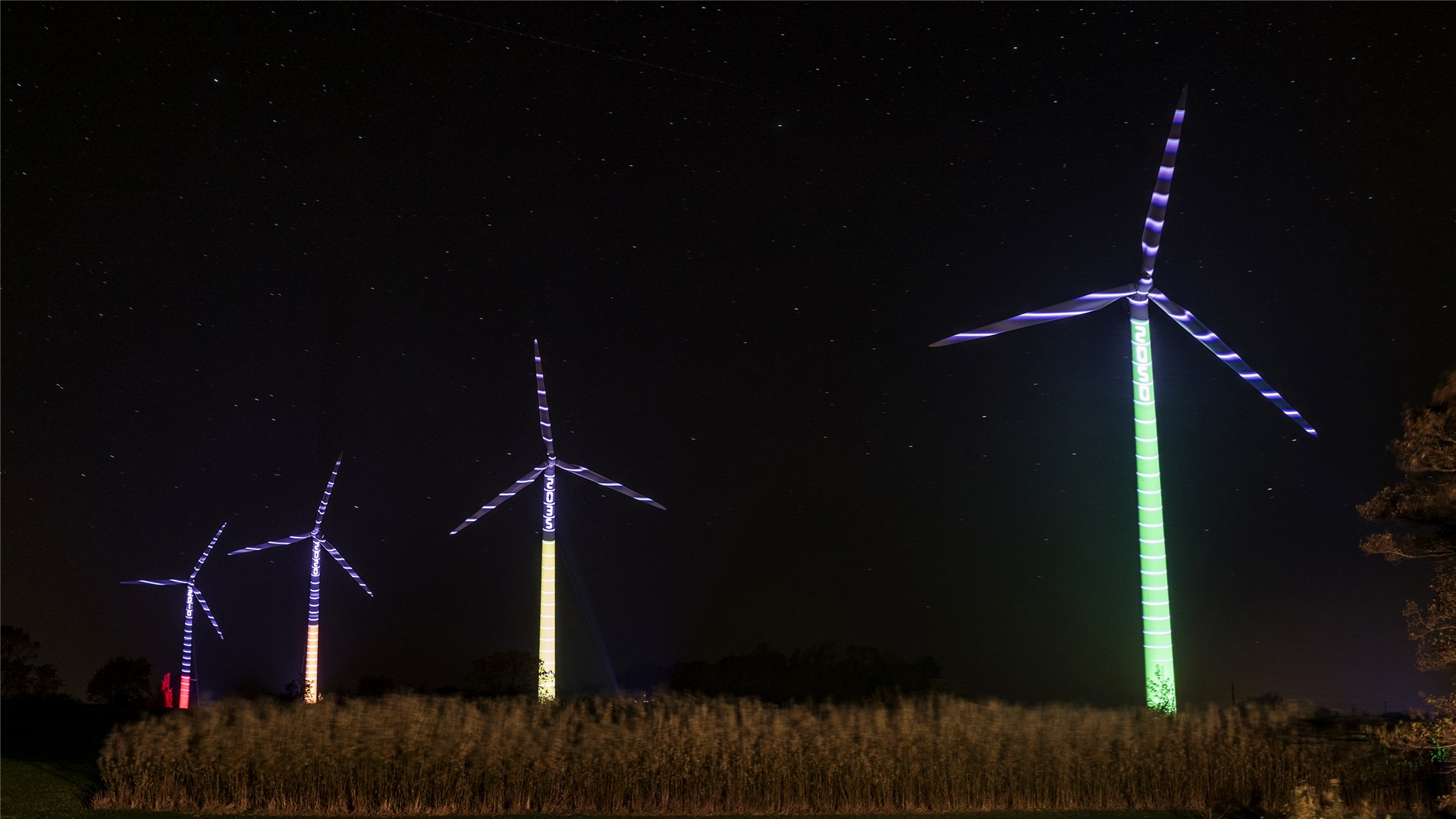 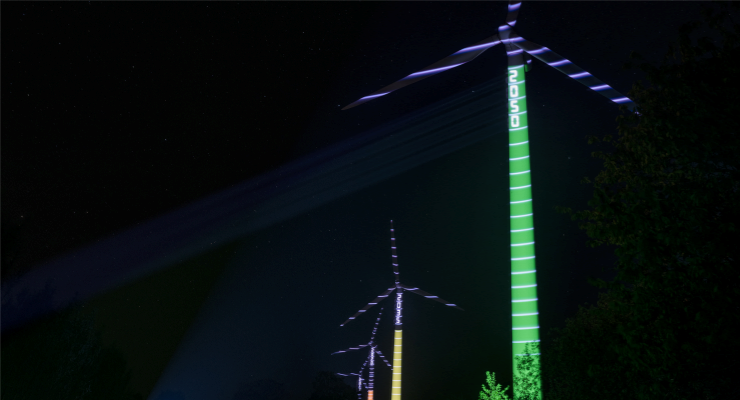 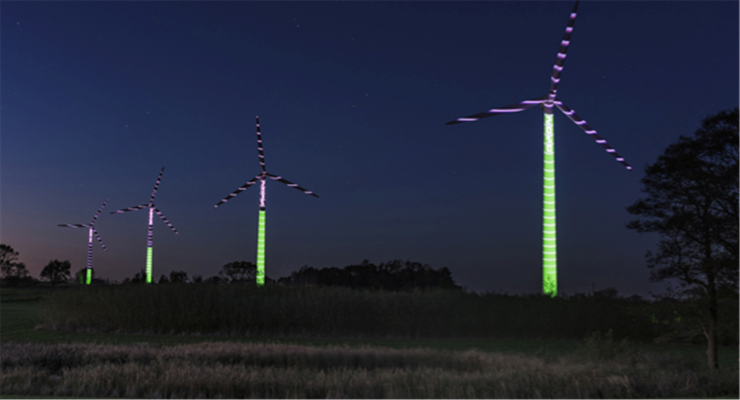 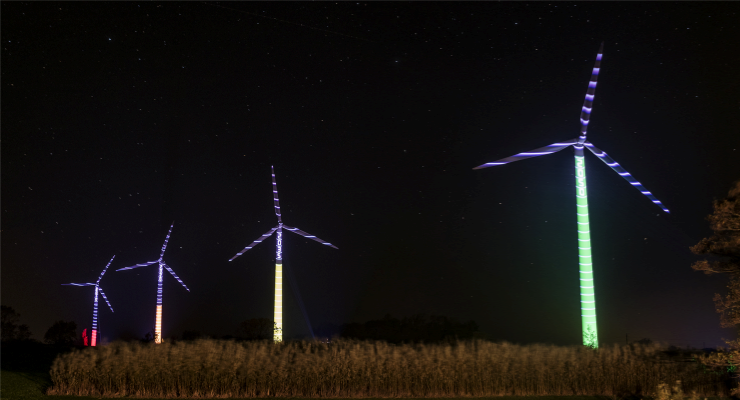 For the Intergovernmental Panel on Climate Change’s gathering in Copenhagen, Greenpeace saw an ideal opportunity to emphasize the need for the world to change into 100% renewable energy in the future and demonstrate how this is actually possible. This vision was carried out with LED lights from SGM.

From the beginning, we had a clear expectation that the G-Spot would be the right fixture to solve this task.

Greenpeace launched a highly visible and eye-catching campaign, projecting the official Danish targets of 100% renewable energy by 2050 onto four wind turbines, with the assistance of ÅF Lighting and SGM’s LED projectors.

Greenpeace’s project leader Esben Sloth explained: “We wanted the light projection to be very accurate, with sharp lines and figures, in order to make the wind turbines look like a graph.”

The Electrical and Lighting Engineer of ÅF Lighting, Frederik W. Borello commented: “We quickly reached out to SGM to conduct a lighting test with two SGM G-Spot moving heads.” During this test they established how to frame the light output and how to design the gobos to obtain the best result.

The G-Spot effect
For each of the four windmills three G-Spots were deployed: one for the graph, one for the year and one for the lines. And the custom-made gobos for the 12 G-Spots were only delivered just days before the project deadline.

“We are familiar with SGM fixtures after using them on other projects and we are very content with both the quality and the service of the products. From the beginning, we had a clear expectation that the G-Spot would be the right fixture to solve this task,” said Frederik W. Borello. He continued: “We are very impressed with the G-Spot moving head. Being IP65, makes it much easier for us to deploy outdoor for illumination of architectural structures and urban spaces. It is remarkable how precisely the patterns are defined with sharp edges and without any corona while the zoom effect and focus of the gobos runs smoothly. Also, the color mix is exceptionally even.”

Esben Sloth was also very impressed with the results from using the SGM G-Spot projectors. “The projection fully lived up to our expectations.” He continued: “We were happy that this could be done with LED light since it consumes much less power than conventional light and we always try to minimize our own carbon footprint in our operations and projects. We think that it is great that a company like SGM prefers LED light above conventional light and thereby also contributes to the necessary reduction of CO2 when conduction light events.”

Both parties were highly satisfied with the projection and overwhelmed with positive feedback on the beautiful, futuristic windmills. “It is amazing to see how little is needed to completely change the character of a location through light setting. We are going to progress with this potential for future installations especially for the permanent architectural and urban installations we are currently establishing in Denmark, Norway and Sweden,” said Frederik W. Borello.

ÅF Lighting enjoyed their role in this project — both for the realization of this type of lighting event and the participation in spreading the message on green energy in a visual interpretation of Denmark’s target for future energy consumption.

Rounding up, Esben Sloth concluded: “We succeeded in telling the story about Denmark’s means of becoming 100% energy renewable by 2050 to the rest of the world.”

For this event, the designer deployed G-Spots from our entertainment range similar to the G-Spot POI displayed below, which have a higher IP-rating for permanent outdoor installations.