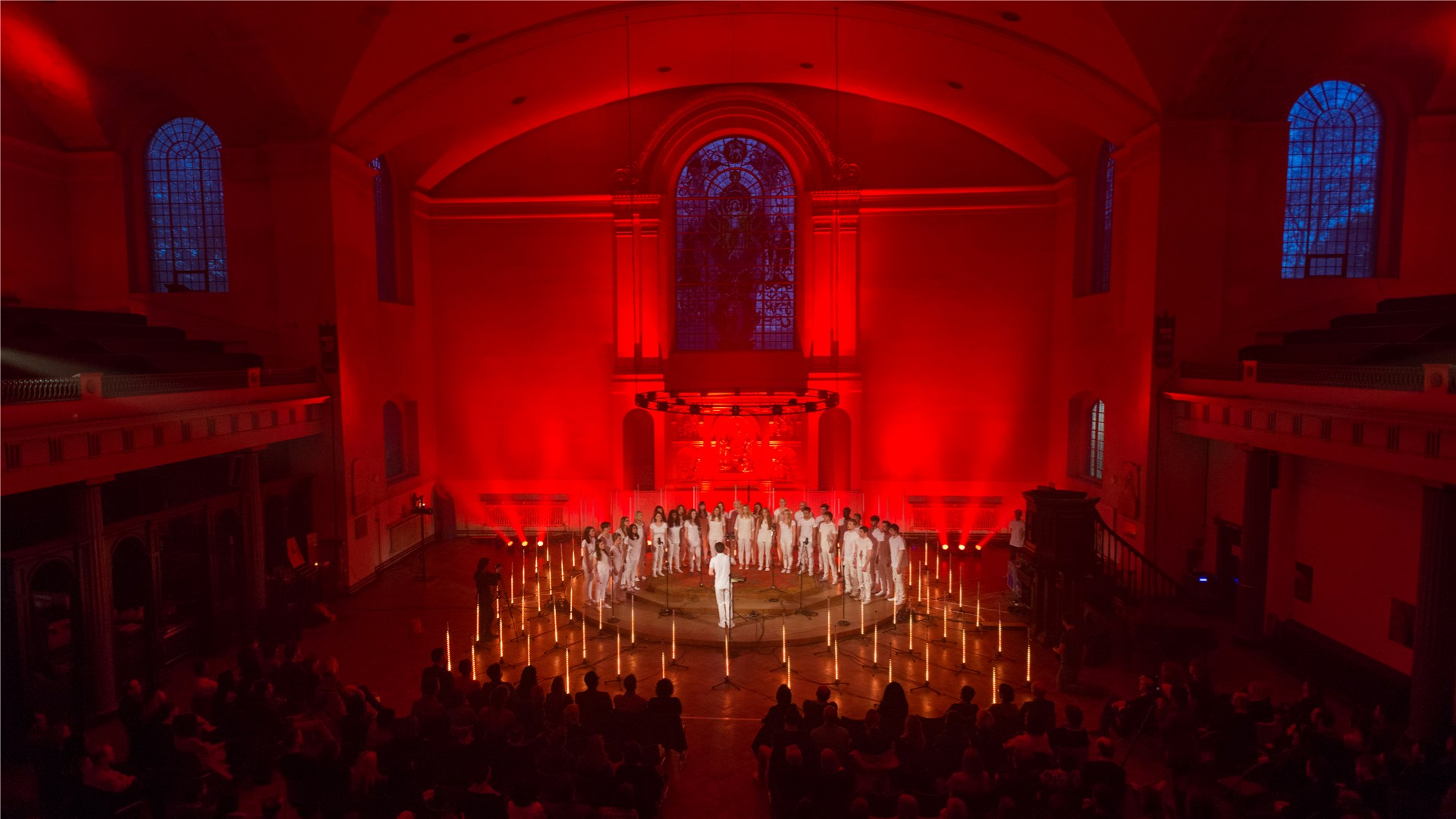 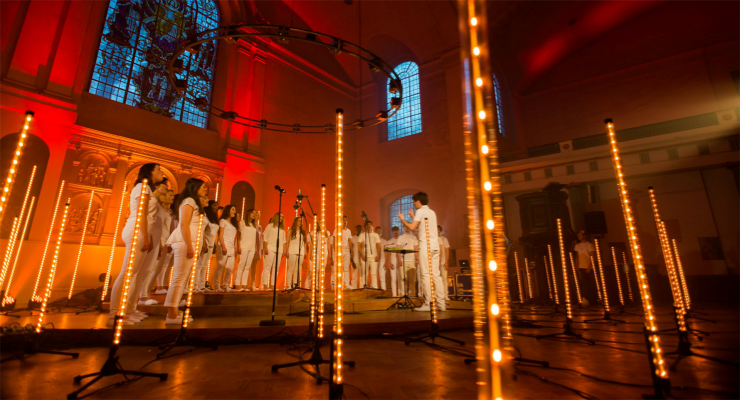 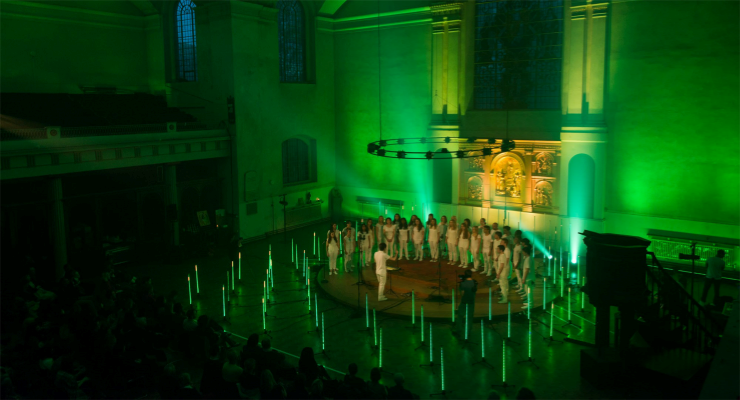 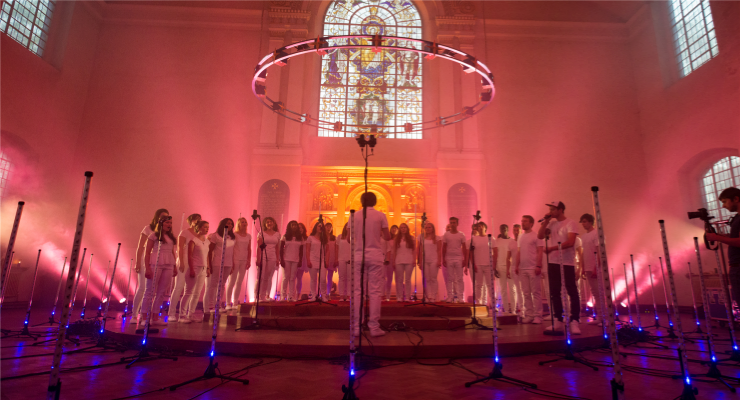 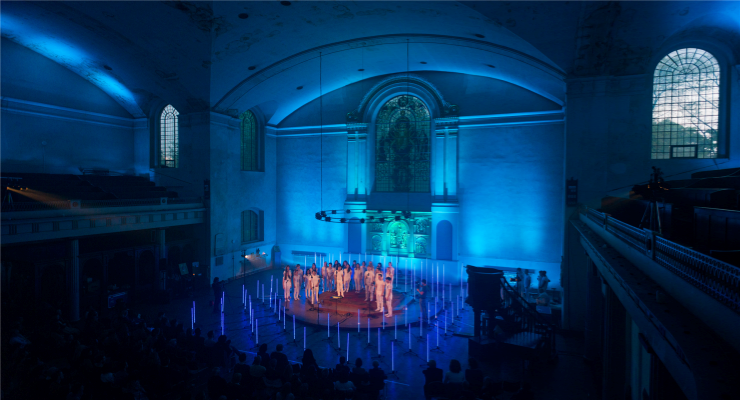 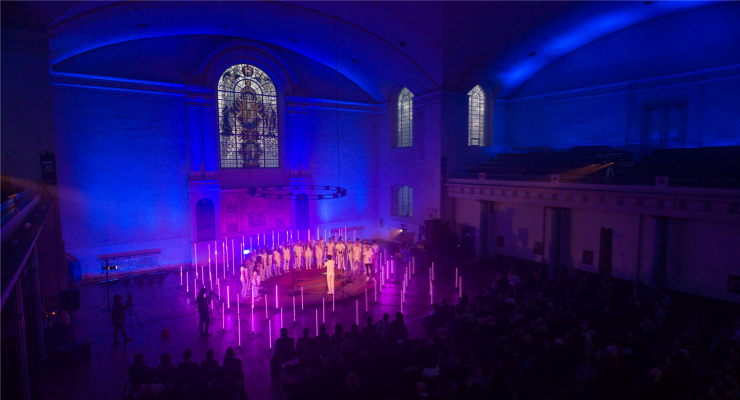 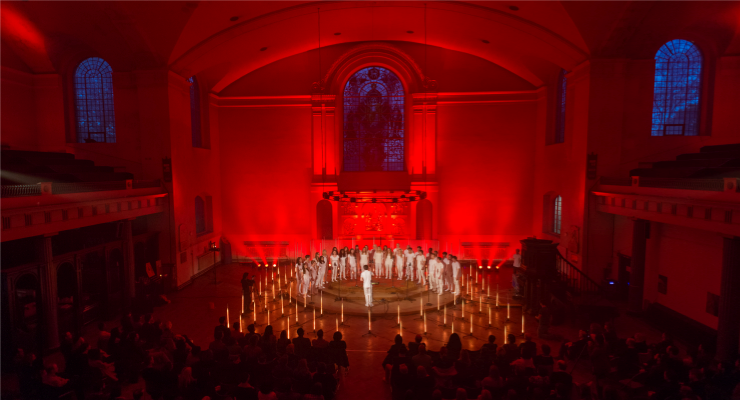 Church lit up by SGM for Reflections concert with LCV Choir

They were perfect for a choir that attempts to be non-traditional; incorporating these into their show really has given them an edge they were looking for.

Working to a production design by Ali Abbas and Keny Ega-Bourgeois, lighting designer Owen Pritchard-Smith, of Spirit Design, sourced a number of the 3D graphic tubes to create a ring of shimmering light from the sticks, which are loaded with LEDs, each individually addressable.

Tasked with creating a unique environment in which the choir would be immersed, Owen Pritchard-Smith admitted, “My initial thought was to use projection to bring this set to life, and reinforce the concept of emotional reflection through content and architectural lighting. But this posed a number of issues; firstly, having the choir submersed within a 360 degree set proved to be a key lighting and camera nightmare; secondly projection is an expensive and preproduction-heavy option, and thirdly, the production team was running out of time for set design and construction.

“Then I remembered about Chris at Blueprint and the SGM tubes. Being thin and partially transparent, my key lighting issue was immediately solved. I no longer had to worry about projectors, and there was no need to have a costly set constructed. I challenged the tubes to a production that they may not normally be used to, and they were perfect for a choir that attempts to be non-traditional; incorporating these into their show really has given them an edge they were looking for.”

“They provided ideal levels and an environment for the performance,” continued Pritchard-Smith. “Their flexibility allowed me to create 3D effects that would not have been possible with other options. Their light weight allowed them to be set up and moved around quickly and with ease, really speeding up get-in time. I was extremely pleased with their output and I decided to dress the choir in white to allow them to reflect the colours that I sent in their direction — fully immersing them in the show."

The LT tubes comprises of a series of one-metre (LT-100) and two-metre (LT-200) long pixel sticks, loaded with RGB LEDs at 35mm pixel pitch — all DMX drivable via any proprietary media server.