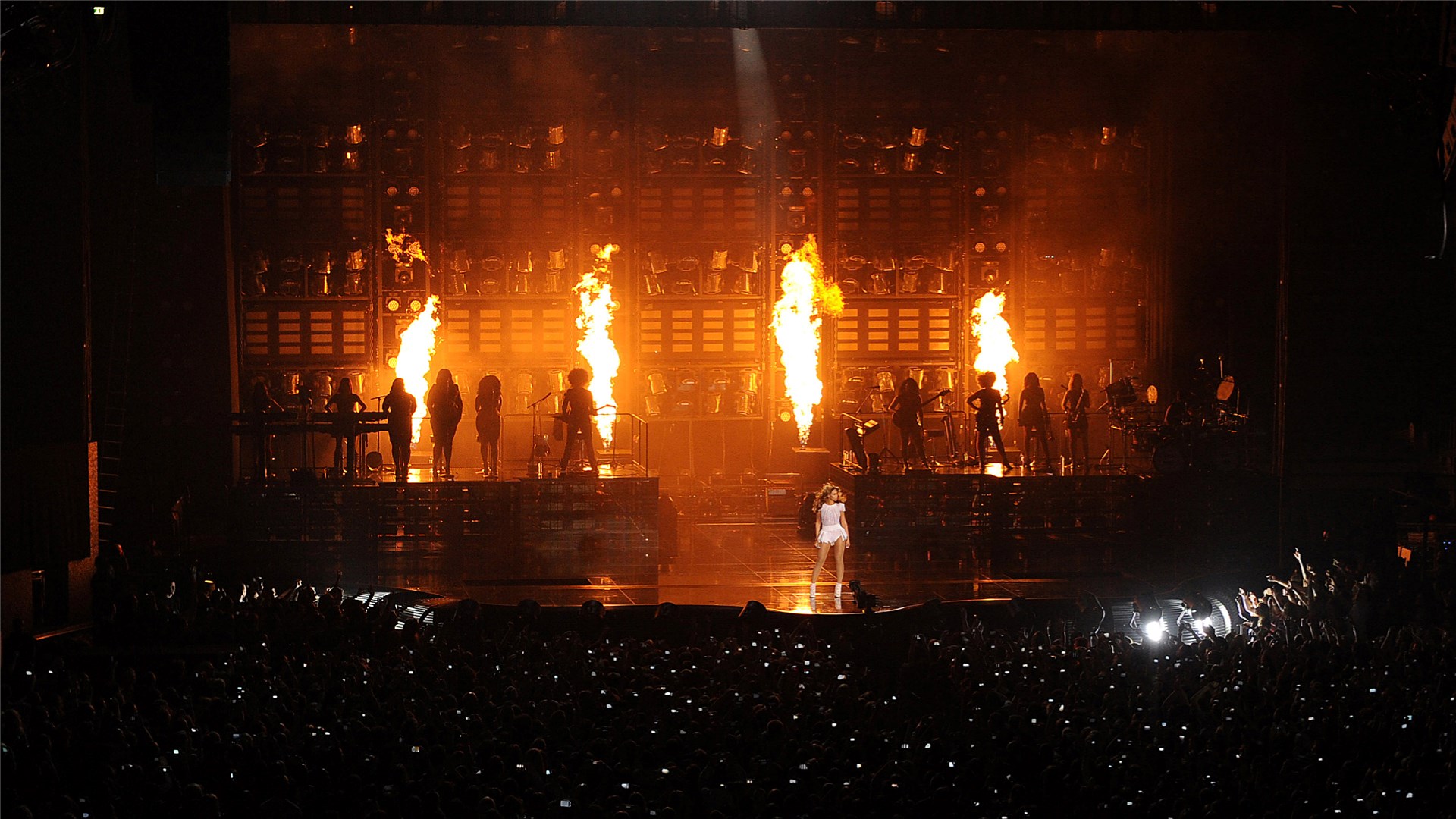 LeRoy Bennett designed one of the brightest shows ever 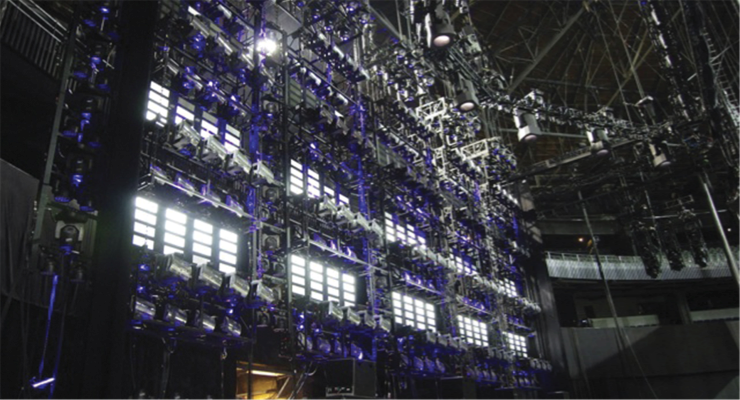 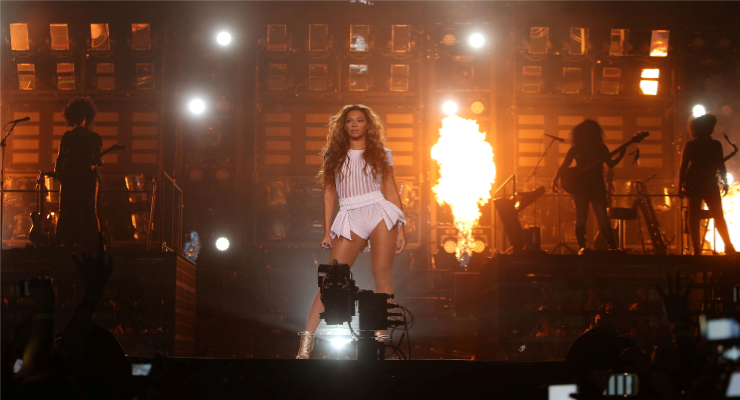 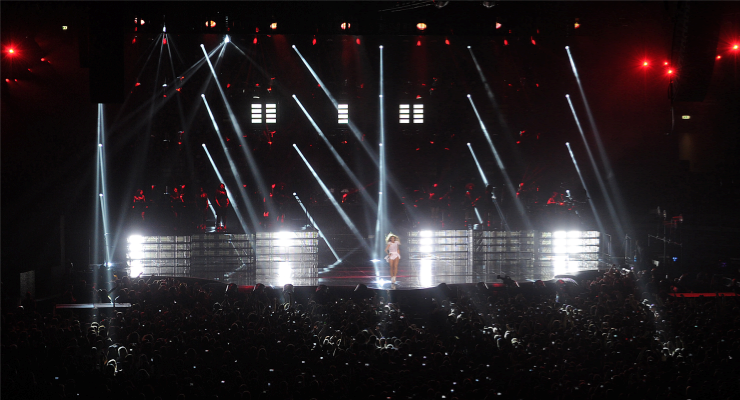 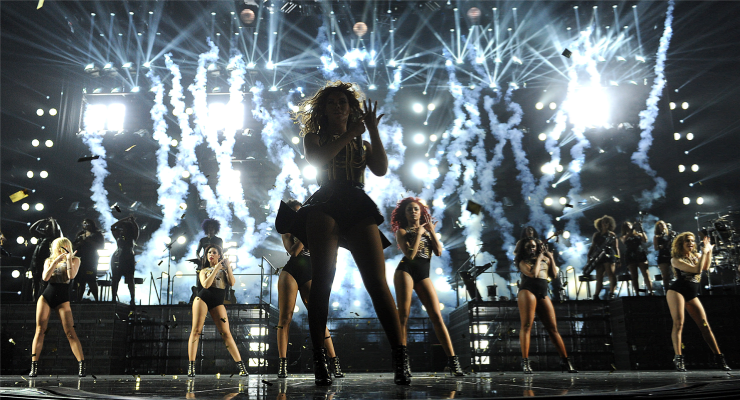 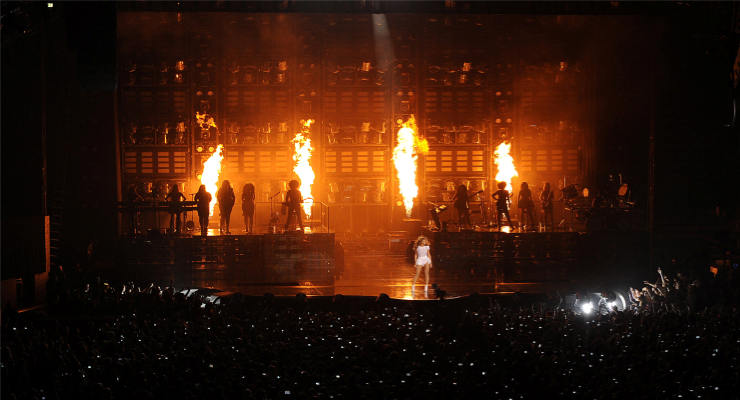 I was impressed by the combination of power consumption, brightness and rugged design.

Beyoncé herself had expressed a preference for a lightshow-dominated stage set this time around and Bennett immediately set to work creating a stunning light ladder ‘torm’, interspersed with mirrors — known by the crew as the ‘Wall of Inferno’, and fabricated by Tait Towers.

This was dominated by the low-profile, lightweight X-5, which was designed to deliver the same output as conventional strobes from one fifth of the power. Housing 2,970 LED’s, power consumption of 360W with lamp life of 50,000 hours, it is contained in a slim aluminum chassis and designed into three individual cells to boost creativity.

Most of the strobes were arranged in a 4 x 4 block formation, with the pods mounted in custom brackets. The fact that these cellular strobes can be operated independently when fitted to these special brackets made for a perfectly spaced pixel blinder.

In addition to the power wall, the strobes were featured on the stage itself, as well as the stage risers and the header — meeting the request of the artiste herself.

“I was impressed by the combination of power consumption, brightness and rugged design,” LeRoy explained. “But I was particularly impressed by the fact that each strobe breaks down to three individual cells, enabling me to project very low-res graphics as well a bright blast of light and strobing,” he said. “Most of them are in a 4 x 4 block formation.”

Lighting for the tour was provided by Illinois-based rental company, Upstaging Inc — who are LeRoy Bennett’s supplier of choice. “They have the best back-up and are always more than a 150% supportive of every project,” he said.

John Huddleston from Upstaging, in turn, stated how impressed he was with the X-5. “It’s one of the first true plug and play effects we have purchased in a long time.  The fixture design is very ‘Apple’-like in its elegance and we are happy to be able to offer them in our inventory.”

At the same time the designer also had the X-5’s in mind for the upcoming tour by industrial German metal band Rammstein (with local rental company Black Box Music supplying the lighting). This required a very different approach. And the tour budget became one of the significant drivers since additional generators will no longer need to be cost in, as would have been the case with conventional high-power xenon strobes.

“I always use quite a few strobes on Rammstein which takes up a lot of power,” he explained. “We use a lot of pars as well, so it is always a requirement for the band to tour with generators; the X-5’s have helped alleviate a lot of the issue with power.”

In summary, LeRoy Bennett said, “I find that the SGM fixtures work great for visual interpretation of both Beyoncé’s and Rammstein’s music when powerful or sequenced moments happen. For Rammstein this needed to be big, bold and powerful — full-on rock that at the same time is visually entertaining.” He also scheduled further X-5’s on the upcoming Nine Inch Nails tour, which he described as “visually more hi-art minded,” as well as other upcoming tours.

Over the years the designer has routinely come to rely on lighting solutions in which Peter Johansen has been the guiding hand — dating back to the early ‘1990s, when the Dane was also setting standards for the lighting industry.

Two decades and a generation on, LeRoy was quick to acknowledge that “once again Peter has created a very successful product!”

500+ X-5 LED strobes were utilized for the 'Wall of Inferno', on the stage as well as the stage risers and the header for Beyoncé's The Mrs. Carter Show World Tour.