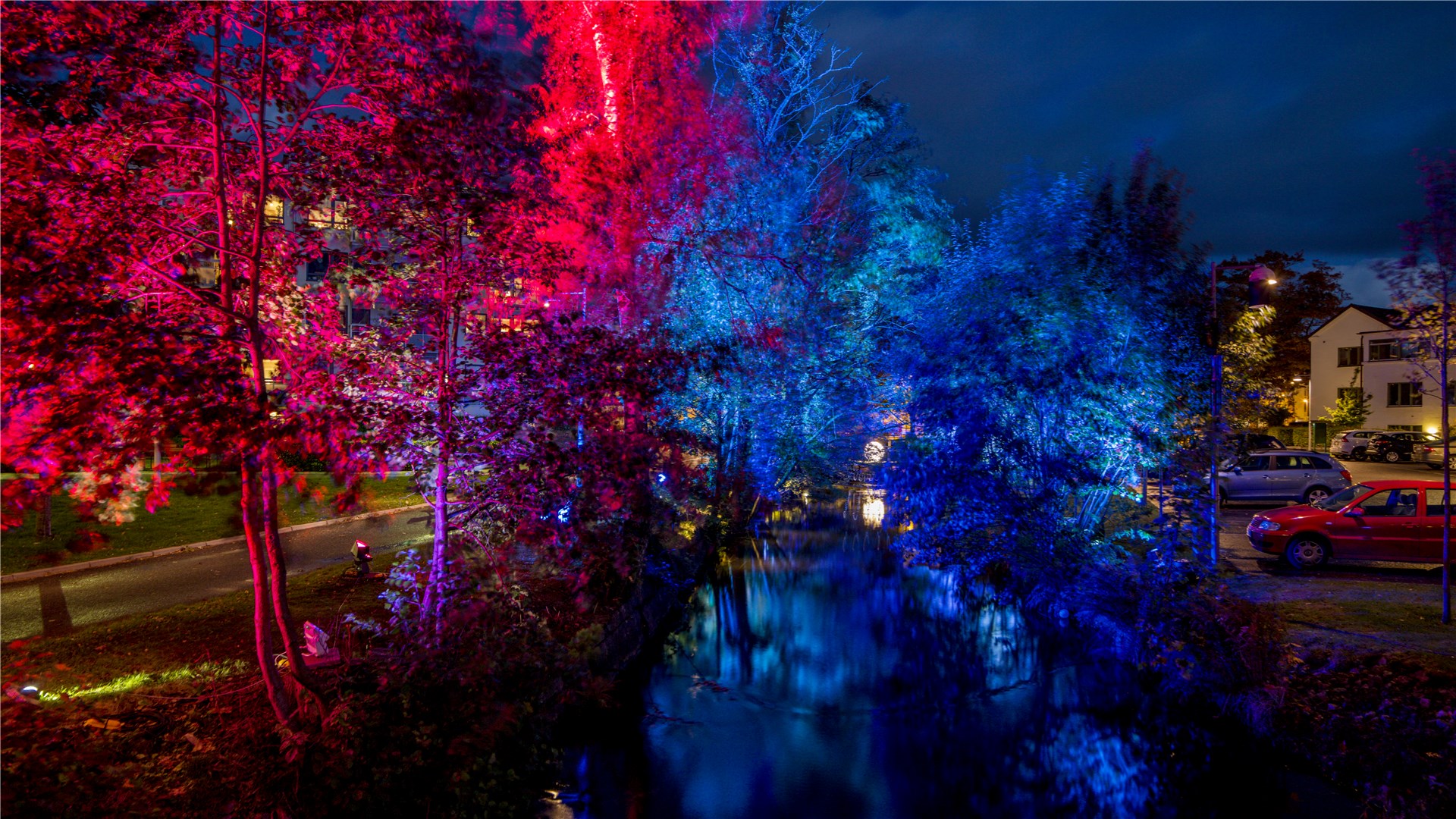 SGM at the 2017 Lights in Alingsås 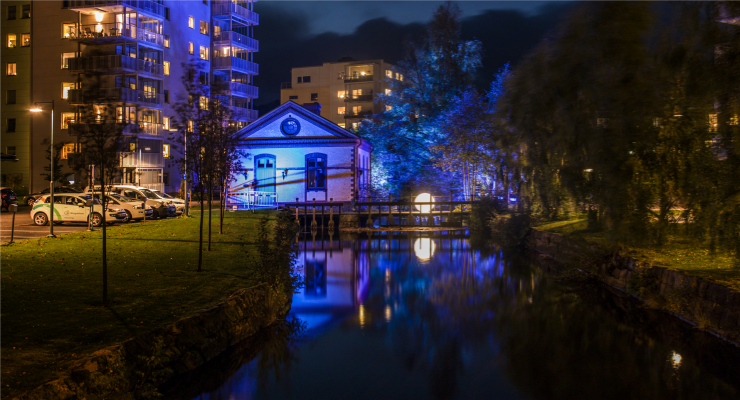 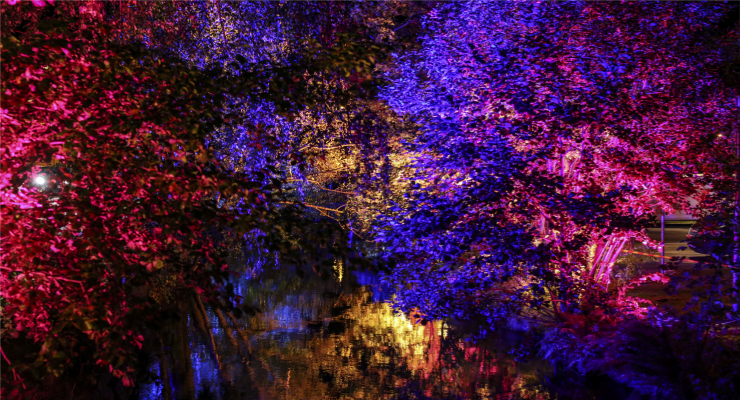 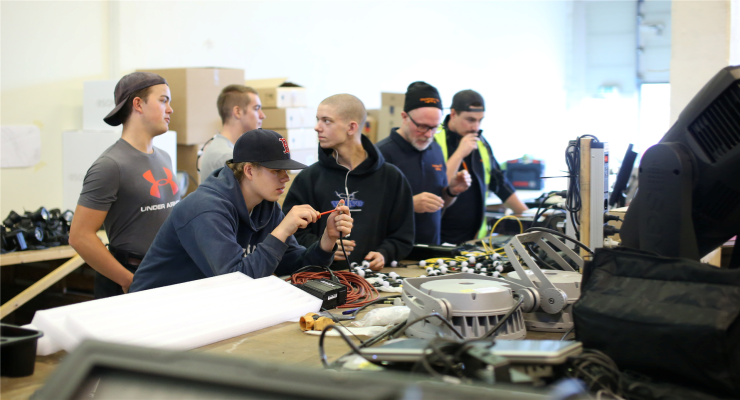 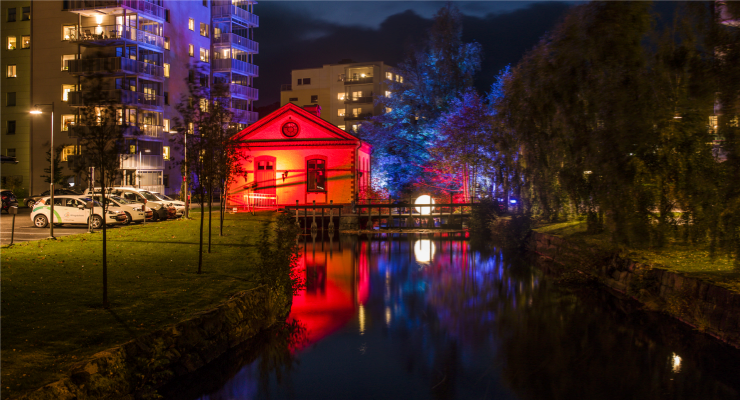 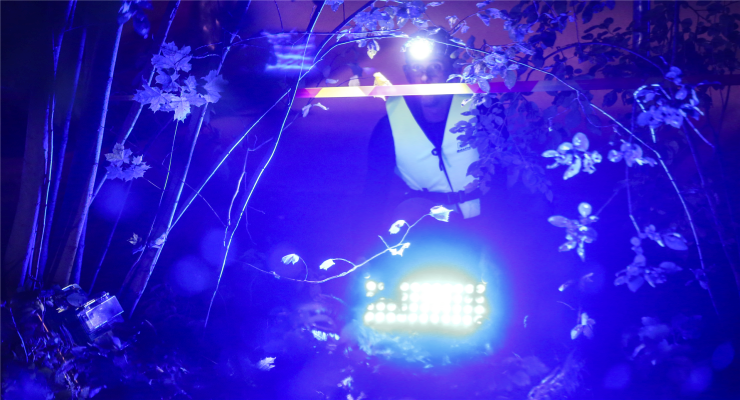 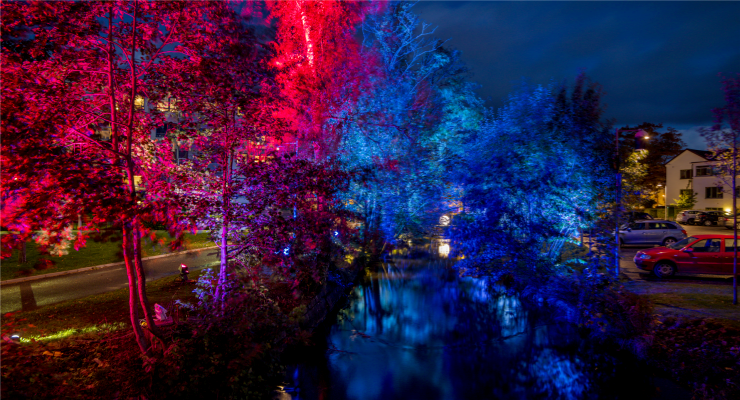 Since 1999, Lights in Alingsås has been a yearly tradition, bringing together lighting designers and design, architecture, and electrical students to create multiple beautiful light installations. The 2017 edition was another huge success, where SGM was represented on three different sites.

SGM's compact P-2 is amazing for color washing, and the P-5 has become my new favorite.

The five-week long Lights in Alingsås festival is the culmination of an intensive week-long workshop, where lighting designers and students work intensively to artistically illuminate various public spaces. At the 2017 edition, SGM was represented on three of the seven sites.

With help from SGM's G-4 Wash-Beam, site three portrayed the feelings one gets during a lifetime; with one end of the installation representing the past and negative aspects, while the other end represented the future with personal and professional growth.

Site four was an installation created at the courthouse, to transmit the feelings and experiences one goes through in such a setting.

"Our idea was to show how different stages of concern move within a building structure depending on different scenarios," explained lighting designers Simon Malmström and Magnus Almung.

SGM's G-Profile projector was used to illuminate the pathway towards the courthouse entrance escorted by music, dramatically building up the tension. Then, framed by the G-Profile, the audience would reach the front door, marking the beginning of the process.

"We chose the G-Profile because we needed to create an effective movement with a limited amount of installed light sources, not only inside the building, but also outside," said Malmström and Almung about their choice of fixture.

"I wanted to work with single addressable pixels with low resolution to convey movement over a reflective surface such as the river. That was achieved using SGM's IP65-rated LB-100 LED balls, which were very easy to assemble," said lighting designer Miguel Angel V. Calanchini.

Calanchini explained that the water pump house could be seen as a metaphor for a dynamic change of energy in his light installation "The Magic Transference to Happiness" also called "How Do you make Blue a Happy Color?" Calanchini was very pleased with how well the SGM luminaires worked for this installation.

"SGM's compact P-2 is amazing for color washing, and the P-5 has become my new favorite," stated Calanchini.

The aim of the 2017 edition of the annual Swedish lights event in the southern town of Alingsås was to "transmit feelings with the help of light." With around 85,000 visitors, it is safe to say the event was a huge success.