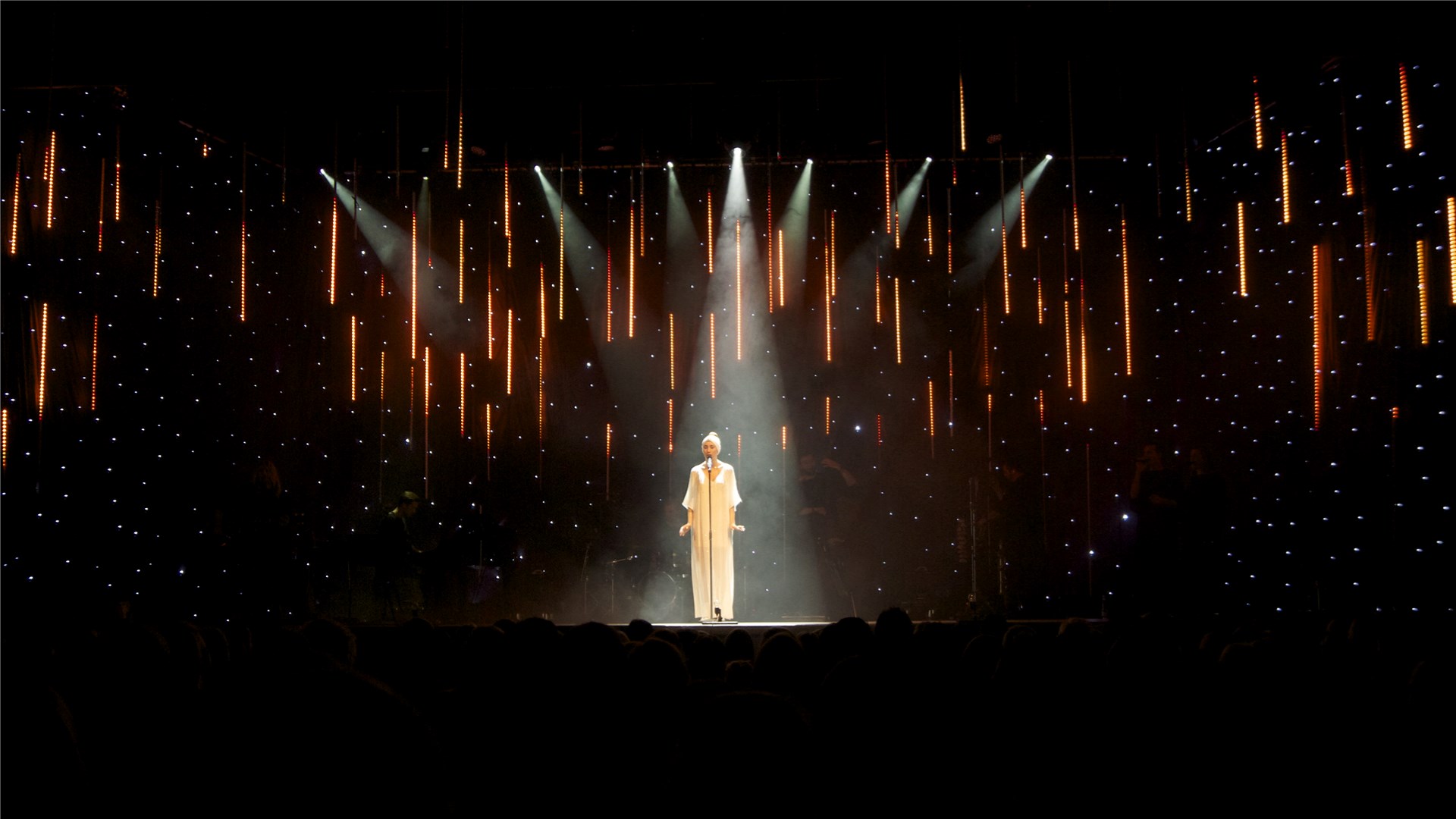 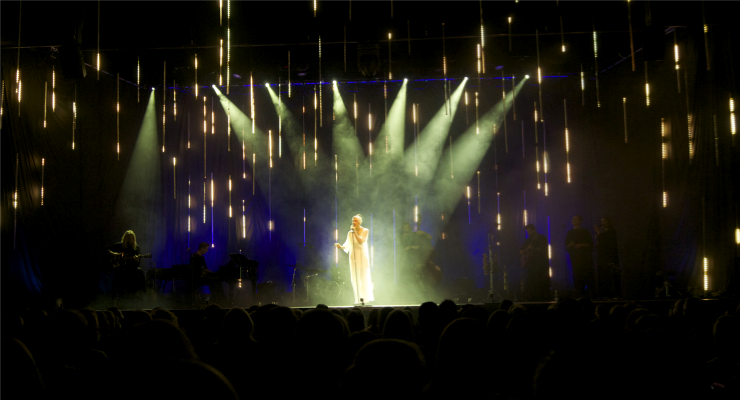 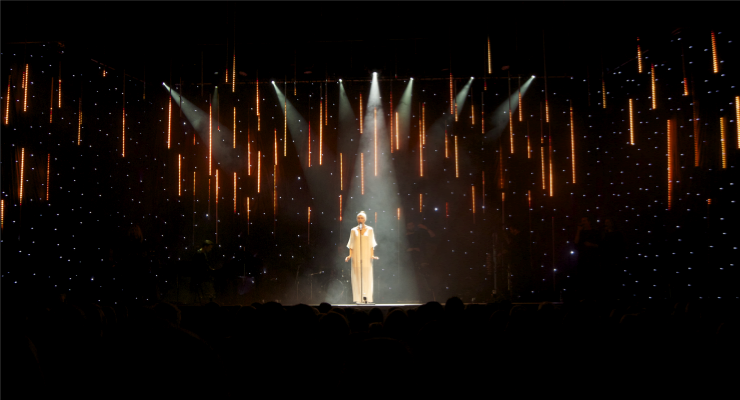 I find them stylish and robust, while bringing another huge advantage to the table: their weight – or nearly non-existent weight.

Lighting designer Søren Peglau’s vision for the Danish Pop and R&B singer’s tour was to place the tubes in various heights and depths to fill out the stage and make it seem random and unintentional.

“The effect I was looking to achieve was for the lighting to drizzle down over the musicians. For this, I created content that moved vertically in a slow mode,” stated the designer, who also used SGM's LED tubes to create a slow-running fire effect during the show .

The atmosphere generated by the LED tubes reduced the need for moving heads, spots, and floor lights down to a minimum. On many tracks, just a single spot was used for the artiste as well as for the band.

With many different venues on the tour, the LED pixel tubes presented clear advantages for Peglau.

"I find them stylish and robust, while bringing another huge advantage to the table: their weight – or nearly non-existent weight. Due to this, we could suspend the tubes from their cables and make rigging more efficient and less visible," said Peglau, who used SGM's ILD (Installation LED Driver) with ArtNet and mapped the pixels with a Coolux Pandora Player Box.

The audience was also incorporated into the design as fully ‘immersed’ in the setting, with tubes hanging over their heads. Creating a stunning 3D effect, the SGM LED tubes were ideal for this purpuse with their two sides of pixels.

Evaluating the tubes on what had been a fantastic tour, Peglau describes them as “incredibly robust”, performing flawlessly throughout the tour, and he appreciates the flexibility and ease of working with the products.

“The feedback we have received has been amazing based on lighting design, execution and the show as a whole. Many people have told me that they found the setting to be astounding, beautiful and stylish,” said

The LT tubes comprises of a series of one-metre (LT-100) and two-metre (LT-200) long pixel sticks, loaded with RGB LEDs at 35mm pixel pitch — all DMX drivable via any proprietary media server. 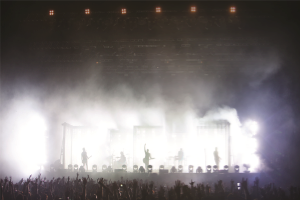