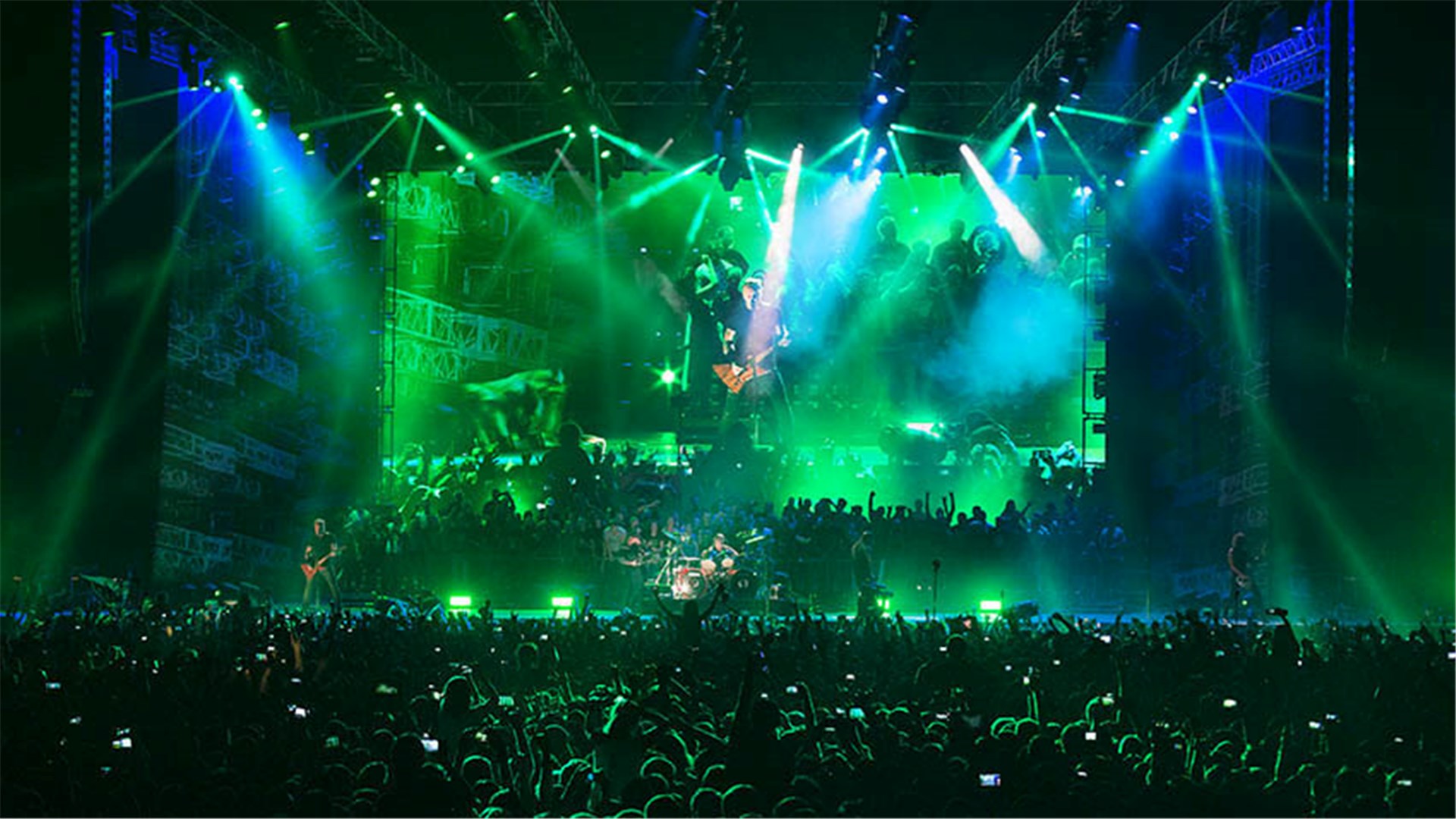 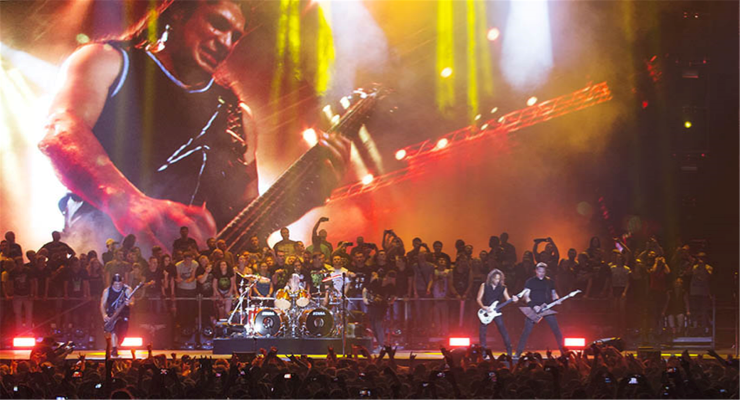 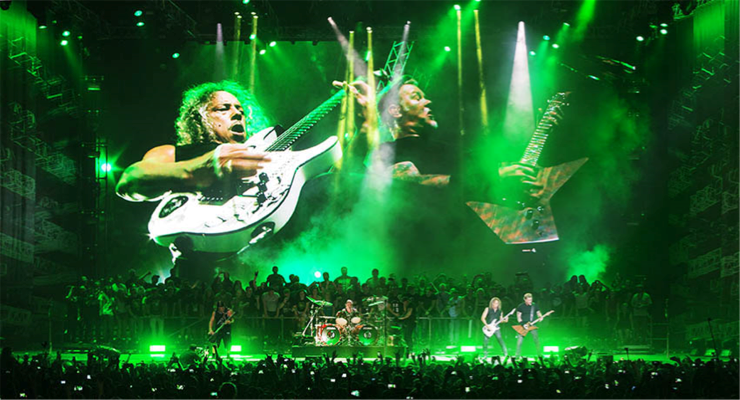 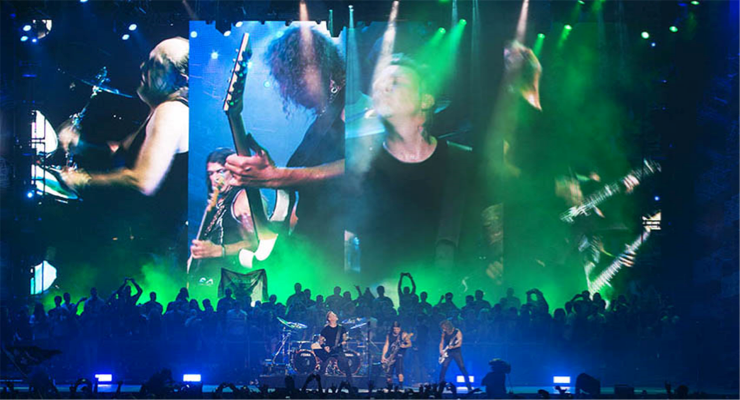 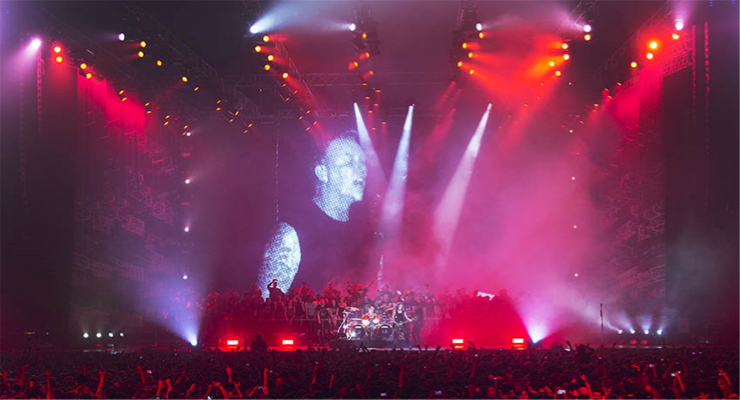 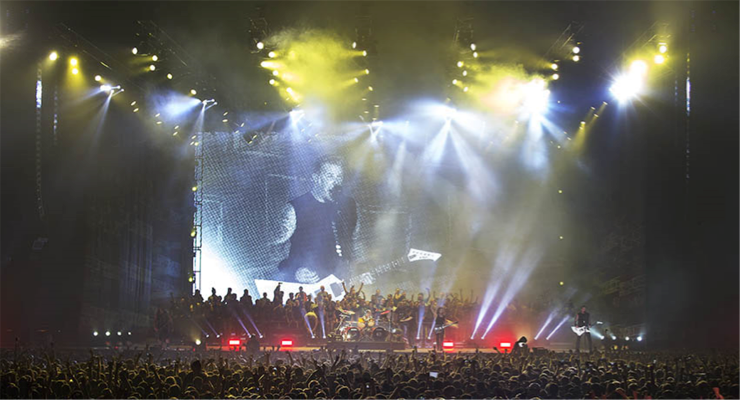 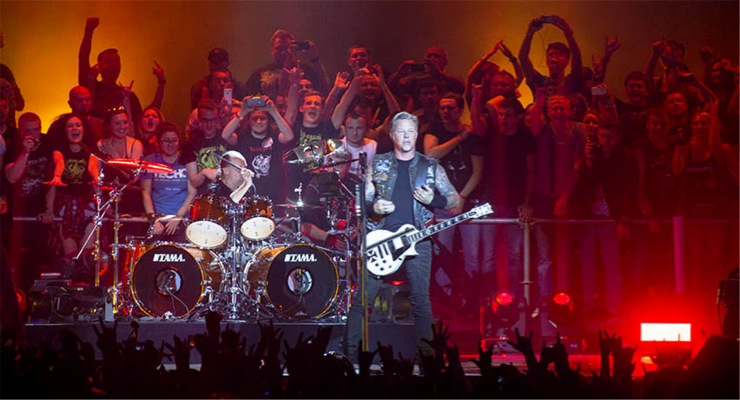 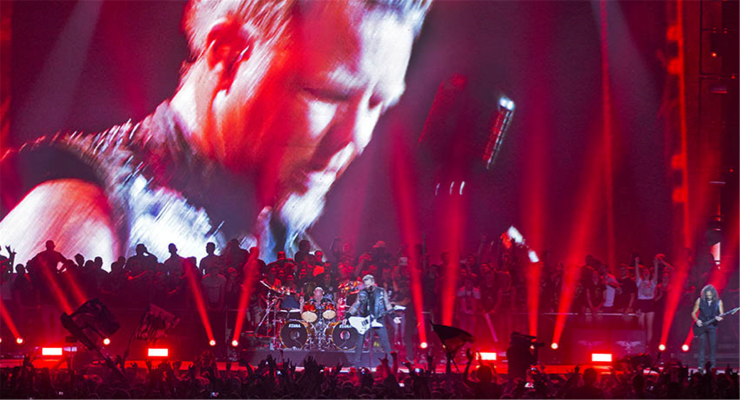 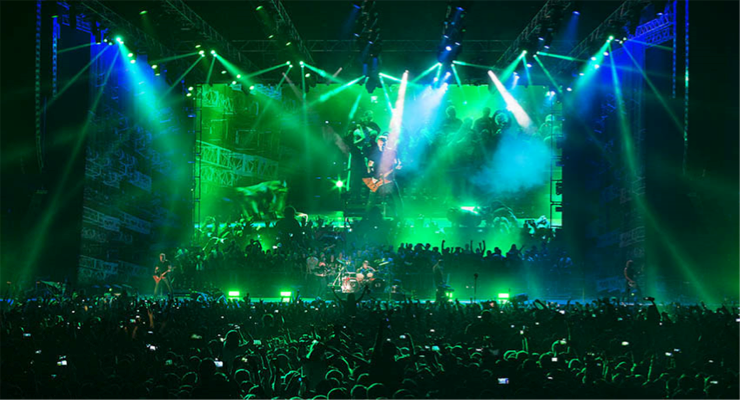 Recently, SKK Arena in St. Petersburg was the location for the Metallica By Request tour.

The Q-7 offered the punch and output befitting a Metallica show.

The Q-7 from SGM has become a regular lighting fixture on Metallica's set throughout the world tour, and yet again it was implemented in the design.

On the stage, facing the audience, the powerful and multipurpose RGBW Q-7 offered strobe lighting as well as flood and blinder effects bringing punch to the popular set list.
Rental company Euroshow supplied the lighting equipment for the concert in both St. Petersburg and a few days later in Moscow.

When the tour started in 2014, lighting designer Rob Koenig and production designer/show director Dan Braun decided to use a wide palette of LED fixtures. They introduced the XC-5 and P-5, and later on the Q-7 containing 2,000 powerful LEDs in a lightweight construction.

Rob Koenig explained about the Q-7: “I wanted to experiment further, as I was intrigued by them. We were able to cut down on power consumption, and the low profile of the fixture made it easy to place them in any corner and nook."

“The Q-7 offered the punch and output befitting a Metallica show — even the RGBW version — while we also used them as uplights at the mic positions and drum kit.”

These fixtures, he said, were sufficiently compact to fit neatly around the monitor wedges — without interfering with the audio. “They provided a nice [110°] fixed beam spread and I was particularly impressed with the flicker free operation.”