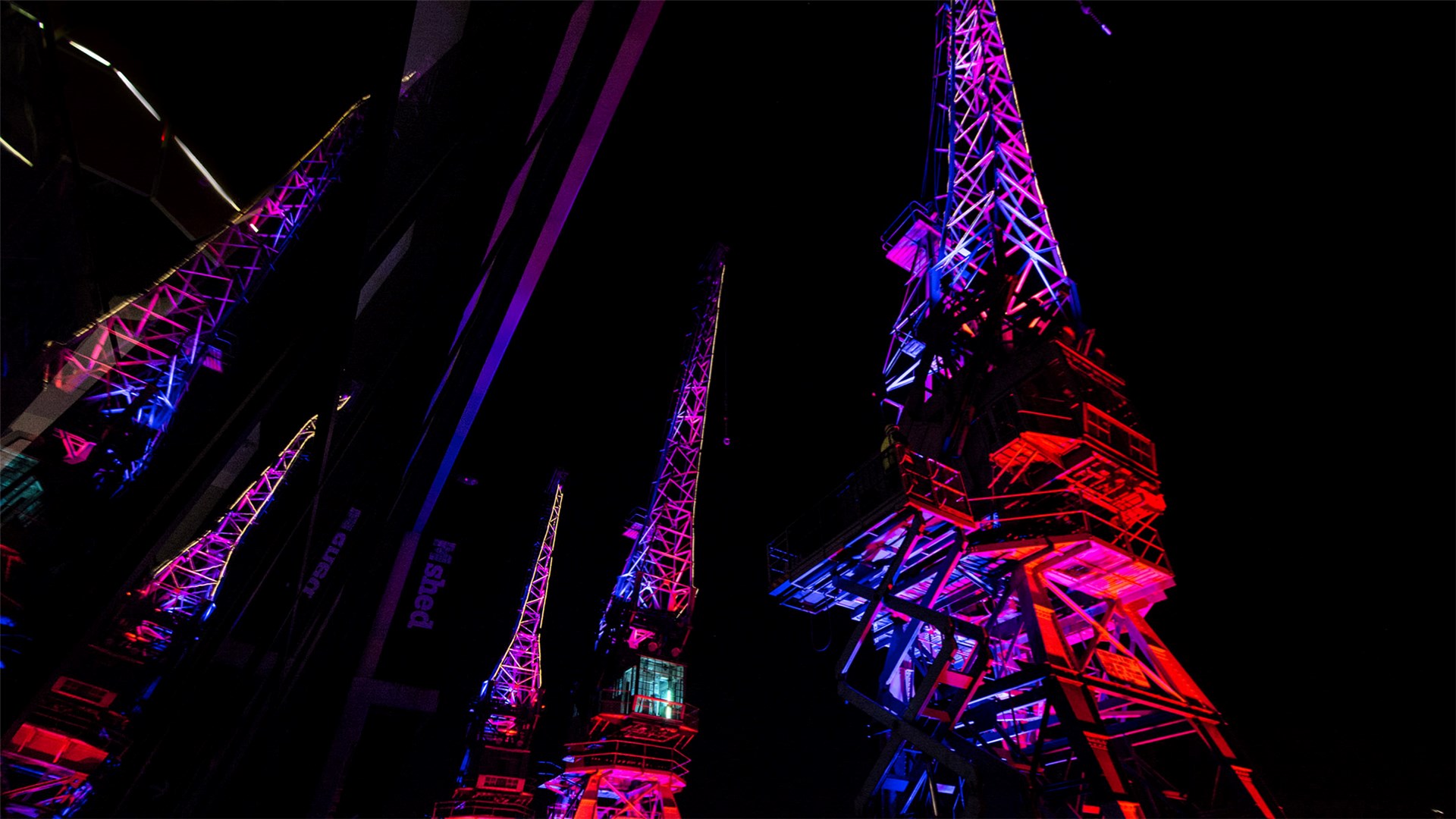 Breathtaking effects over the harbor of Bristol 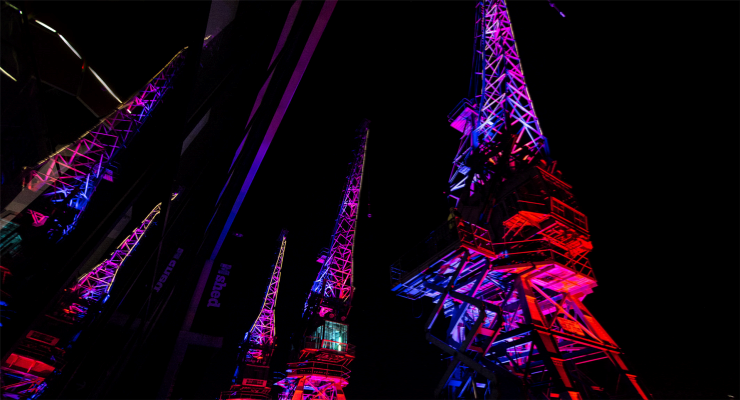 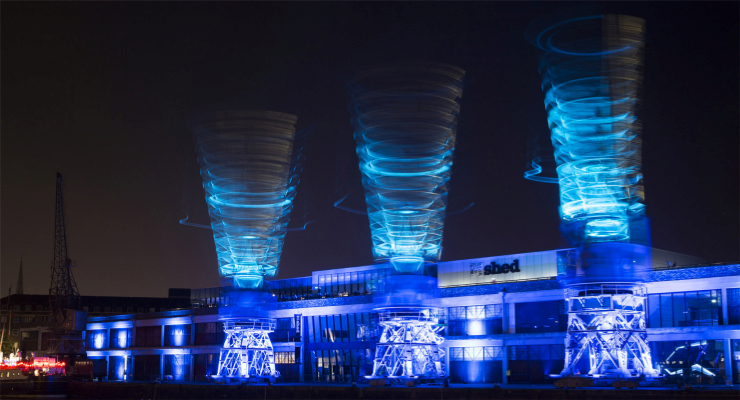 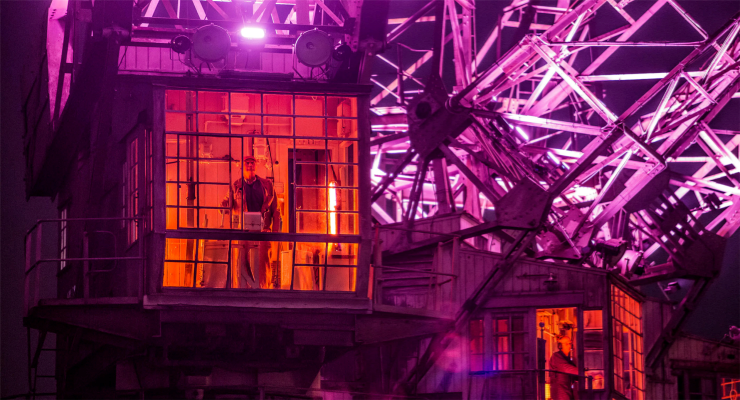 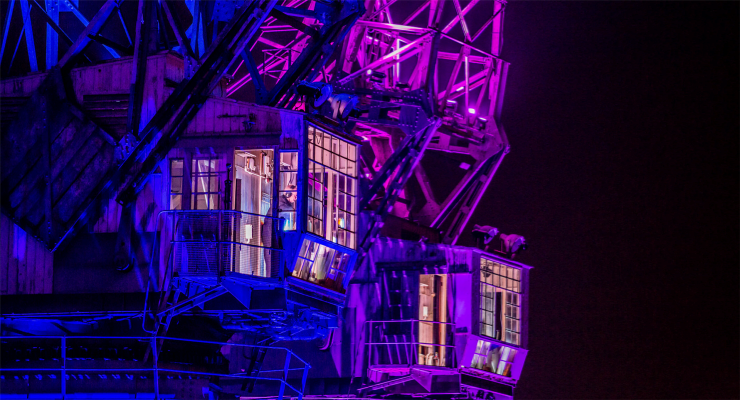 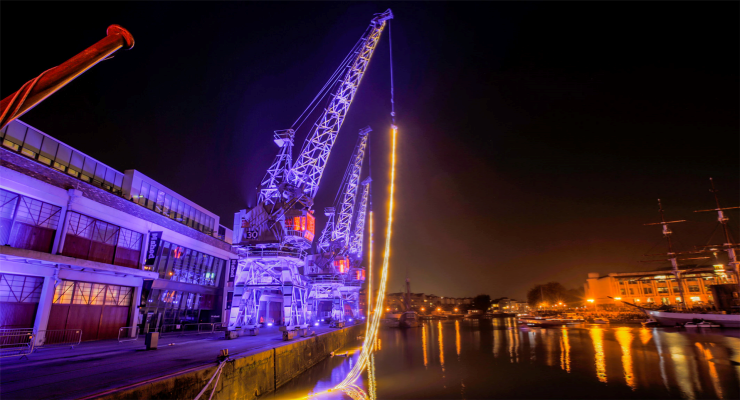 For an anticipated show, SGM luminaires were chosen for a spectacular crane show on Bristol’s harborside. 10,000 people had shown up to witness the artistic light show, where the P-2 and P-5 wash lights worked perfectly for the challenging, synchronized crane dance.

Illuminating a synchronized crane dance in front of thousands of people for a highly anticipated show undeniably required reliable and powerful lighting systems. SGM’s sleek, low profile, and IP65-rated P-5 and P-2 wash lights proved to be the perfect fit, and left the audience on Bristol’s harborside amazed.

Laura Kriefman, one of this year’s WIRED magazine Creative Fellows and a resident at the Pervasive Media Studio, approached Howard Eaton and Emma Chapman of Studio Three Sixty to design the lighting for her inaugural Crane Dance Bristol. With set designer Lucy Osborne, the third member of the Studio Three Sixty team, they took on the challenge. Together with City Theatrical, who network controlled the lightshow wirelessly with an ETC Element DMX desk situated on the other side of the harbor, they were able to make this first project a huge success.

The harbor side cranes, normally a static fixture on the Bristol skyline, came to life in a choreographed routine that was exquisitely lit and perfectly timed to music. Crane Dance Bristol presented a jaw-dropping spectacle for the citizens of Bristol, combining row boats, choirs, live music, and beautifully lit cranes, all driven by the engineers from the Bristol M-shed, who had restored them with great enthusiasm.

To complement the 1km of LED ropelight, used to outline the decommissioned cranes, theatre lighting specialist Howard Eaton quickly chose SGM’s P-2 and P-5 wash lights. With sourcing equipment best fit for purposes on a limited budget, Eaton knew from previous experience that a combination of the ultra-energy efficient P-5 and P-2 heads would be perfect to help illuminate the cranes outside Bristol’s M-Shed. Amazingly, the entire lightshow, including lights, powering the cranes, and rehearsals, consumed just 2.4 kWh of electricity.

The two light designers from Studio Three Sixty, Eaton and Chapman, illuminated the cranes with a combination of 18 P-5s and 28 P-2 fitted with a 43° lens and 34 P-2 fitted with the tighter 21° lens.

“The P-5s were perfect for the job because they could be used outside, while the compactness of the P-2 meant we could position them in difficult areas,” said Eaton. “We used the wide angled P-5s to uplight around the base and lower legs and as we got further up the narrower lens to get right up inside the jibs, both internally and externally.”

To build suspense, the opening sequence transitioned from cold to warm white before the show eventually erupted in a blaze of color, each personalized to a specific crane.

“Being an RGBW fixture, you could not only mix any color you want, but the white was also perfect,” said Eaton, who praised Ian Kirby at SGM UK, for being extremely supportive with the equipment and lamp supply.

The lightshow, then, developed into the seven colors of the rainbow, sweeping across the top of the cranes and back again.

“When this project came up, it was natural to requisition them with so much more power and all the lens options. The ability to program the Rainbow effect on the SGM wash lights was fantastic,” said Chapman and continued, “we had seen P-2s previously and knew they were amazing. We were really impressed with the power from such a small light and how much control you had with color change.”

Following the success of Crane Dance Bristol, the Mass Crane Dance team received countless enquiries from cities all over the world, to create likewise spectacles there.