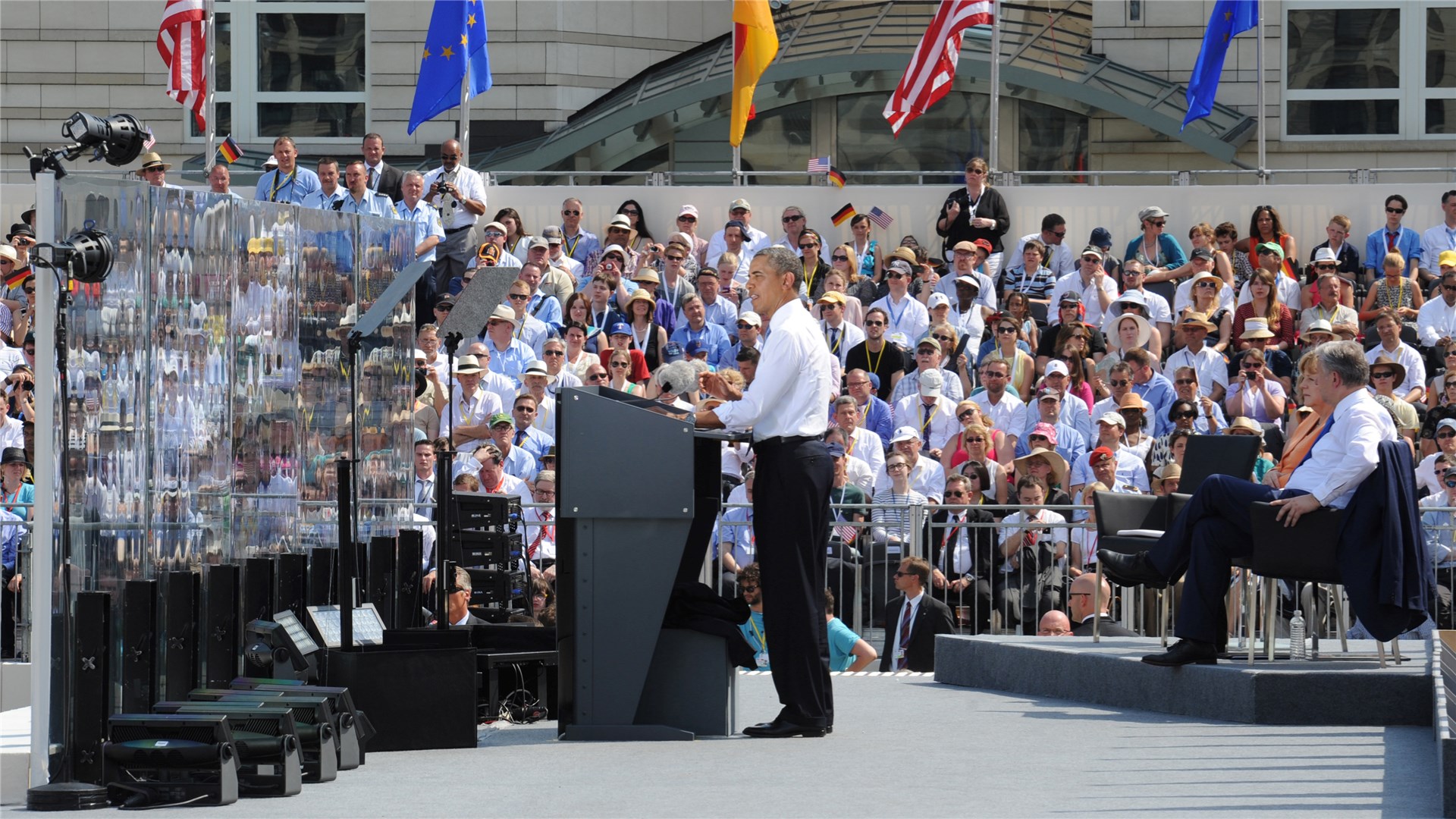 Huge lux levels achieved in the face of bright sunshine 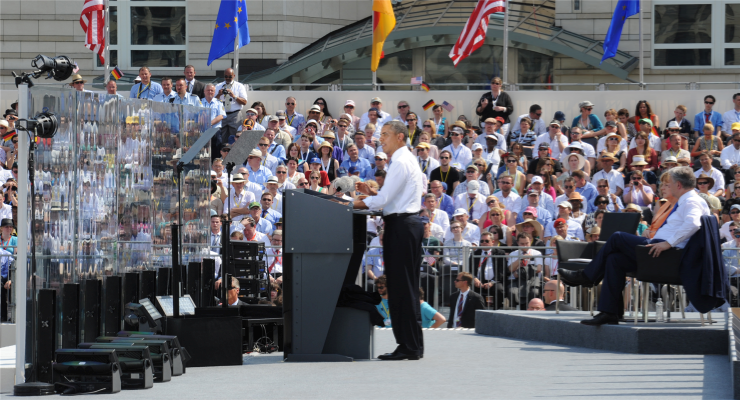 In July 2013, Barack Obama visited Berlin for the first time since his election as president of the United States. The highlight of his 25-hour stay in Berlin was his speech in front of an invited audience of 5,000 people at the Pariser Platz in front of the Brandenburg Gate, illuminated by SGM P-5s.

Obama speaks to the Berliners.

It may seem absurd to use artificial lighting for an óutdoor event taking place under a cloudless blue sky. But with the position of the stage on the Pariser Platz and the Brandenburg Gate, it was feared that bright sunlight would hit intensely on one side, while the other side would be plunged into semi-darkness. Therefore, the event team decided to shed light on Barack Obama using SGM's P-5 wash light during his speech in Berlin. 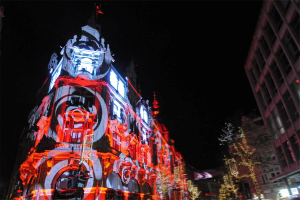