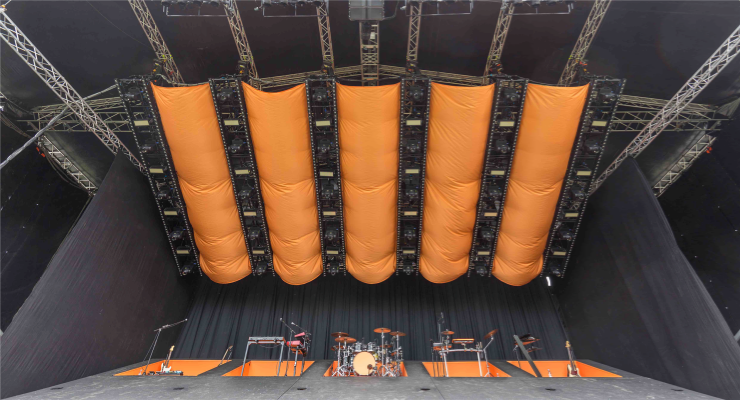 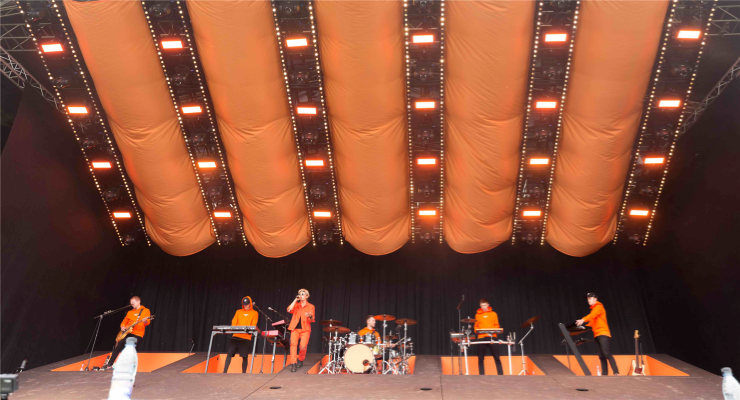 Besides the extremely powerful output, the Q-7 has an even light surface, which provides a better distribution the light.

Planning eight festival performances during the brightest time of the year, lighting designer Kristian Holm Nielsen needed luminaires with extremely powerful outputs. With its powerful output yet low energy consumption, Kristian decided on SGM’s Q-7 and was more than pleased with its performance.

Each summer, the popular Danish festival Grøn visits multiple cities providing great music, stunning stage performances, and fun activities to a huge audience. The annual festival is always scheduled in the middle of the summer, on the brightest time of the year. With this in mind, lighting designer Kristian Holm Nielsen turned to the SGM’s Q-7 as the perfect fit to illuminate Christopher’s incredible show during the eight summer concerts.

"Performing in direct sunlight, my main focus was definitely getting light sources that could provide a powerful blinder effect – even when accompanied by a very bright sun,” said Kristian, who knew the bright summer days in Denmark required extremely powerful lighting sources. When asked why the Q-7 was chosen for this project, Kristian simply but firmly replied: “The output. Definitely the output!”

With a track record of over 10 years in the business, Kristian had worked on countless shows prior to Christopher’s production at Grøn 2017. In fact, with a system engineer title and early aspirations to design, Kristian has from the beginning of his career been able to design, program, and execute.

“From the beginning, my title as system engineer provided great opportunities to design, program, and execute lighting on a number of Danish music groups including The Storm, Niklas, Fallulah, Oh Land, and Who Made Who,” explained Kristian. However, it was not until Christopher’s fall tour of 2014 that Kristian was able to let his creativity flow freely, without having to worry about relatively low budgets.

Although the main focus for Christopher’s 2017 Grøn production was to obtain a powerful output, Kristian was well aware of some of the additional features of SGM’s Q-7.

“Besides the extremely powerful output, the Q-7 has an even light surface, which provides a better distribution the light. Another plus is the much lower energy consumption compared to other products in the same category,” said Kristian, who has worked as both set and lighting designer for all of Christopher’s productions.

Although the Q-7 was under roof for this specific production, Kristian was no stranger to SGM’s IP65/66 rated range, and he is excited about the many lighting design possibilities arising from this feature.

“It’s definitely worth considering that more and more of SGM’s products are IP65-rated. For upcoming designs, I will be able to place lights where it was once impossible due to unstable weather conditions,” concluded Kristian enthusiastically.

SGM’s Q-7 were used for all of Christopher’s eight festival performances.