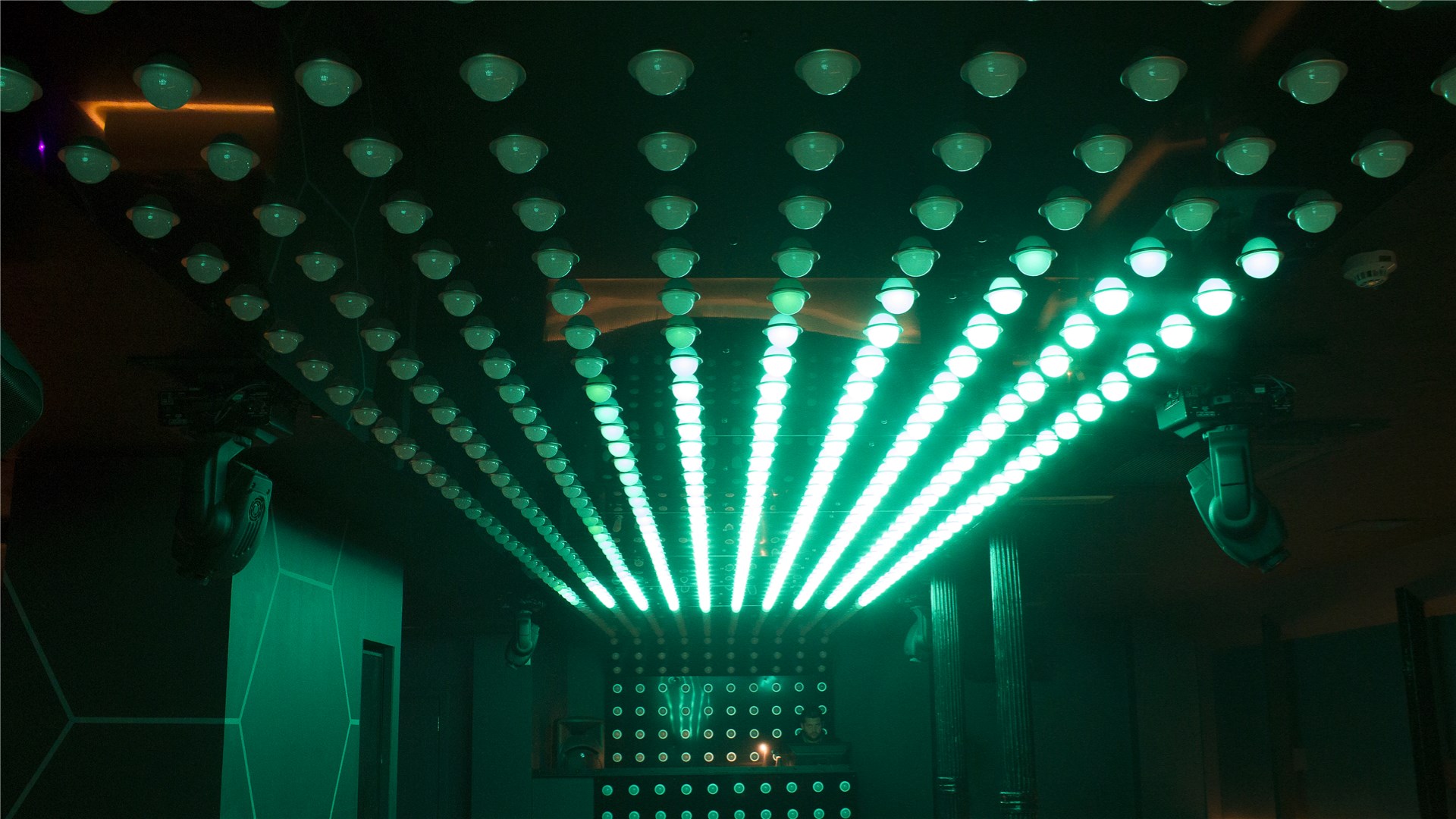 LD-5 for creative use on the club ceiling. 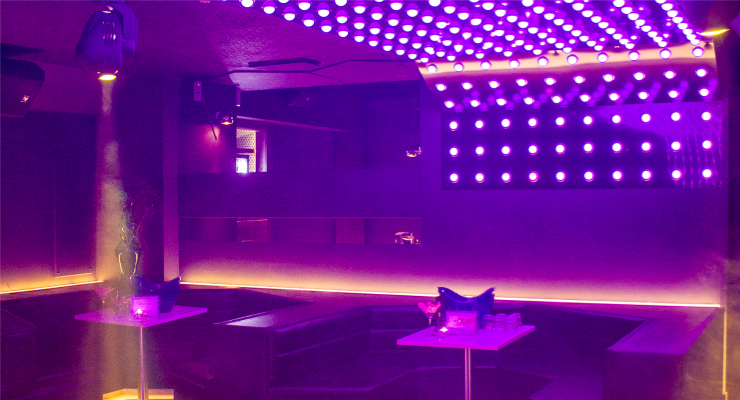 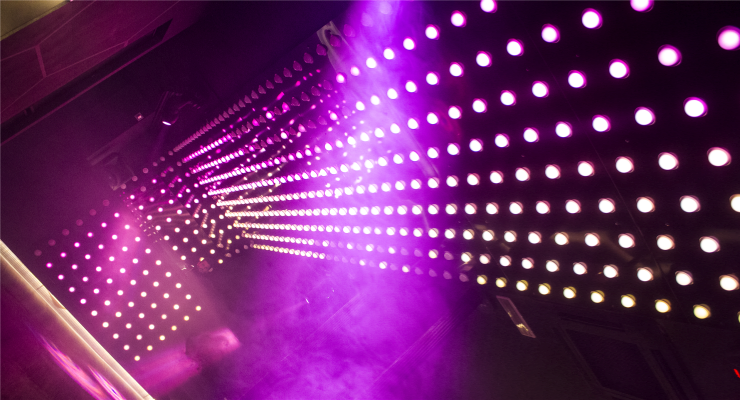 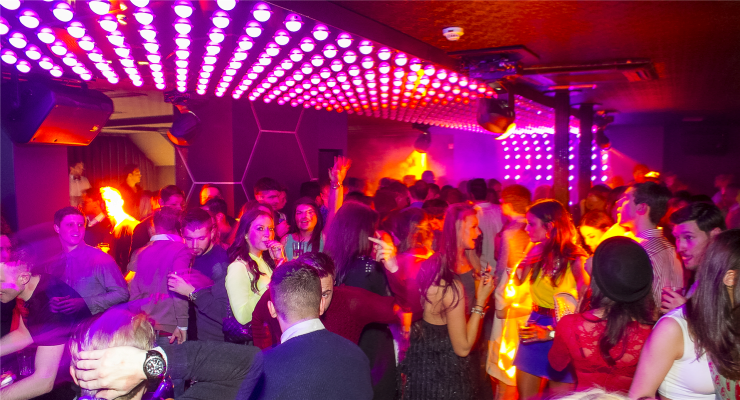 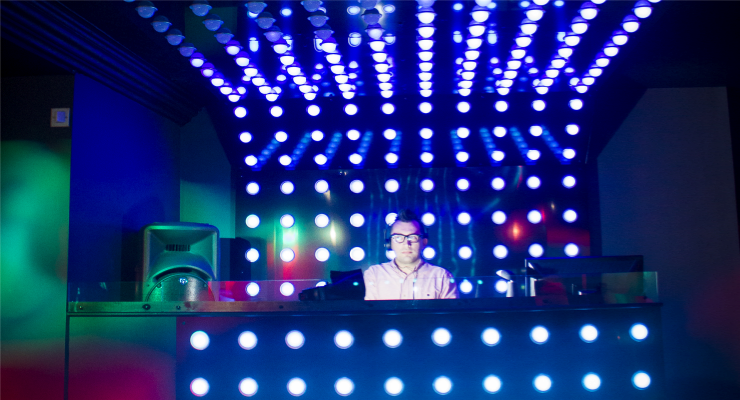 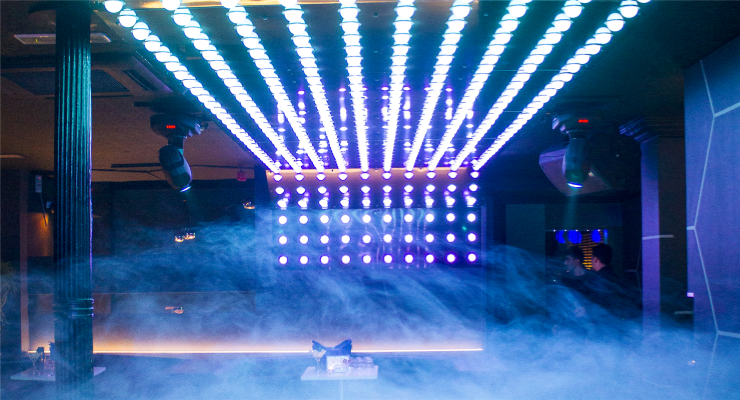 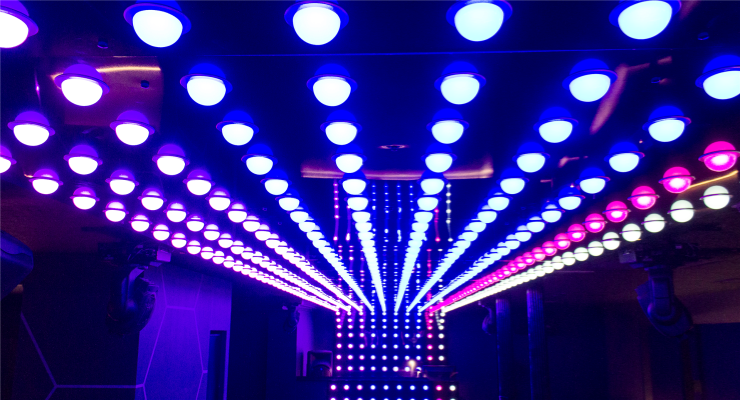 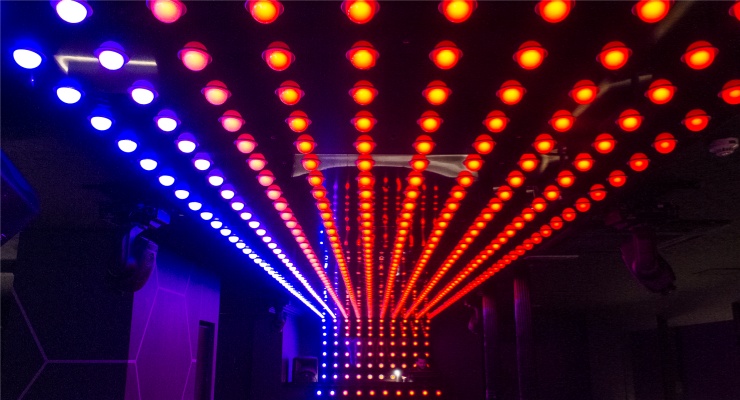 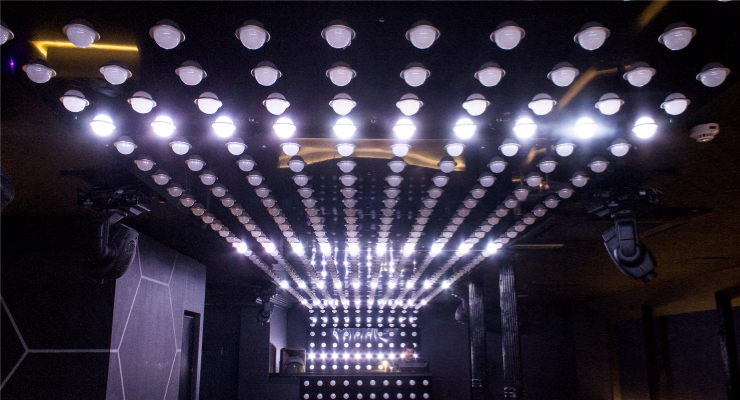 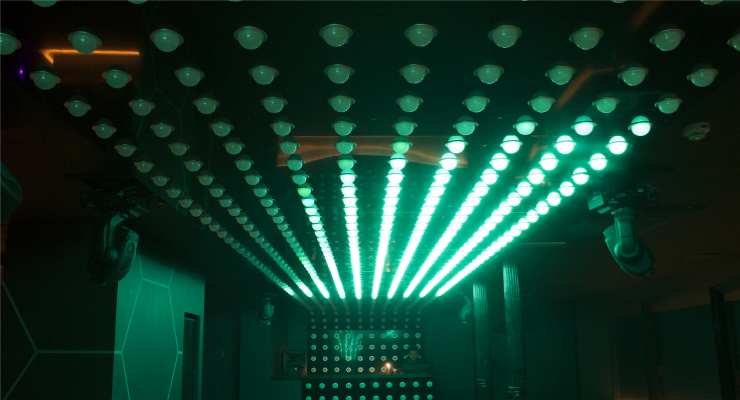 When Chris Lessani and partner Gary MacCulloch took over the former Boho Club in Glasgow's city centre at the end of last year they wasted no time in renaming it The Sanctuary. Moreover, they specified no fewer than 730 LD-5 (LED Domes) for use creatively on the club ceiling.

The LD-5 is one of a kind and the effects it produces are amazing.

Club lighting for The Sanctuary

In order to stamp a new identity on the popular location, they travelled extensively looking for unique lighting ideas that would dazzle the dancefloor, and set it apart from other venues in the area.

Having seen a particular domed LED lighting effect, they brought in installation company, Blinding Light, who were soon in contact with SGM UK's Ian Kirby in search of a superior solution. As a result, they specified no fewer than 730 LD-5 (LED Domes) for use creatively on the club ceiling. Measuring just 80mm in outer diameter, up to 35 domes can be run in a single chain — and under the command of the Madrix sound activated effects generator and media server Blinding Light's Scott Cruickshank knew the effect would be pulsating.

"As soon as Ian introduced me to the LD-5, I could see it was a finished, and much more versatile product than the one they had seen," said Cruickshank.

Chris Lessani agreed. "The LD-5 is one of a kind and the effects it produces are amazing. Although we have operated bars in the past, this is our first nightclub enterprise — and we are delighted that we have been able to create so much impact with these Domes."

Together with the two owners, Blinding Light sourced a series of aluminium composite panels, in gloss black, each measuring 2m x 1m, which were laser pre-cut so that the LD-5's would line up perfectly. "Rather than just have an effect running across the ceiling we decided to wrap it down the wall behind the DJ box and then back in front so it looked like the DJ was floating in mid-air. The reflection off the gloss finish added to the effect."

Blinding Light installed, cabled and populated the Alupanels, which form an overall geometric measuring 10 LD-5's wide and 73 long running the length of the ceiling — thus creating a compelling centerpiece.

Being sound activated, the effect is further animated using the waveform from the music being played by the DJ. Meanwhile, the LJ can choose circular FX pulsing from the centre, and other effects ranging from early evening subtle fading to the entire feature colour strobing. He can also use scrolling text control with the Madrix or even have chevron arrows zipping towards the DJ.

The final word comes from Chris Lessani, "The LD-5's have received a great reaction, not only from our customers but from other club owners, who have been dropping in to see what all the fuss is about."

No fewer than 730 LD-5 LED Domes are installed in the ceiling of the club.