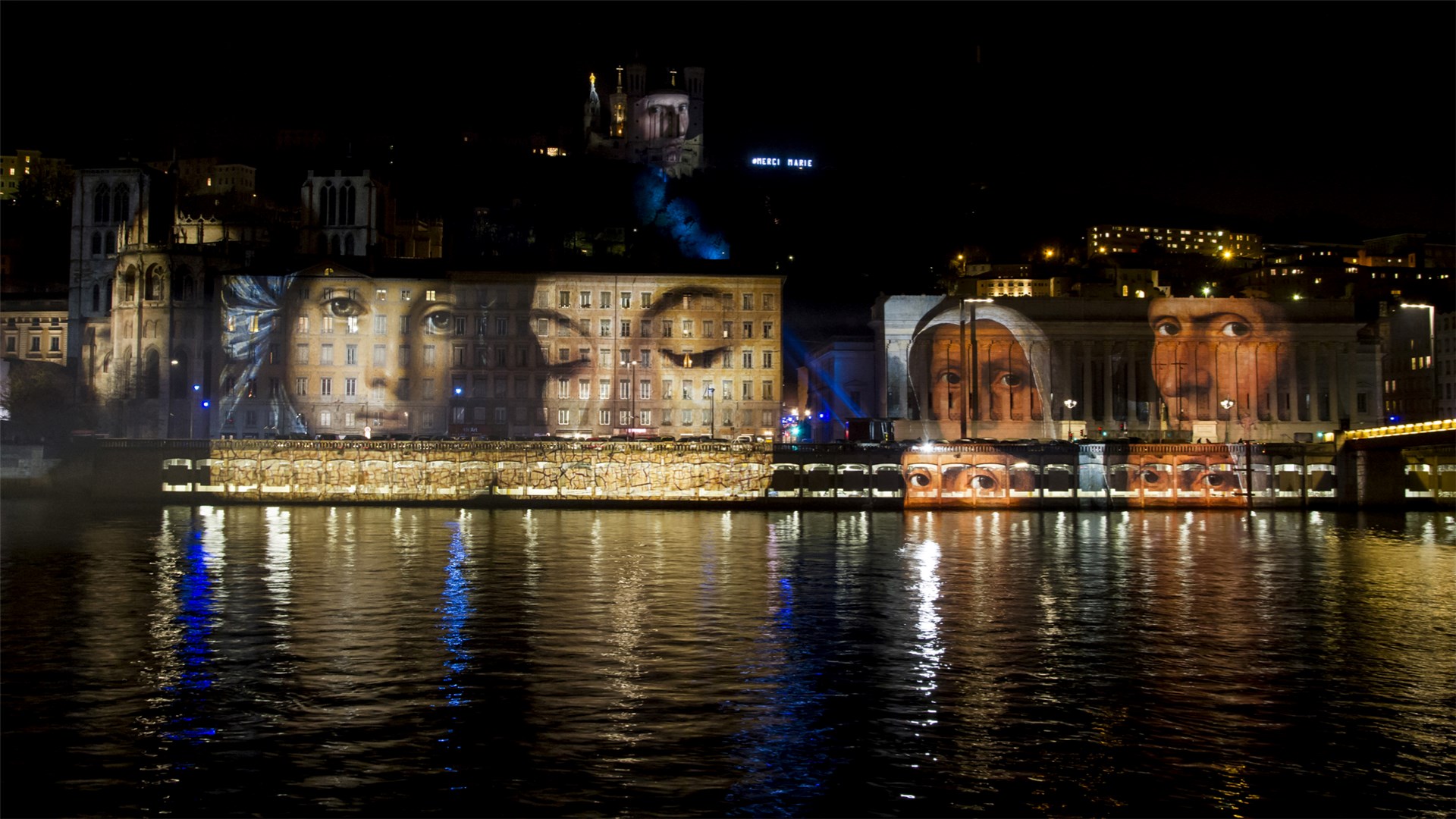 Touching lightshow honoring the victims of the Paris attacks 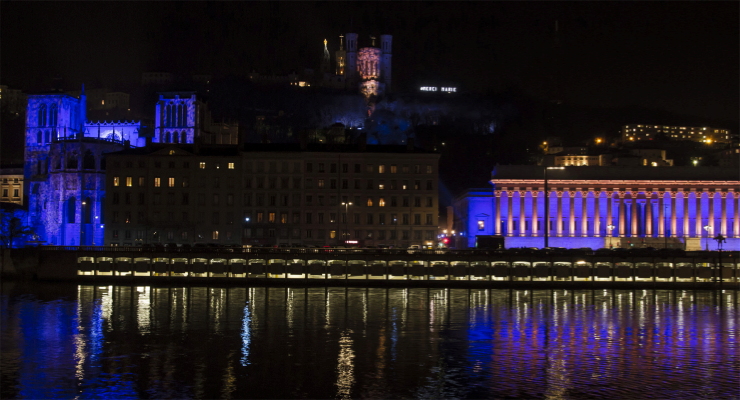 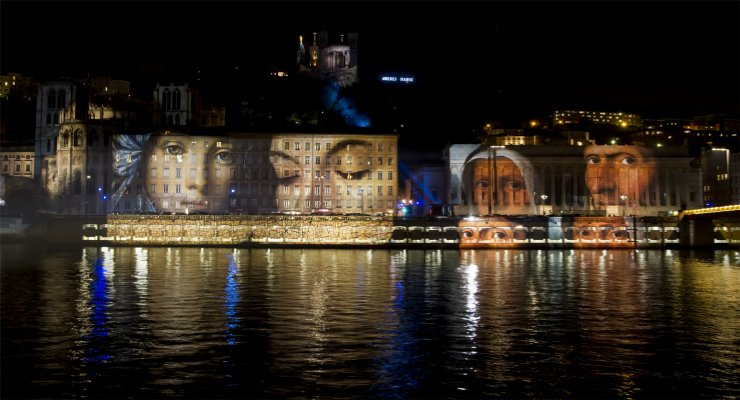 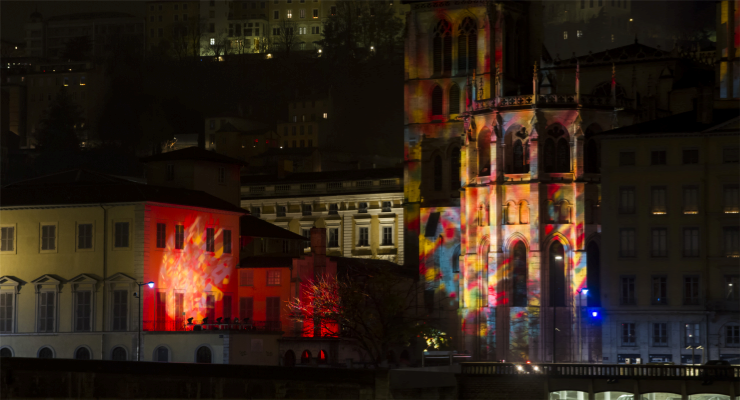 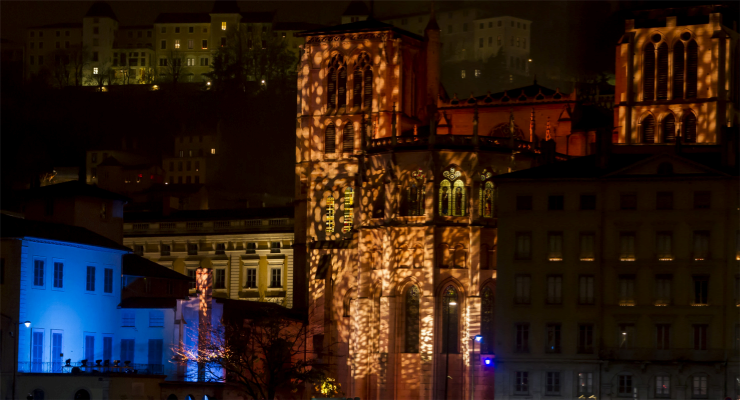 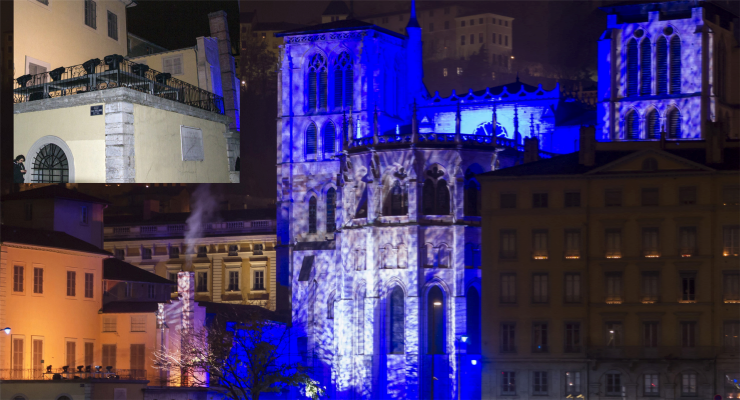 Armed with candles, people stood united to fight the dark forces for the much different 2015 edition of Fête des Lumières. Using solely SGM products, the city of Lyon became illuminated at La Colline de Fourvière for a one-day tribute to the victims of the devastating Paris attacks.

“With a huge distance between the projectors and the surface of the buildings, the G-Profile was the perfect product with great output, gobo precision, and a great variety of gobos.”

Using a mix of IP65-rated Q-7s and G-Profile LED moving heads, a touching light show by lighting designer Daniel Knipper was created to honor the victims of the terrible attacks in Paris. With all other shows postponed to the following year, the contemplating light show, Renderings, was the only show maintained for the 2015 edition of the popular Festival of Lights in Lyon.

It was a different Fête des Lumières that lit up Lyon in December 2015. The four nights of utter enchantment that had been planned to broadcast the heritage of the city for Lyon’s most famous festival, was cut short due to the tragic events in Paris in November that same year. For a one-day tribute, people had been invited to stand united and light candles, while the city became illuminated at La Colline de Fourvière.

Official partner of the light festival and supplier of lighting, rental company GL events Audiovisual, was honored to be part of this unifying tribute.

“We were very surprised and honored to be the only company selected for this year’s edition. Both the project and the site worked wonders in our favor,” said project manager Frédéric Fuentes, who had been asked to change the former concept of four days into just one day.

“Only Daniel Knipper’s artwork Regards was maintained in its initial state, because it was perfectly corresponding to the contemplative perspective. We then chose to add the first names of the victims as projections at the end of the show,” said Fuentes.

Using a mix of IP65-rated G-Profile LED framing moving heads and Q-7s (with a combination of flood/strobe/blinder), Fuentes and Knipper were able to create an interaction with PIGI video projectors.

“We installed 10 PIGI video projectors for the Palais de Justice. I worked out the lighting concept for Chevet de la Cathédrale St. Jean, du Jardin de Rosaire, and du Chevet de la Basilique de Fouviére. With the two products from SGM, the installations allowed me to link light and images, so the light interacted with the projected images,” said Knipper.

The IP-rating and the zoom range were essential features of the SGM products to achieve uniform and powerful renderings despite the complexity of the building surfaces.

“The G-Profile completely matched the requirements,” said Fuentes, who was pleased with the G-Profile’s powerful output and high quality of both frames and gobos at the, at times, challenging heritage site.

Although new to SGM fixtures, Knipper knew the SGM products would provide him with the reliability needed to adapt to the very tough requirements of architectural lighting.

“The Q-7 was a very appropriate fixture thanks to the richness of its colors, allowing me to pick up any adequate color with precision and having the product do exactly what I ask. Combined with a great spread angle, the products made it possible to achieve a beautiful coverage of the area,” said Knipper, who also benefitted from the G-Profile moving head.

“With a huge distance between the projectors and the surface of the buildings, the G-Profile was the perfect product with great output, gobo precision, and a great variety of gobos. And with the IP65-rating, there is no more need for domes from which you lose brightness due to plastic reflections. To me, the ideal product for this installation,” explained Knipper.

Both Knipper and Fuentes were well-satisfied with the event and the results achieved by SGM LED luminaires.

“Regards was a contemplative large-scale project mixing huge images and illuminating the buildings of La Colline de Fourvière. A smooth dimming was realized to demonstrate all the emotions desired by the artist. The gain was much more effective compared to previous installations on these buildings,” said Fuentes about the touching lightshow.