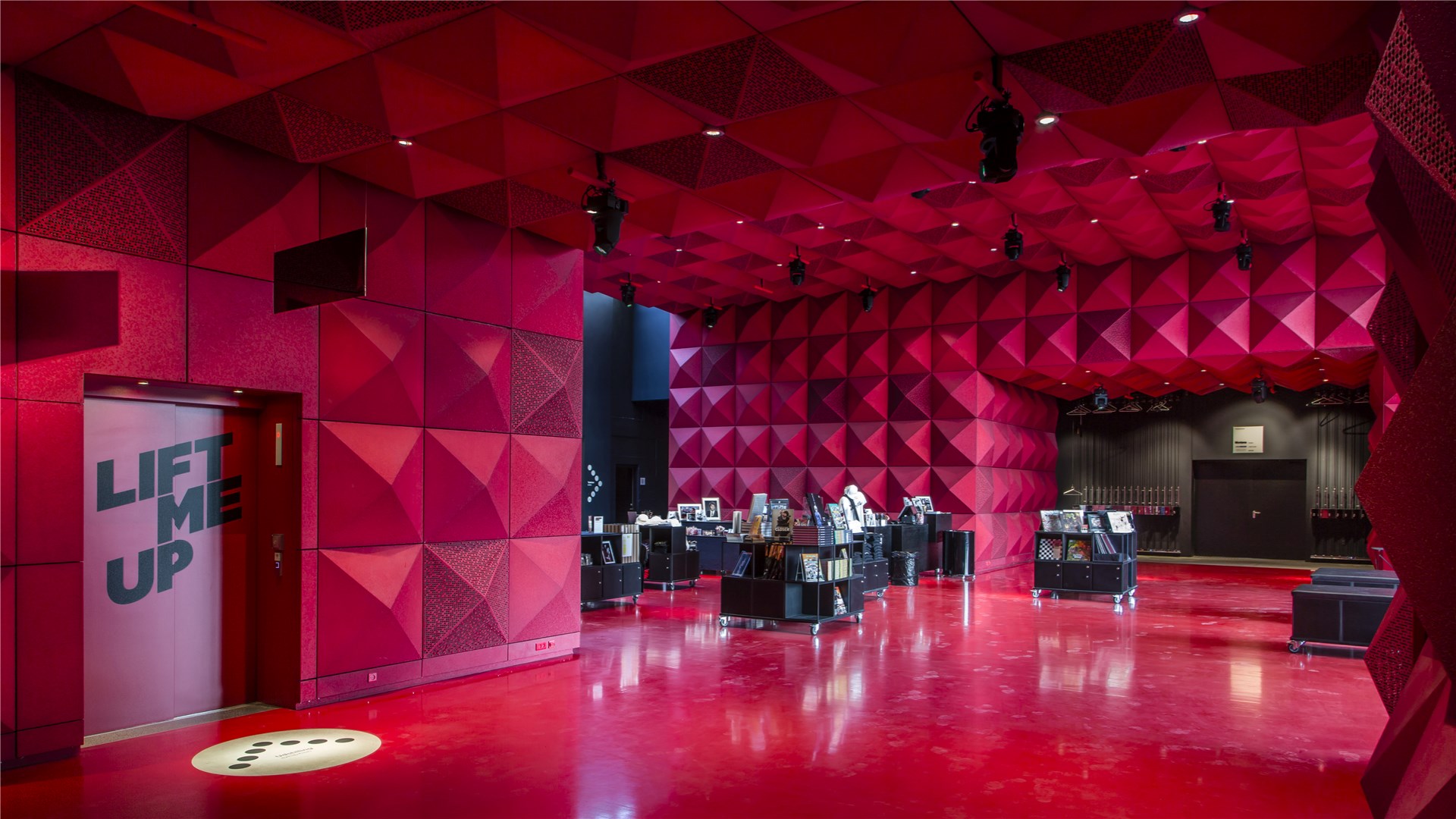 RAGNAROCK, the Danish museum for pop, rock and youth culture, opened its doors to the public in April 2016. The museum’s gold-studded facade, the red-carpet runway and the lobby are exclusively equipped with SGM lighting fixtures and these installations were nominated for the prestigious Danish Lighting Award 2016.

We needed fixtures that would serve both as retail lights and as show lights for events and special occasions. We found that in the G-1 Wash.

RAGNAROCK Museum illuminated with SGM lights both inside and outside

From the very beginning, lighting was meant to be an essential part of the architecture and the visual expression for the RAGNAROCK Museum. RAGNAROCK wanted to use lighting as a medium and as a means of communication, to support the activities and the overall purpose of the museum.

Lena Bruun, Chief of Development at RAGNAROCK, explained:
“We wanted lighting to almost speak for itself and to send a signal of life, openness and transparency. We envisioned that it would connect by-passers with the museum and give them an experience – even after opening hours.”

In the initial stages, the plan was to implement a media facade but when Lighting Designer Jesper Kongshaug became part of the project, he presented an alternative to covering up the beautiful facade and instead enhance it with lighting. The facade is made up of a shell of golden studs – almost resembling pyramids, which to a lighting designer offers many creative options. Kongshaug explained:
“It makes a lot of sense to utilize the structures in the facade and to play with the lighting to create different textures and ambiences to suit different occasions. The building itself is very expressive and changes appearance with the changes in daylight, and with the right lighting, you can create dramatic effects.”

The team tried out different lights from various manufacturers and ended up choosing P-5s and P-2s to light up the facade. Kasper Stouenborg. Programmer and AV Consultant, said:
“To us, it was all-important to work with a manufacturer with a portfolio of powerful fixtures that would also be able to sustain throughout all four seasons of the Danish weather. This, and the fact that we liked SGM’s attitude and visions, led us to form a collaboration with them on this project. As an added bonus, we have not experienced a single break-down of the fixtures, which is a pleasant and welcome surprise.”

The angles in which the P-2s and P-5s have been placed all around the building, contribute to emphasising the pyramid-shapes that cover the entire facade. Stouenborg elaborated:
“Because of the metallic surface of the facade, with lighting you can make the building appear as if it was made by silver, gold, bronze and other metals.”

On the square in front of the building, the red carpet starts and works its way into the lobby of the museum. The square is lit up by eight G-Spots to give visitors a true red-carpet experience and welcome them to the museum as if they were rock stars. Furthermore, the G-Spots also enhance the elements surrounding the square and the red carpet, such as park benches, flower beds and interactive installations.

Moving inside to the lobby via the red-carpet runway, 24 G-1 Washes ensure a bright welcome to visitors. The lobby space serves multiple purposes, both as a gift shop, a concert hall and an event space, so a flexible and easy programmable lighting solution was needed. Kongshaug was given a chance to test SGM’s G-1 Wash fixtures, before they had even been released, and thought they were great fixtures:
“We needed fixtures that would serve both as retail lights and as show lights for events and special occasions. We found that in the G-1 Wash and to me it was extra special to specify a light, which hadn’t hit the market yet.”

The museum is situated in the Danish city of Roskilde, also known for its acclaimed annual festival, and is part of an area called Musicon. The municipality of Roskilde has a bigger plan for lighting in the area, and RAGNAROCK’s exterior lighting is physically connected to the lighting system of the entire area, so that potentially the lighting for the whole area could be designed and controlled as a whole.

Bruun concluded:
“We couldn’t have dreamed of a better lighting solution. The fact that lighting was part of the plan all the way through has contributed to a very coherent result, where all the elements come together to support RAGNAROCK’s activities and purpose.”

The Committee on the Danish Lighting Award said about the project:
“With moving heads, gobo projections and flashy colors, the lighting communicates the content and theme of the place in a wild and yet poetic manner.“