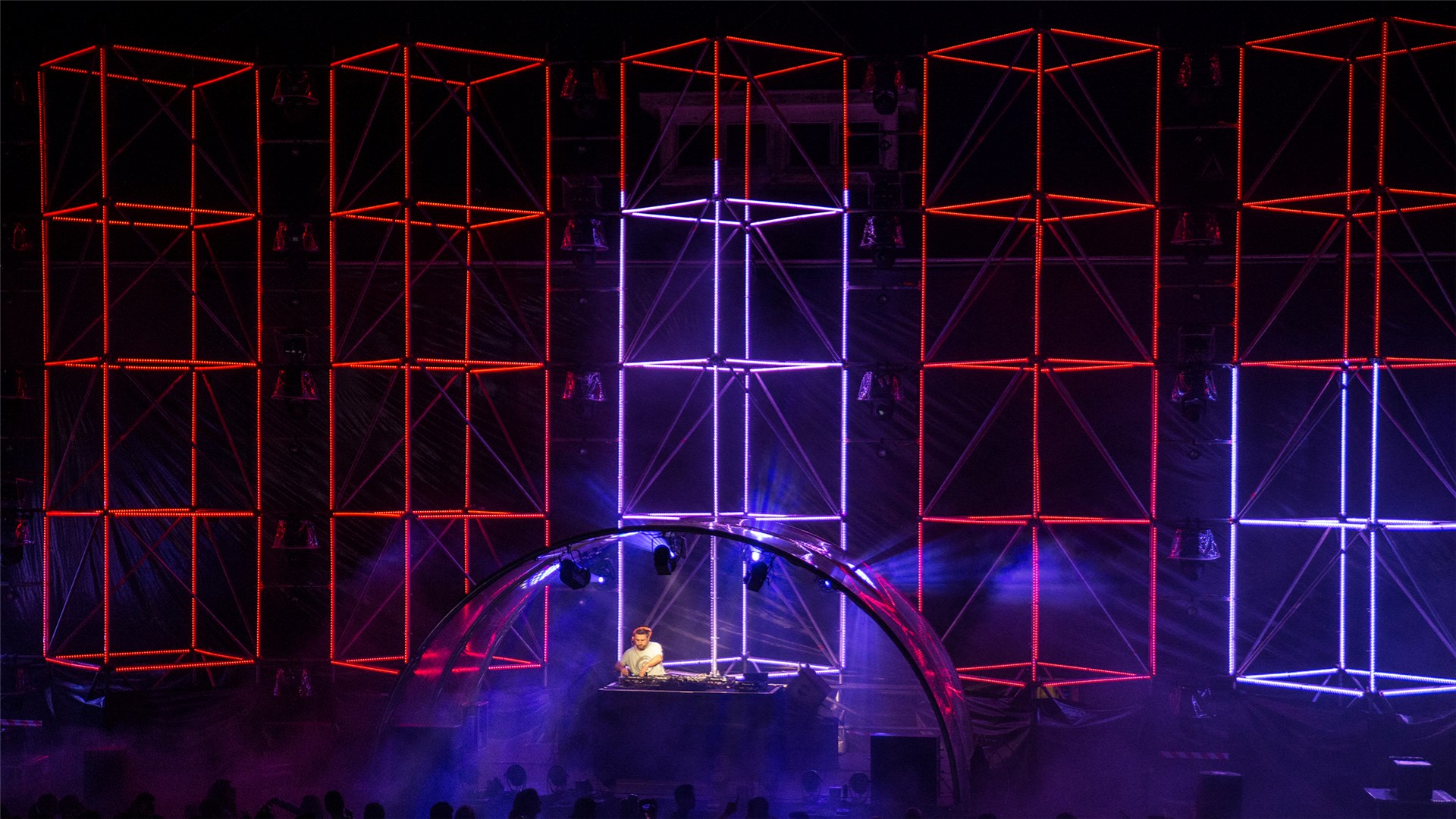 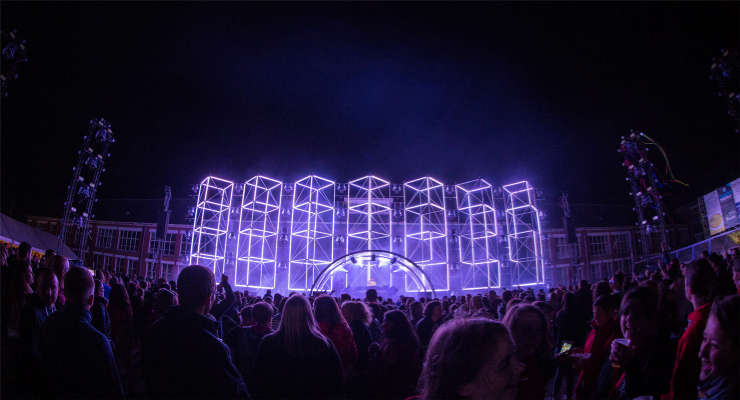 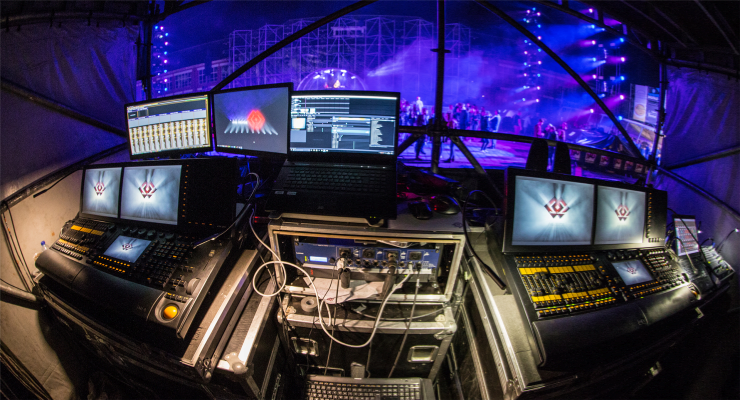 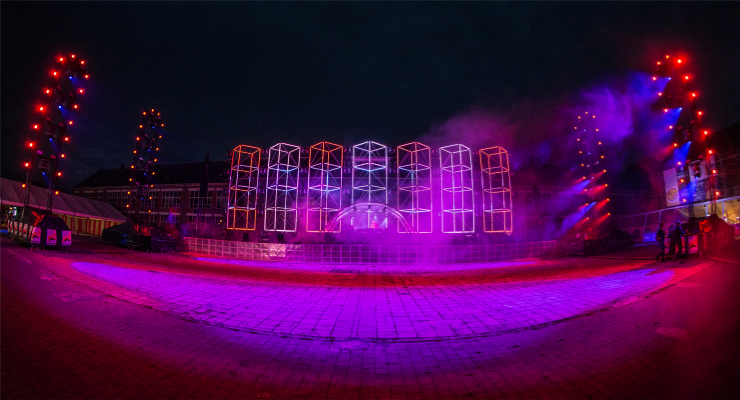 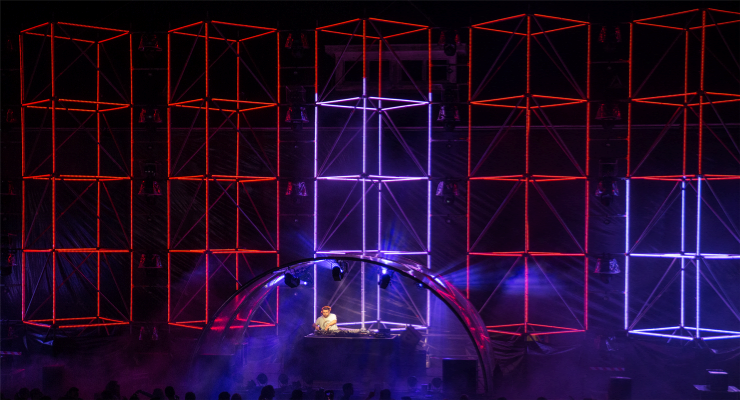 When co-creators of Ø4Ø8 Creative set out to design for Gedinne Plein Air 2017, they wanted to create something which would stun both the client and the audience. And so, they did! With the SGM LT-200 LED tube as their weapon. In addition, they created a concept called ØKUBE which is scalable and adjustable - and highly probable to be recognised in future lighting applications...

After scanning the market to find “the” perfect product to match our idea, we stopped at the SGM LT-200: Efficient, powerful, precise.

The two co-creators of Ø4Ø8 Creative created a concept called ØKUBE using the SGM LT-200 LED tubes. The result was scalable and adjustable stage design, which was deployed for the first time at the Gedinne Plein Air 2017.

Raphaël Ganhy approached the project by designing it in Wysiwyg, which allowed him to further develop his ideas and examine how to make it achievable. He explained:

“The original idea came out of a discussion about mapping creation. Since we are lighting designer, we wanted to create LED pixel mapping based on lighting products and visions instead of video. After scanning the market to find “the” perfect product to match our idea, we stopped at the SGM LT-200: Efficient, powerful, precise. And as we were designing for outdoor performances, their IP65-rating was the final compelling argument for us to make our choice.”

Together with business partner Michel Duvivier, who assisted in the technical part with Art-Net and long hours of MA2 programming, the two lighting designers accomplished a project that no one thought possible. Instead of taking the simple road and create video content with a media server, they deployed more than 300 2-meter graphic tubes loaded with RGB LEDs to create ØKUBE.

Raphaël Ganhy elaborated:
“We developed a system, which allowed us to control every pixel one by one just like any lighting operator wants. This means that we are able to run a real physical 3D mapping instead of a video projection. It was very important for us to have that possibility, because we had 2 x 10 hours of show to run and to create specific content and throw it into a media server was neither challenging nor innovative. We specialize in what others don’t, and we simply love the challenge.”

The team from Ø4Ø8 Creative was assisted Justin Renson from Vertec Industry to complete the installation. Thanks to him, Phlippo Rental, SGM BFL, and Gedinne Plein Air’s confidence in this project, the many efforts resulted in an unprecedented lighting show which briefly after was viewed on the internet 17,000 times in just four days.

“We are very pleased by our choice of SGM LED luminaires and ready to do it all again, since we now have a concept which is fully adjustable in size and forms,” Raphaël Ganhy concluded. 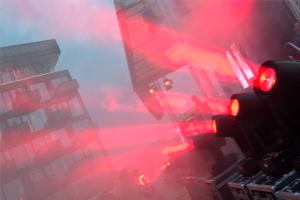