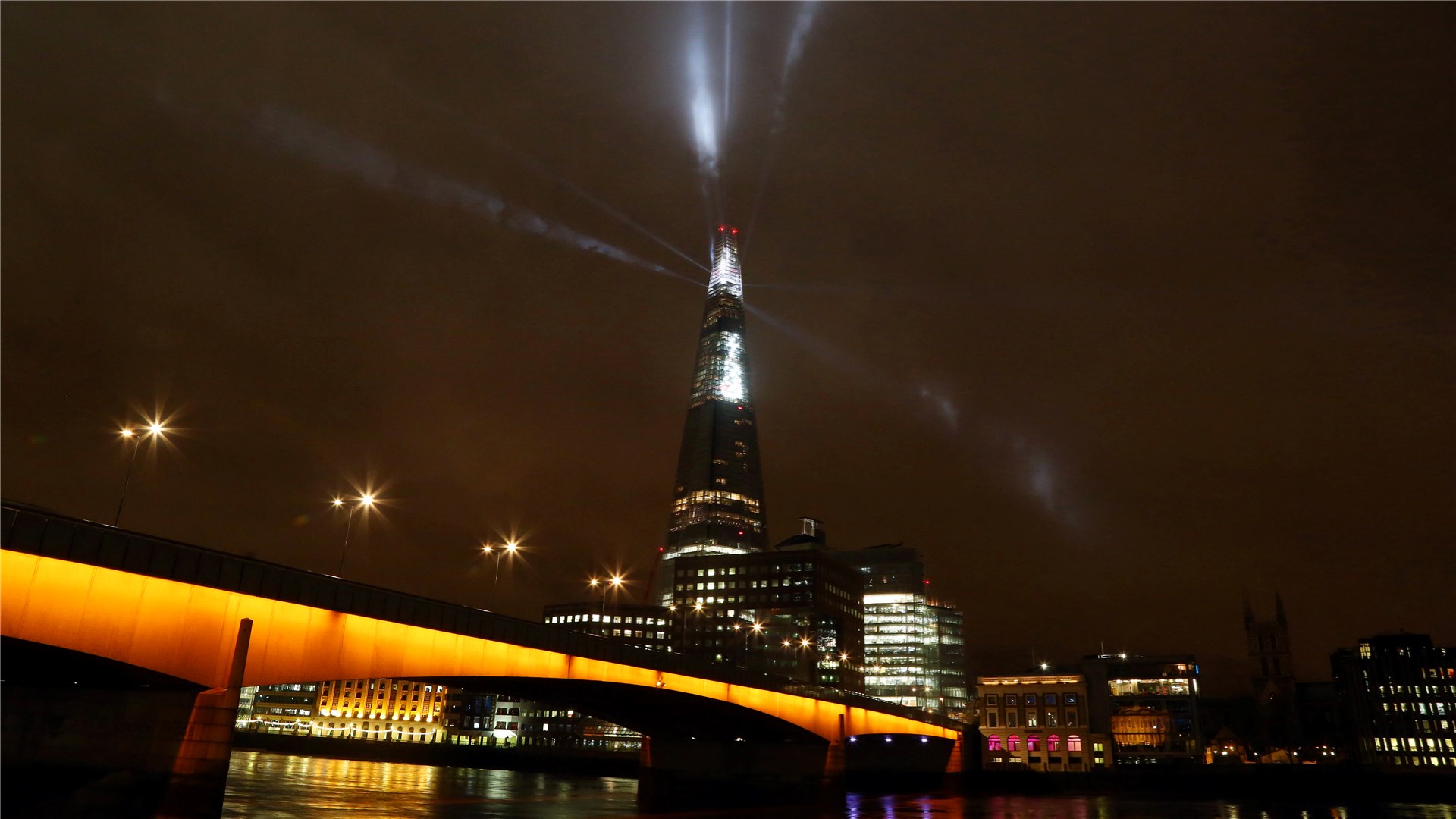 The Shard’s light spectacle in the sky 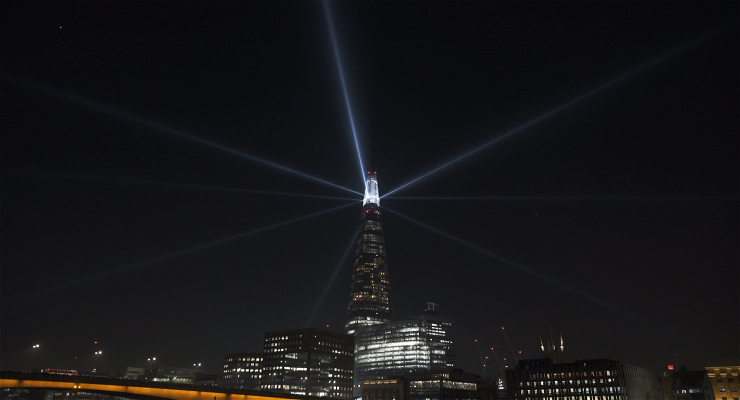 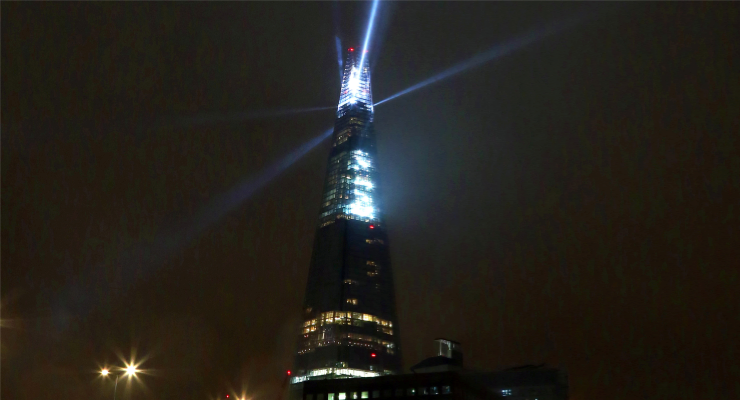 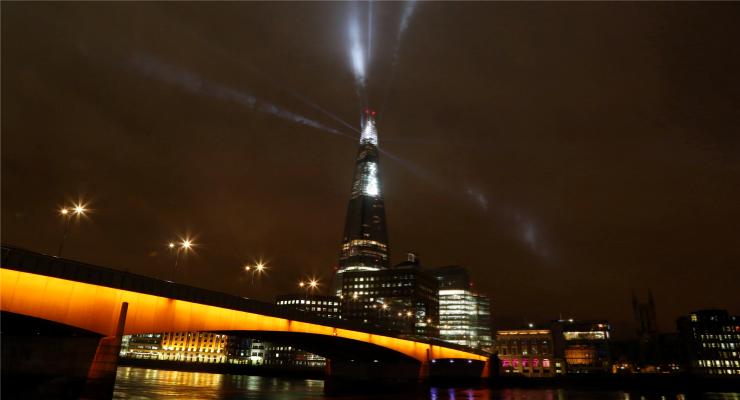 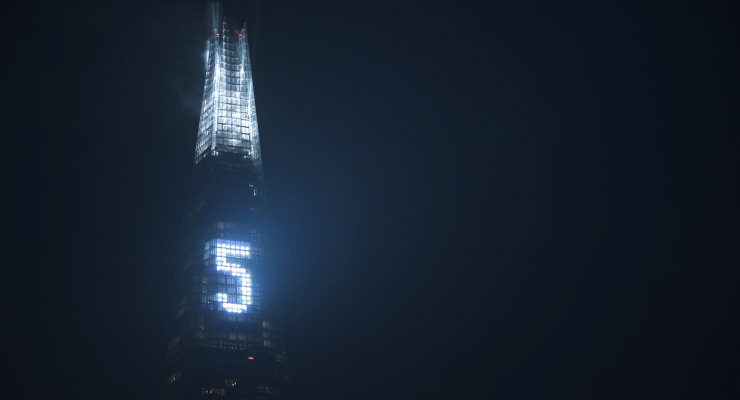 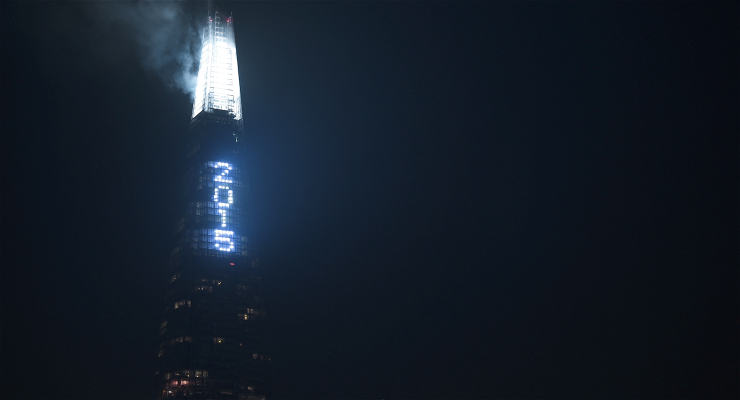 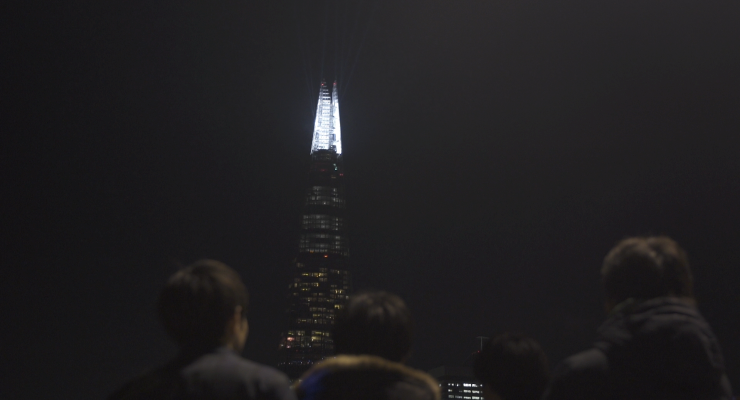 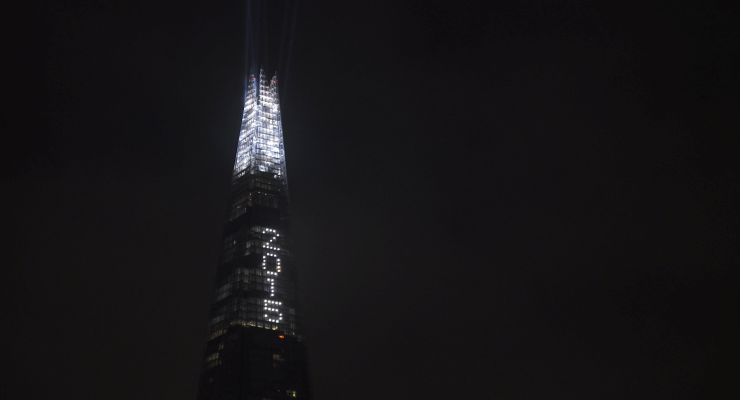 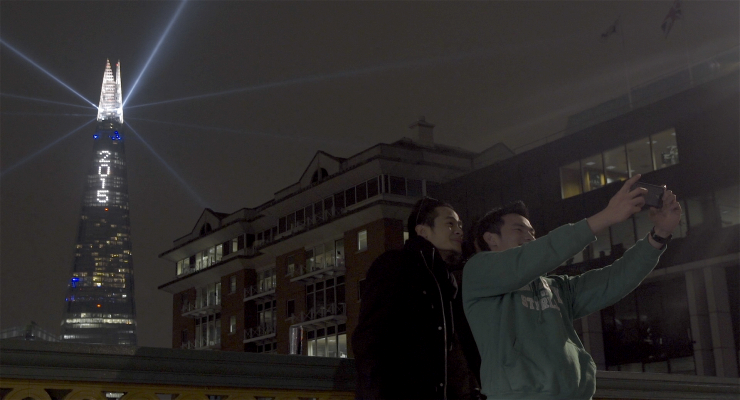 With an impressive and unprecedented light spectacle within the top 40 storeys of Western Europe’s tallest building, Shard Light demonstrated the countdown to 2015 – the UN’s International Year of Light. This marked the culmination of daily-changing lighting designs every evening from December 19th.

To have this weather-resistance over 1000 ft was vitally important. As a result, we have made a significant investment in SGM.

The Shard’s light spectacle in the sky

The Shard was equipped with a substantial SGM LED product package composed of 64 units of the world’s first IP rated moving head LED lamp – the G-Spot, along with 185 Q-7 RGBW flood/blind/strobe luminaires and 180 P-5 wash lights. These were supplied by Production Resource Group (PRG), specialists in large-scale theatrical and stadium events, who managed the complex installation.

The Shard commissioned the award-winning art collective, Jason Bruges Studio (JBS), to create the astonishing ‘Shard Lights’, with Jenni Pystynen and Adam Heslop taking lead design roles. For this celebration, each of the SGM luminaires provided the extreme brightness and powerful output needed to create the required impact which made it visible right across London.

Irvine Sellar, The Shard’s developer and joint owner, explained his vision: “The Shard has become a beacon for modern London, and is globally recognized as an emblem of our capital. We wanted to create an unprecedented installation that takes an architectural icon and turns it into a piece of public art as a gift that every Londoner can enjoy during the festive season.”

The massive scale of this project can be put in perspective by the 310m high (1,016 ft) building comprising Europe’s first vertical town of 72 floors holding over 30 acres of space rising up from a mere 1 acre of land.

Bruges acknowledges the challenges he and his team faced. “Creating Western Europe’s highest art installation is an enormous challenge. We were dealing with high winds and heavy equipment, but the opportunity to create something on this epic scale was worth the effort."

“Shard Lights created a theatre in the sky, and dominated the London skyline for the 12 days of the project,” he continued. “This kind of architectural scale art installation represents the type of project we thrive on at Jason Bruges Studio.”

The project also represented a huge challenge for PRG, who had a crew of 60 people deployed at load in. “JBS had a good idea of where they wanted to take the creative,” confirmed project leader Loz Wilcox. “With G-Spot being the first light of its kind that can be used without additional waterproofing — along with all the other IP65 fixtures that Peter Johansen is now developing — to have this weather-resistance over 1000 ft was vitally important. As a result, we have made a significant investment in SGM.”

He said that having carried out the site reccy, they needed to have the right risk assessments to fulfill both their own safety requirements and those of the venue, which required a robust method statement.

“As the building is 87 storeys high this required a significant infrastructure, that was not only about the lights, but data, power, access and logistics — and the last thing you want to be doing is troubleshooting over 40 floors.” The lighting console itself was driven by another media server — all run via satellite GPS.

But all the investment had proved well worthwhile. “We thought the whole show was fantastic — it looked great and most important, it happened safely,” he concluded. 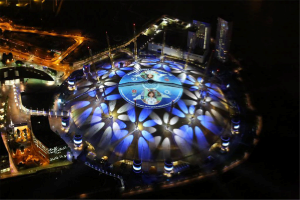