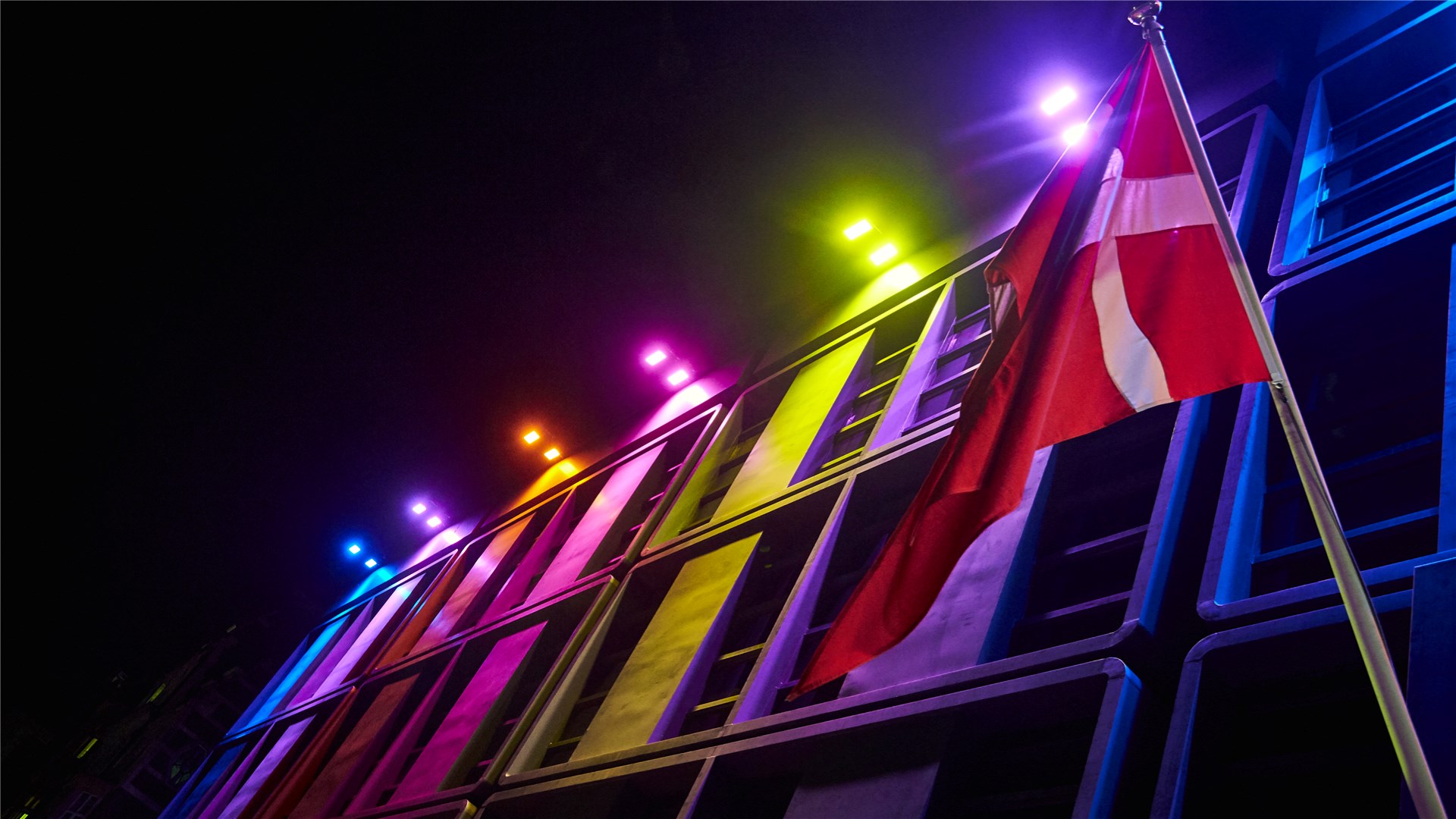 SGM Illuminates Aarhus and London for We Believe Project 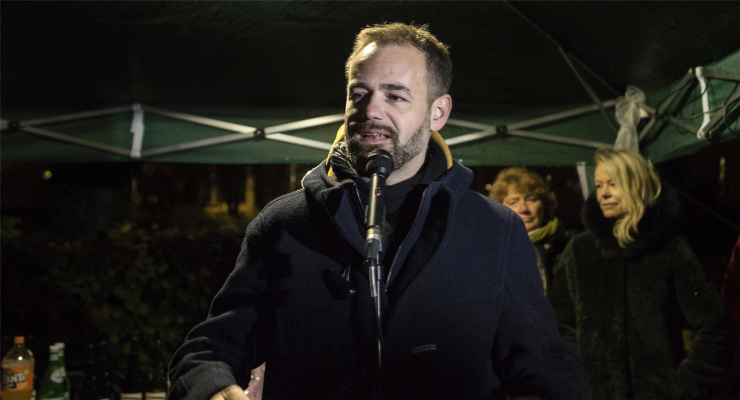 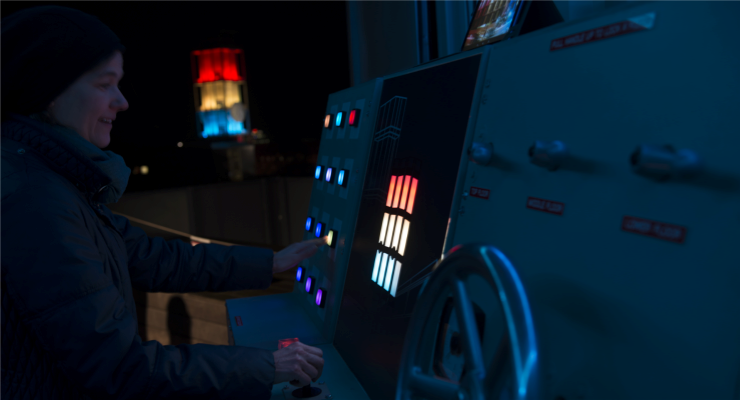 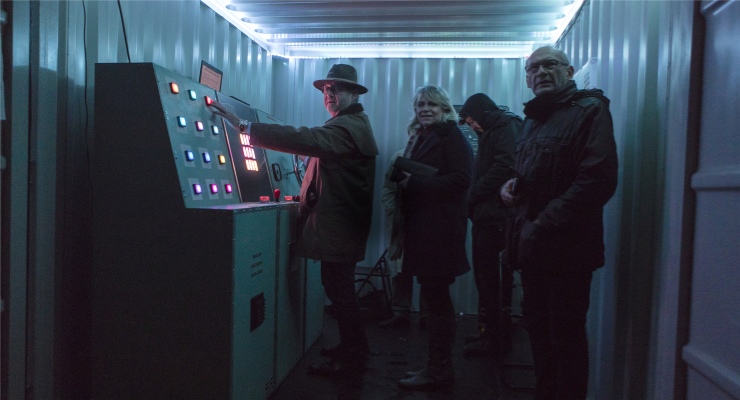 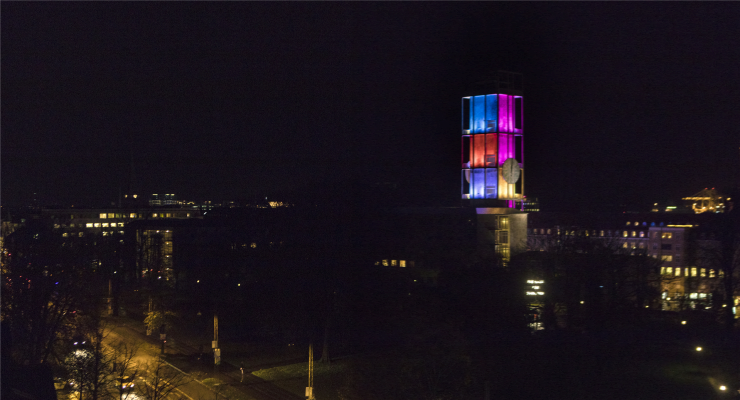 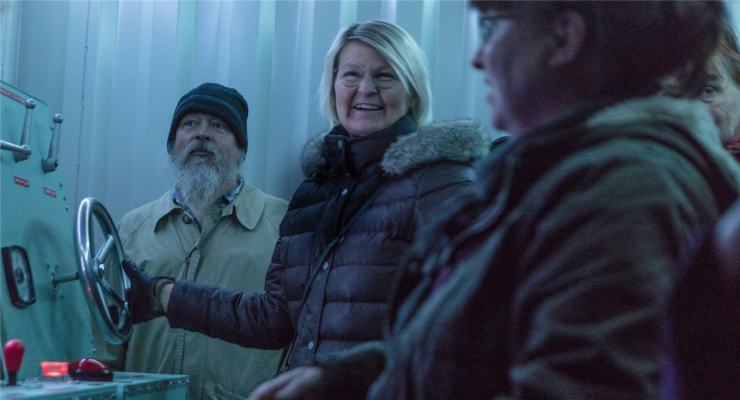 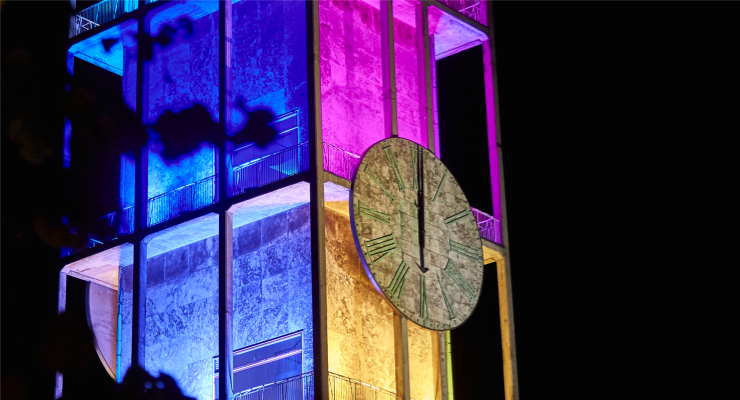 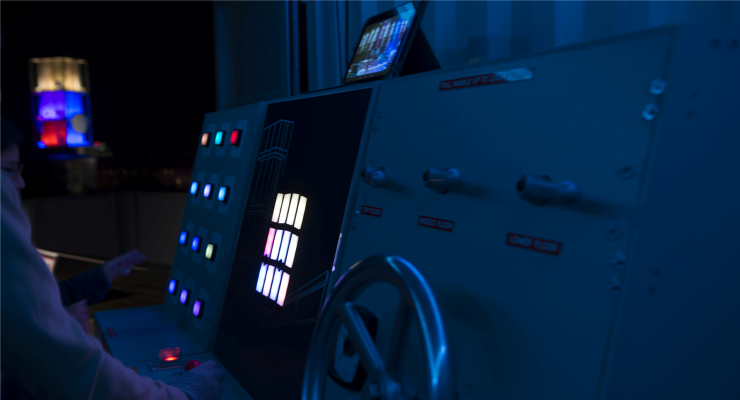 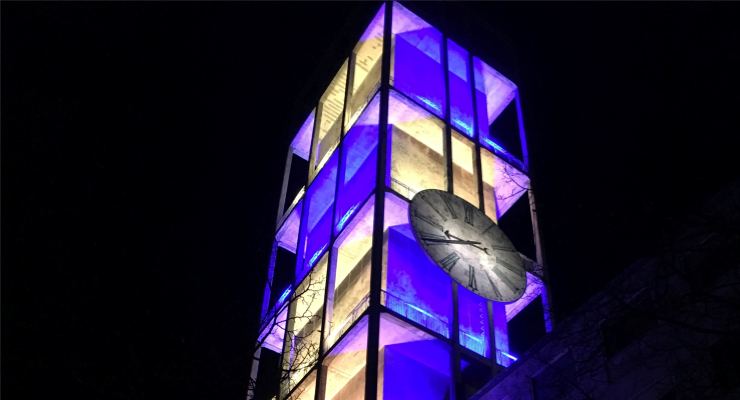 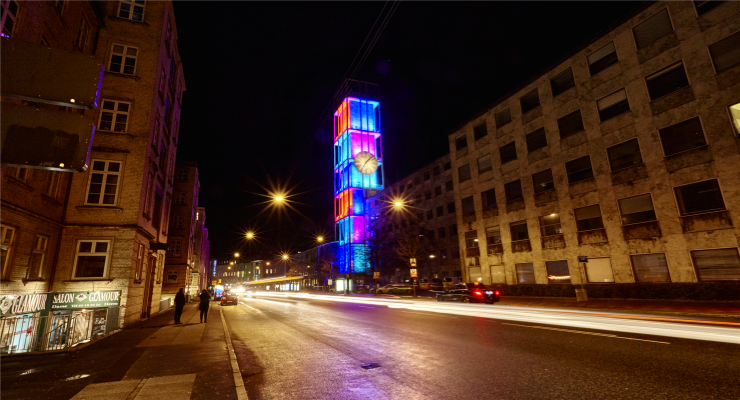 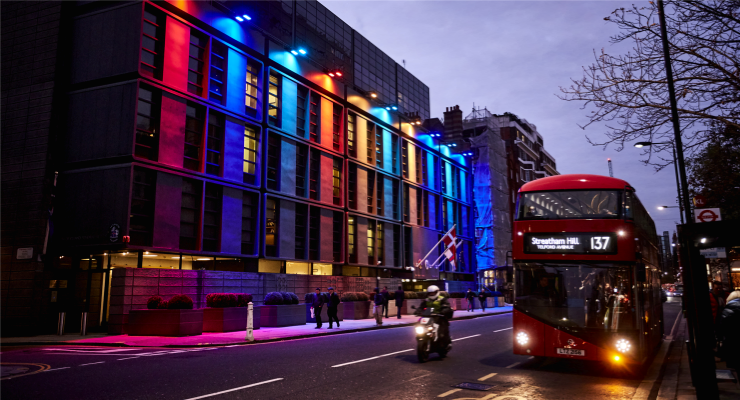 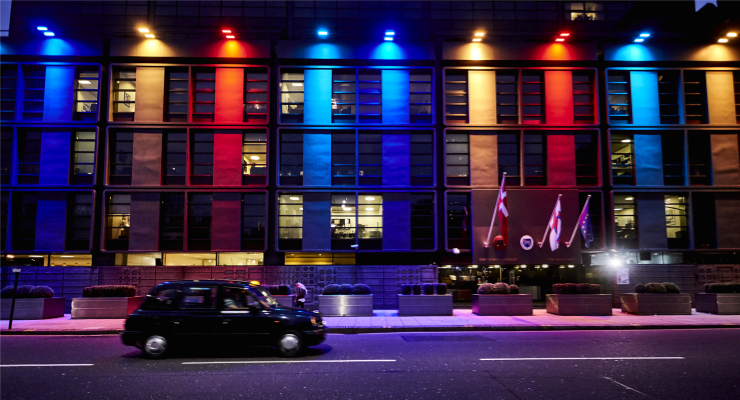 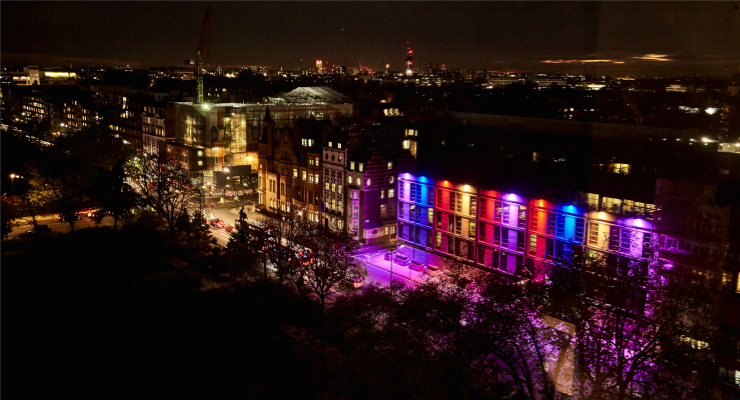 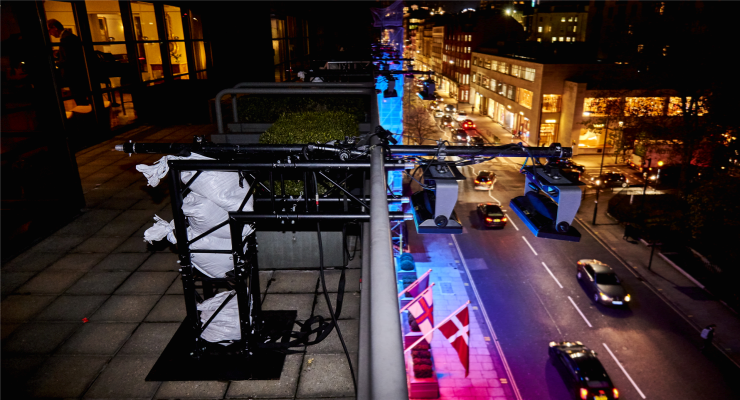 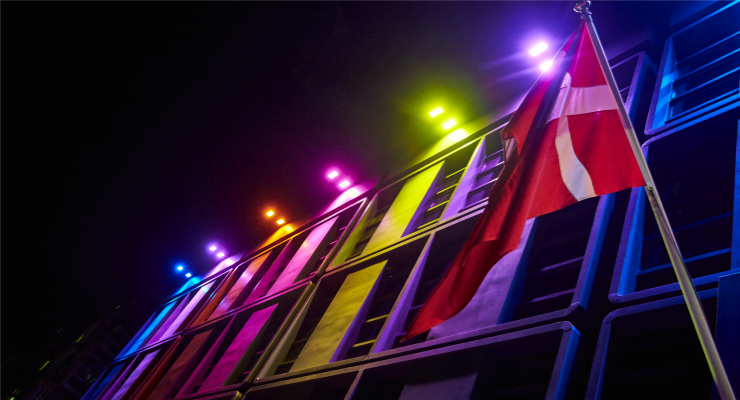 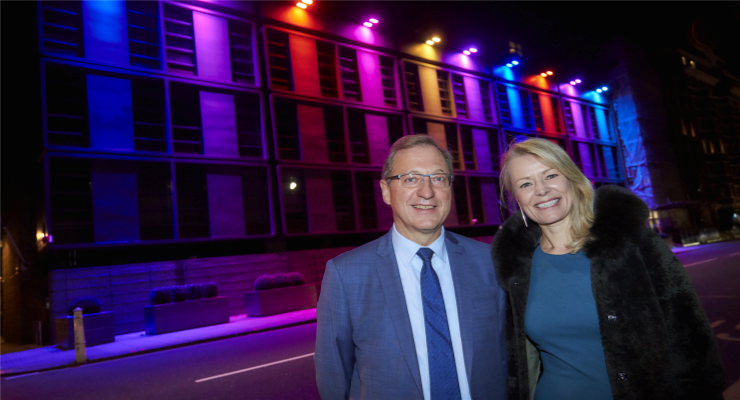 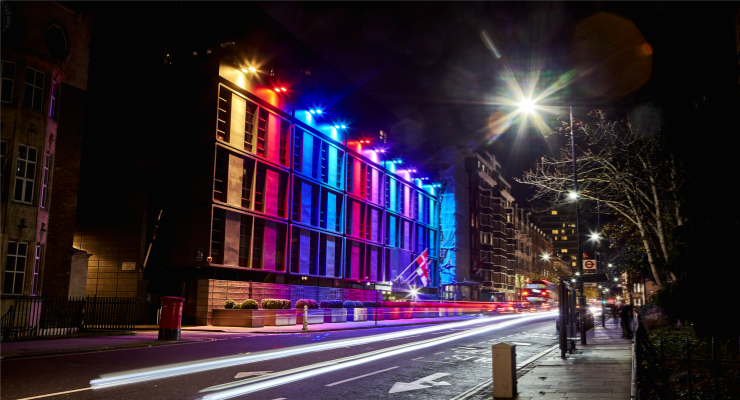 To celebrate Aarhus as European Capital of Culture 2017, participants in Aarhus got to control the facade lights at both Aarhus City Hall Tower and The Royal Danish Embassy in London illuminated by SGM wash and flood lights.

The P-5 provided just what I needed in quality and color range to illuminate a large surface evenly.

As part of an interactive art project taking place in Aarhus and London simultaneously, SGM fixtures illuminated Aarhus City Hall Tower and The Royal Danish Embassy in London to celebrate Aarhus as European Capital of Culture 2017. Designed by London-based Danish lighting designer, Tine Bech, the project was part of an Aarhus initiative to focus on "Hidden Places" with re-using potential.

The interactive lighting project, We Believe was created by Danish lighting designer Tine Bech from Tine Bech Studio in London and made possible using solely SGM luminaires. The event took place in Aarhus and London simultaneously from November 10-19 and was a huge success.

"We have been very pleased with the corporation with Tine Bech, who, from the beginning, set extremely high demands to both color mix and color calibration. In Aarhus, we mixed P-5s with P-2s, and we could not see any difference in neither colormix nor dimming," said Christian Vigsø, CEO of VIGSØ, who supplied and installed the lights.

As part of the larger "playable cities" initiative, We Believe was chosen in relation to "Hidden Places", established back in 2012, when Aarhus won the European Capital of Culture 2017 title. The two-part project has focused, on one hand, on forgotten and hidden urban places such as roof terraces with re-thinking potential, and on the other hand on mediation and citizen participation.

Perfectly in line with Hidden Places' goal to involve citizens, creative lighting designer Tine Bech's We Believe light installation invited the public to participate in connecting two cities, creating beautiful art through play from a hidden place in the city.

"I think it is interesting with a European corporation here in 2017, where Aarhus is European Capital of Culture. We get a dialog between two cities where art, design, and participation goes hand in hand. An opportunity the LED lights have given us," said Tine Bech to a local newspaper.

Citizens were invited to control the facade lights from a control panel thoughtfully placed at a hidden terrace at Karolinegården's rooftop. Programmed by Tine Bech Studio, the unique control panel, designed as three retro arcade machines  enabled countless of colorful light variations on both the facade of Aarhus City Hall Tower and The Royal Embassy of Denmark in London, which the participants could follow from a livestream through a pre-installed webcam.

"We used three SGM P-5s on the top three floors and a mix of P-2s and P-5s on the bottom three floors, which provided a beautiful illumination already 50cm from the ground," said Vigsø about the illumination of Aarhus City Hall Tower, which used a total of 47 luminaires.

Tine Bech Studio wrote a bespoke programme to control all the light in raw mode that linked the two buildings with the interactions by audiences and visitors in the control room. The lights were set in 10 channel (Intensity, Red, Green, Blue, White) mode and controlled over DMX through an Enttec DMX Pro controller by NodeJS software running under Linux.

"I was delighted to work with SGM and Vigsø. The P-5 provided just what I needed in quality and color range to illuminate a large surface evenly," said artist Tine Bech.

Choosing Aarhus and London as the two participating cities is no coincidence. London-based lighting designer Tine Bech grew up in Brabrand, just outside Aarhus. The two chosen buildings represent power and are both designed by the beloved Danish architect Arne Jacobsen. However, choosing two cities so far from each other required easy, remote control.

"In case of any malfunctions, we were not able to access either of of the installations. Therefore, we decided to add the SGM A-4 node, so we, from our office, were able to monitor all fixtures, update firmware, change modes, etc. To my knowledge, SGM is the only provider of this service," said Vigsø, who also stated that they did not experience any forms of malfunctions during the 10-day project.

Event
We Believe, Aarhus as European Capital of Culture 2017 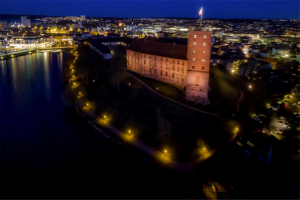 The past meets the future: 700-year-old castle illuminated by SGM Read more