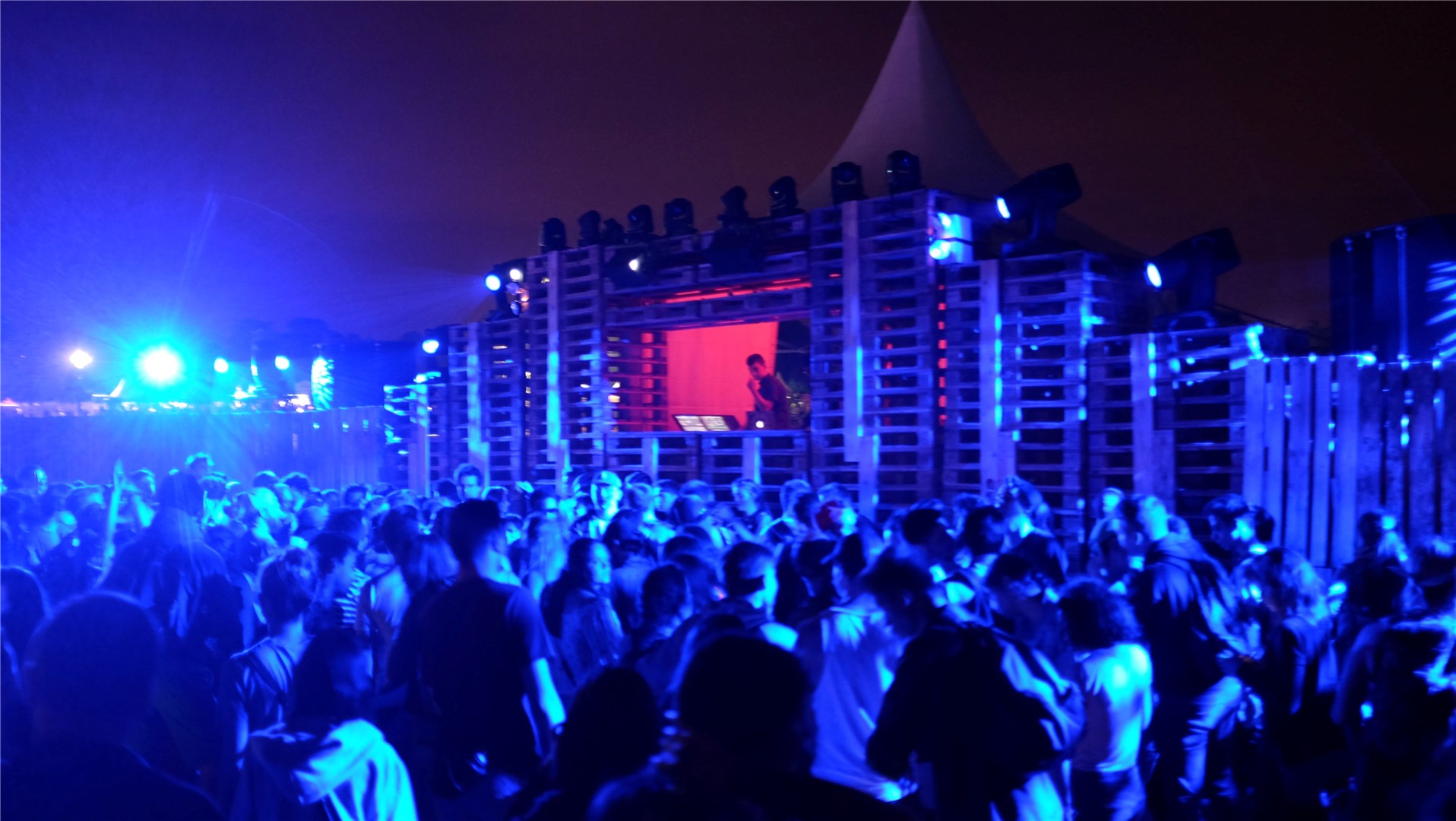 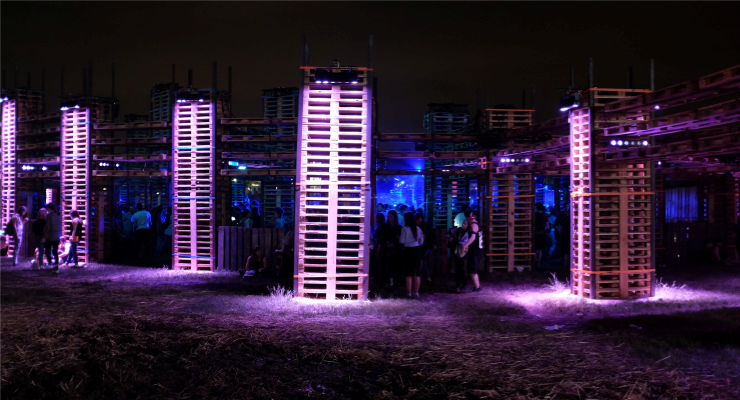 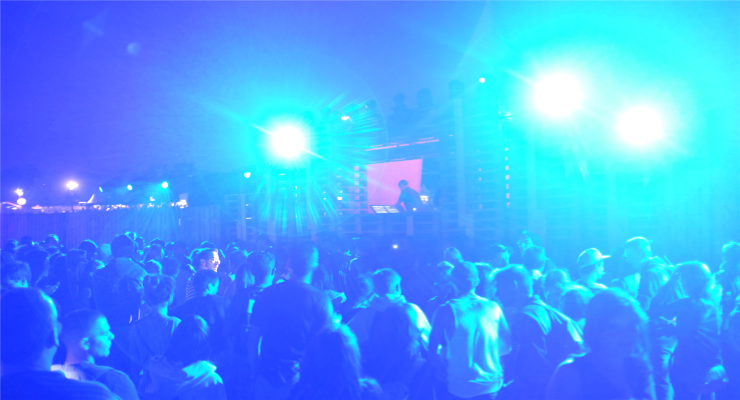 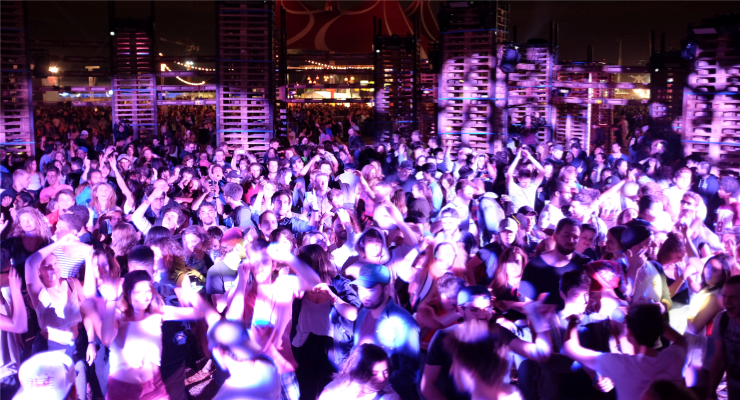 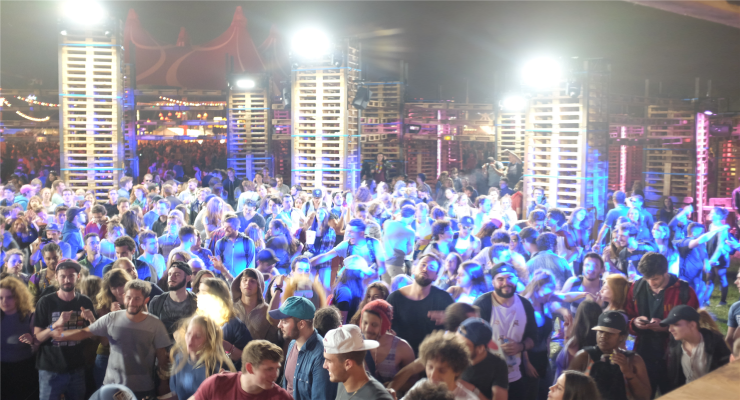 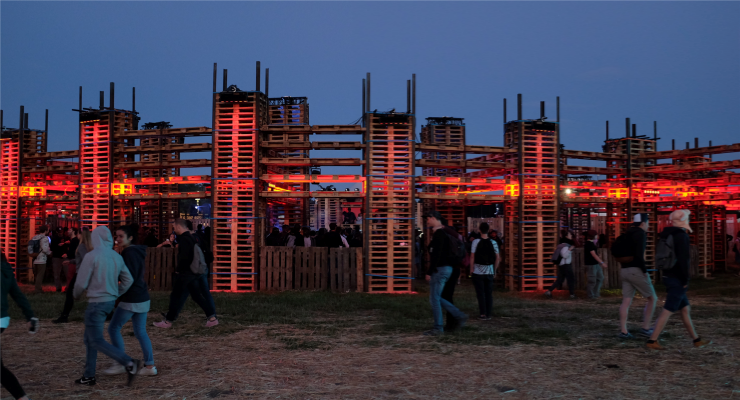 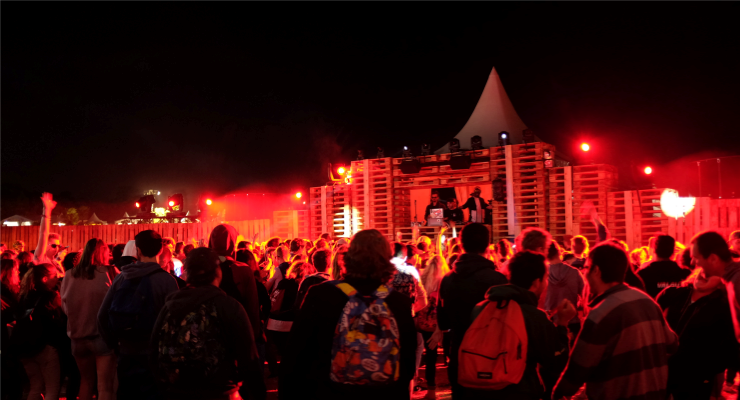 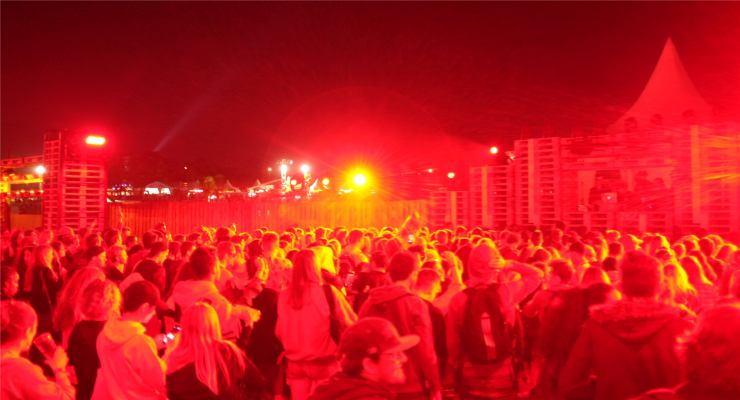 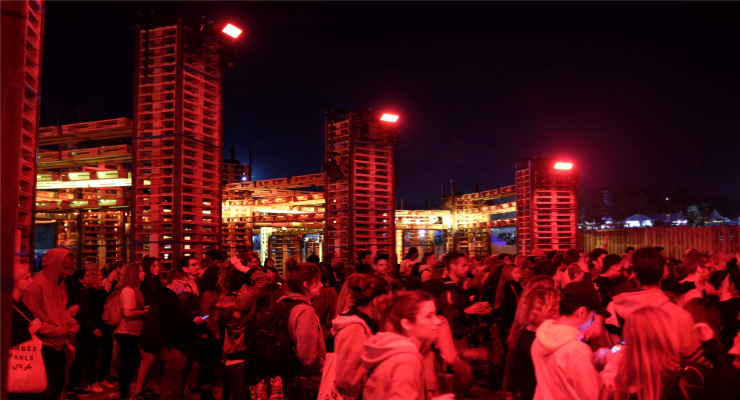 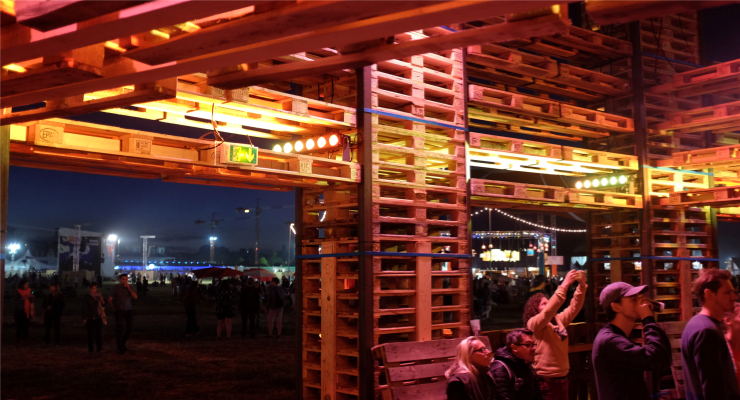 It is a unique product on the market with no competition at the moment.

Arena Club, a stage built entirely from pallets, came to life with help from four different SGM lighting fixtures. The light supported the special sculptural effect from the lamellas of the pallets. The Solidays Festival is a three day event in Paris. This year the event took place from June 24-26th with 200,000 visitors attending.

Frederic Fayard, aka Aldo, manager and director of Concept K, shared his thoughts on the project. He said that the main idea was to emphasize the scenography made with pallets. This required a solution that was both discrete and integrated into the decoration. At the same time, you had to think about a system that would fully facilitate the DJ sets. In these regards, Aldo highlighted the G-1 Beam moving head as playing the leading role, closely followed by the Q-7 RGBW flood blind strobe. “We had to respect the scenography and weight limitation”, he said. Due to their small size and low weight these two fixtures met his strict requirements. “These fixtures provide an extremely interesting weight/output ratio”, he pointed out.

Aldo added that they also chose the Q-7 because of its ability to provide both a basic color theme for the dance floor as well as heavy strobe effects. The latter being a feature that impressed him particularly.

The G-1 Beam functioned as a beam effect fixture, bringing a modern touch to the total impression. Aldo explained:
“I was looking for a powerful beam, which the G-1 certainly is. To be efficient enough, I needed a certain amount of fixtures. Swiftness is another advantage of the G-1. When it comes to DJ sets it is crucial to be able to create dynamic light. I think it is a clever product with its ability to mix key features such as battery, IP65 and wireless DMX. It is a unique product on the market with no competition at the moment. Plus it is a “real beam” that has no problem competing with traditional sources.”

The SixPacks formed the very heart of the setup. Being mounted on all vertical elements, the SixPacks underlined the design of the towers. Another group of fixtures covered all the horizontal orientations, linking all towers together.