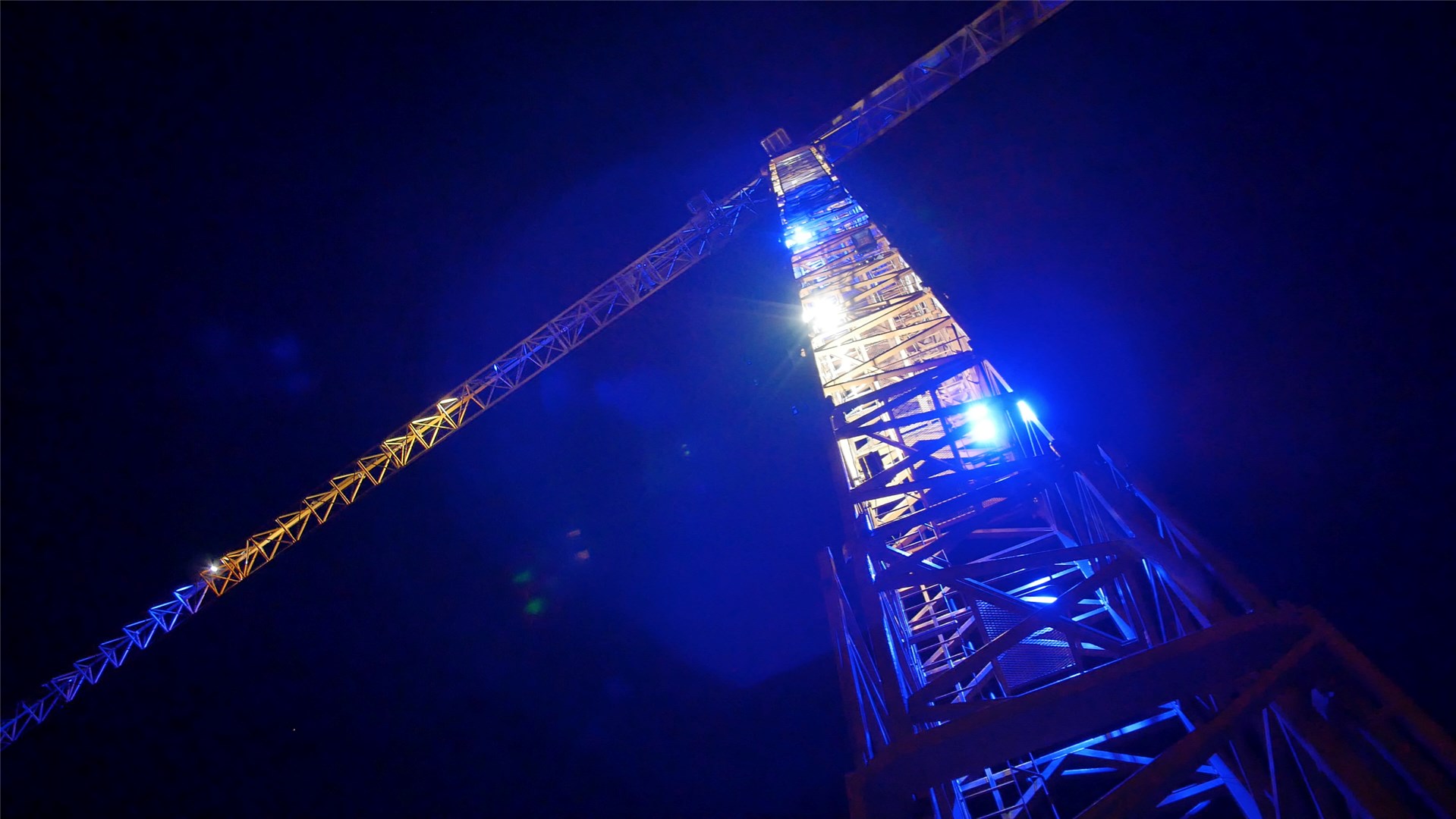 Reaching the heights and overcoming each challenge 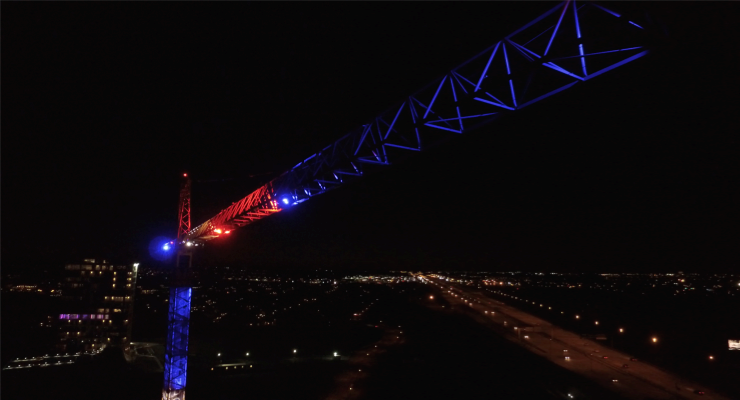 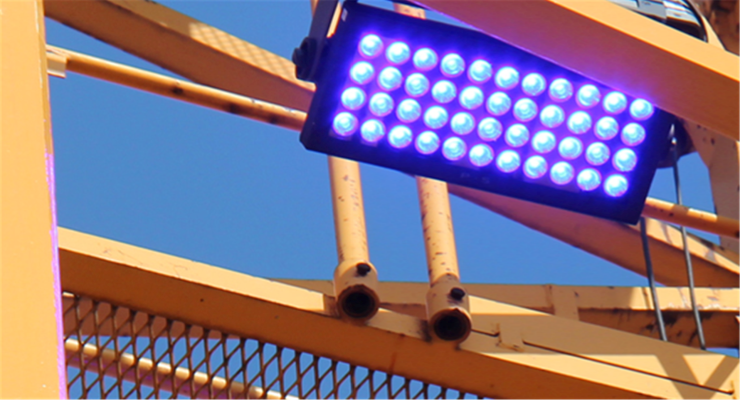 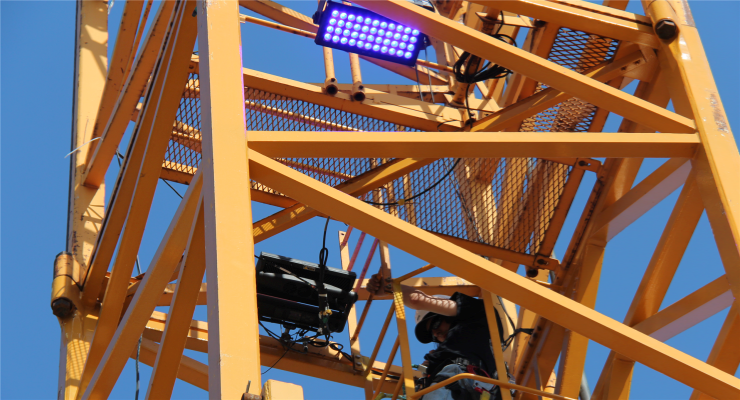 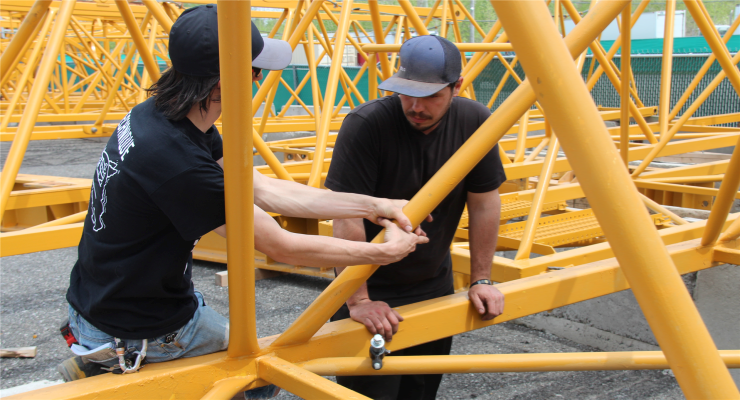 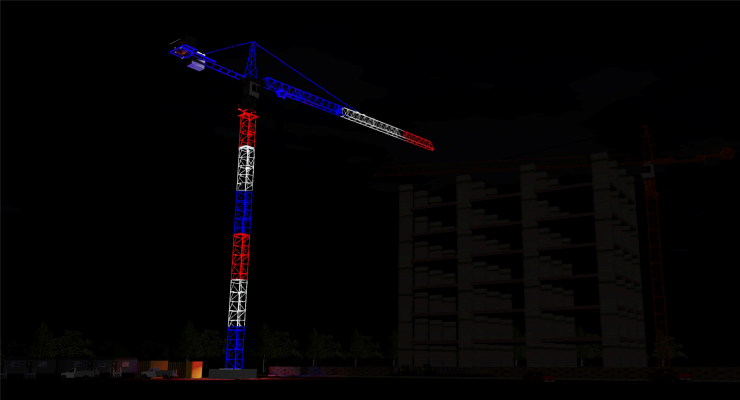 SGM’s P-2 and P-5 wash light fixtures teamed up with Creativ Nation. Formerly known as Le Diplomate, Creativ Nation has made many business upgrades and changes over the past few months. Additional to their rebranding, their stock in fixtures has also grown to make room for the revolutionary SGM IP65-rated P-5 LED wash light, which is now available for rental in the Montreal region.

Of course, there was the electrical supply to be taken into hand, but we soon forgot this aspect when we realized how small the power consumption of the P-5 and P-2 was.

Cranes of Montreal coming to life with SGM wash lights

Creativ Nation’s Martin Berthiaume was introduced to the architectural segment of SGM by Marc-Andre Turgeon, Sales Manager for SGM Canada. Berthiaume was curious to know more about the maintenance-free, outdoor-rated fixtures for a particular project in mind. Berthiaume elaborated: “My client had a great openness in terms of marketing and wanted to put promotional emphasis on his new real estate project under construction. A 30-story retirement tower, the highest in Canada!”
Soon the crane illumination project was underway.

Berthiaume knew that there would be extensive challenges to beautifully illuminate these structures while being mindful to not hinder the construction process. SGM’s wireless DMX technology provided great versatility without compromising the functionality of the wash light.

Berthiaume explained: “Our first challenge was to limit the installation of wiring so as not to obstruct the various mechanisms of the crane from a height of 200 feet. With the help of the wireless DMX technology of SGM, we were able to carry out this mandate with brilliance.”

This was not the only challenges faced by Creativ Nation’s Producer. Power consumption and output of the LEDs also factored into this project, however, these issues were also resolved deploying SGM’s luminaires due to their bright and powerful output, and relatively low power consumption. Berthiaume claimed: “Of course, there was the electrical supply to be taken into hand, but we soon forgot this aspect when we realized how small the power consumption of the P-5 and P-2 was.”

Lastly, it was important to create an eye-catching architectural piece without adding a large number of fixtures. SGM’s saturated colors and extremely bright output allowed Berthiaume to succeed with ease. “The end result was spectacular and enabled us to note that we had overestimated the number of units needed. The impact and enthusiasm around the illumination of the crane was a huge success and we are extremely proud of the realization.
Thanks to SGM for products of very high quality and especially to Marc André Turgeon without whom the project would never have seen the light!”

Marc-André Turgeon concluded: “Working with clients like Creativ Nation who are very open- minded to new opportunities and challenges has been a privilege for me. Seeing potential markets and being able to bring those ideas to people like Martin, who in turn take those ideas and translate them into reality, is a dream come true. Creativ Nation both understands our vision and embraces our vision for the future of both temporary and permanent architectural lighting. I look forward to working with Creativ Nation in the very near future on new and innovative projects.”

For this project, Creativ Nation deployed products from our entertainment range similar to the products displayed below, which are POI versions with a higher IP-rating for permanent outdoor installations.